For those that opened for the first time today, numerous reported lines—some dozens of people long—prior to opening at 10 a.m.

Frank Enriquez, a polling center lead at Houghton Park, said residents lined up outside the community center this morning, noting that around 300 voters had already cast their ballots by 1 p.m.

“It was busy in the morning, but it has died down since,” Enriquez said. “It’s been pretty smooth so far, just a couple of voters needed some help on the new voting system.” 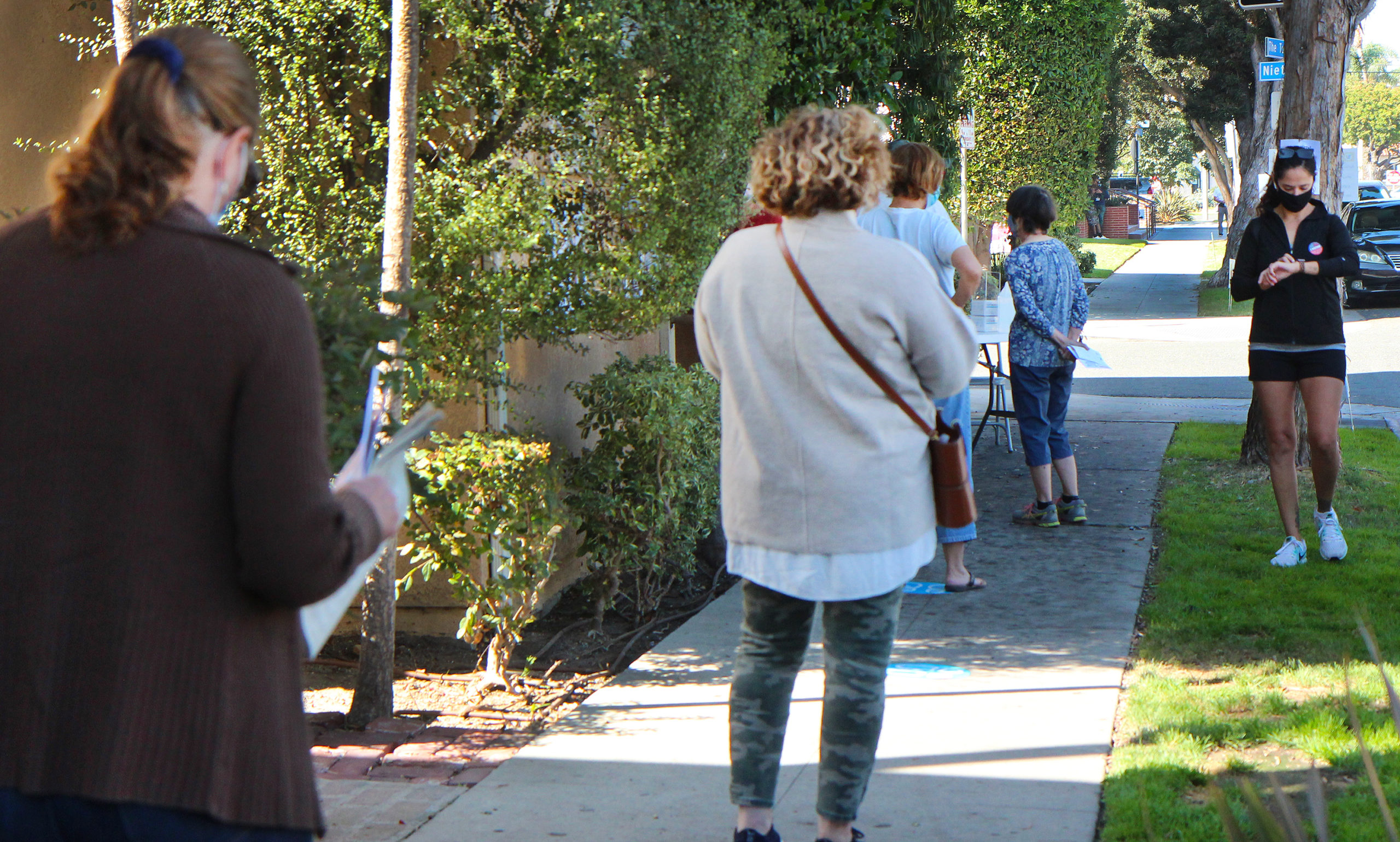 Some centers, including the Jordan High School and Pan American Park locations, reported minor technological glitches. However, with each center having an onsite technician, the issues were quickly sorted out and had little impact.

For the centers that had been open since Saturday, the flow of voters was slow today. A poll worker at the International City Masonic Center said they experienced lines on their first day but have since had a slow but consistent trickle of voters.

Nearly one-third of Long Beach voters had already cast their ballots as of Wednesday, according to the City Clerk. Despite the number of residents voting early, city officials expect a historic voter turnout on Election Day. 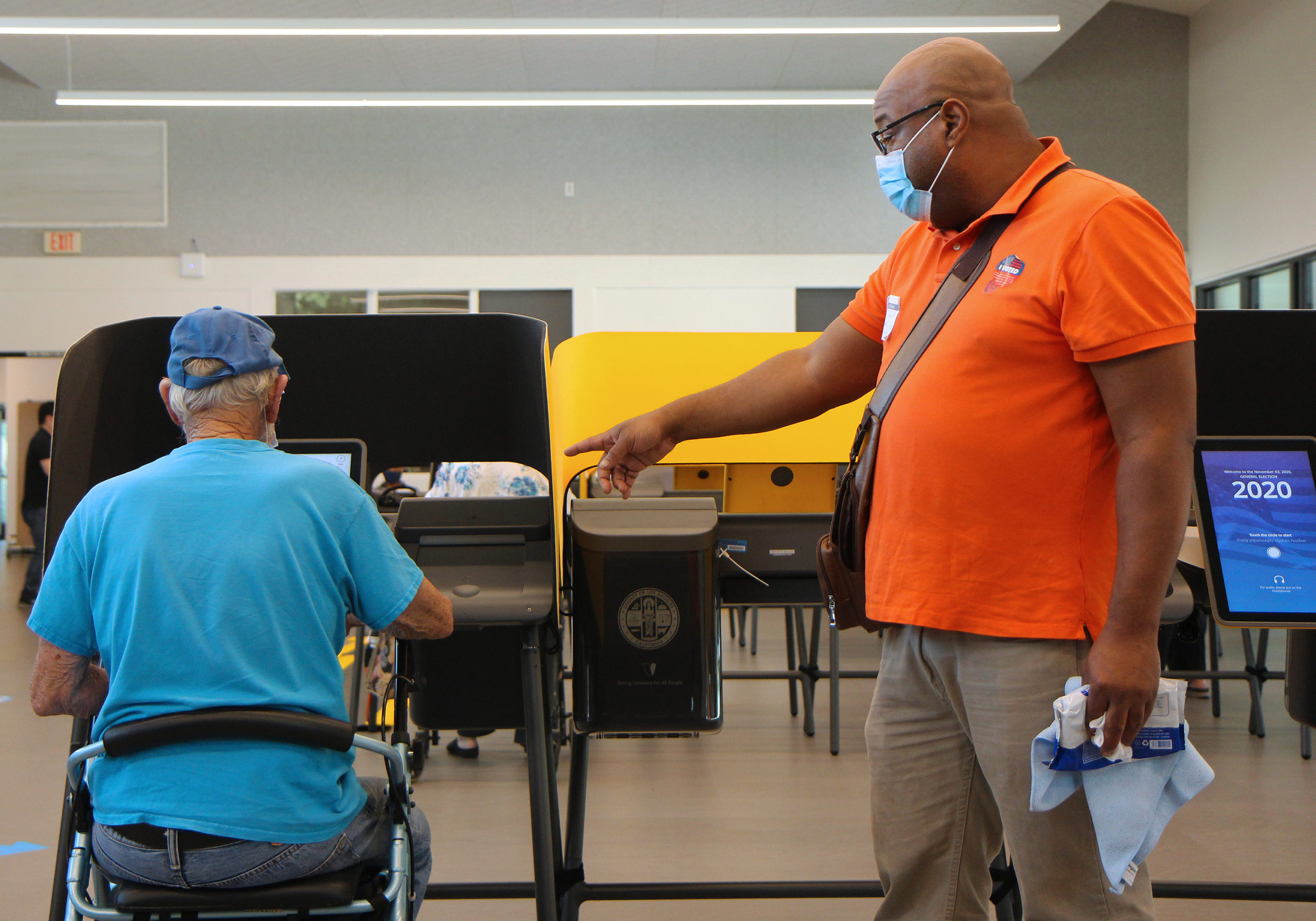 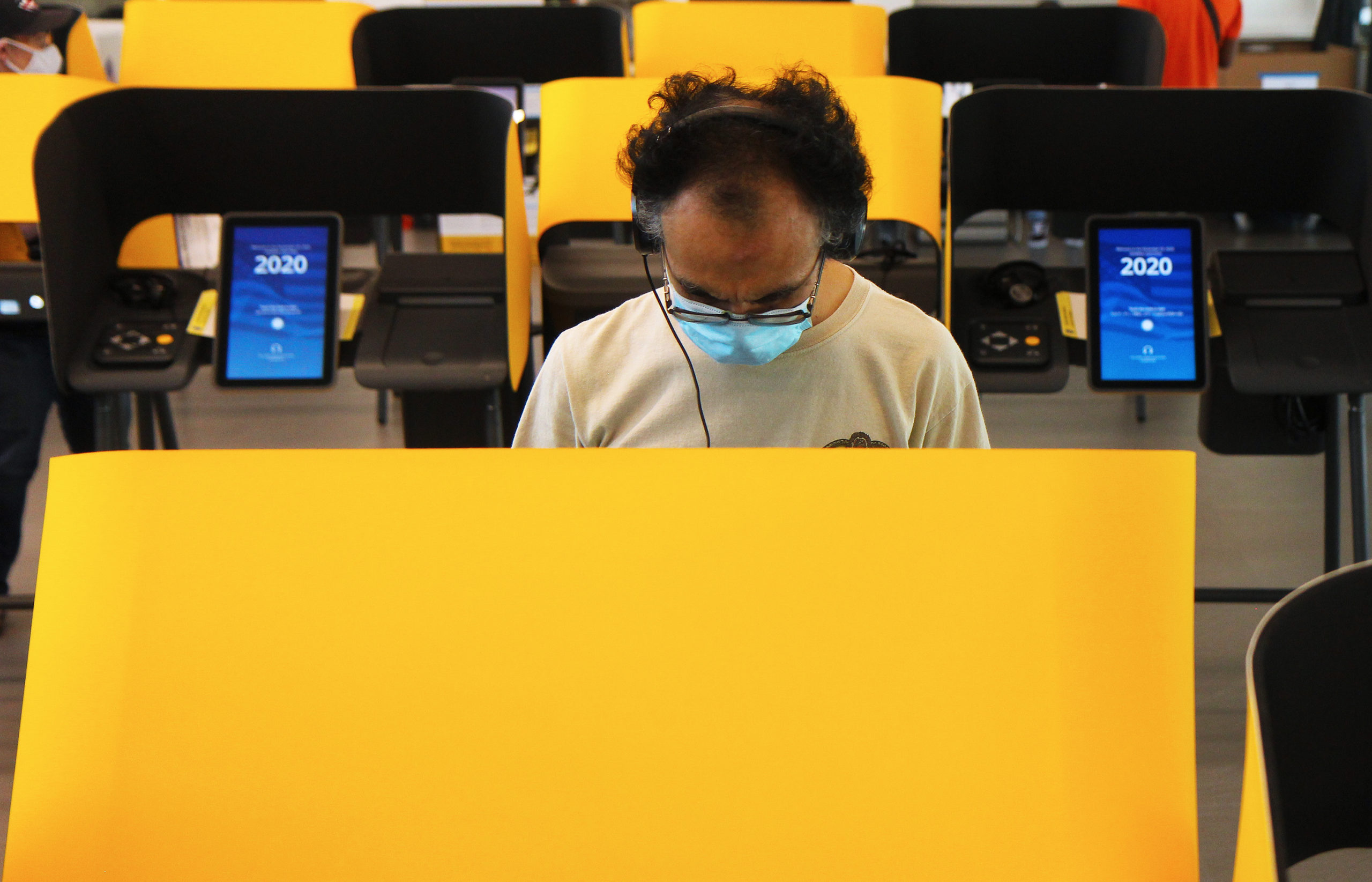 A resident casts their ballot early at the Houghton Park Community Center in North Long Beach. Photo by Brandon Richardson. 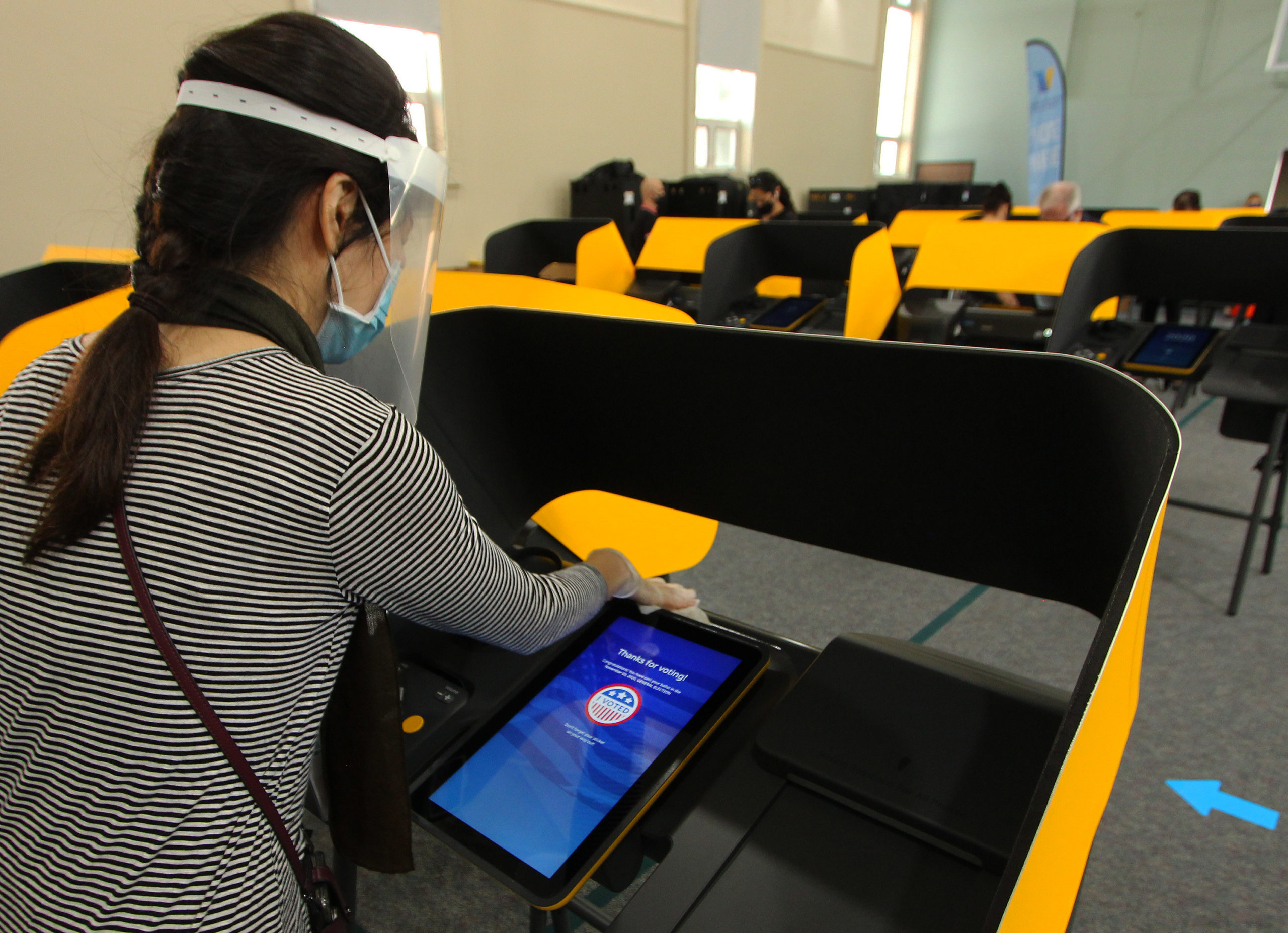 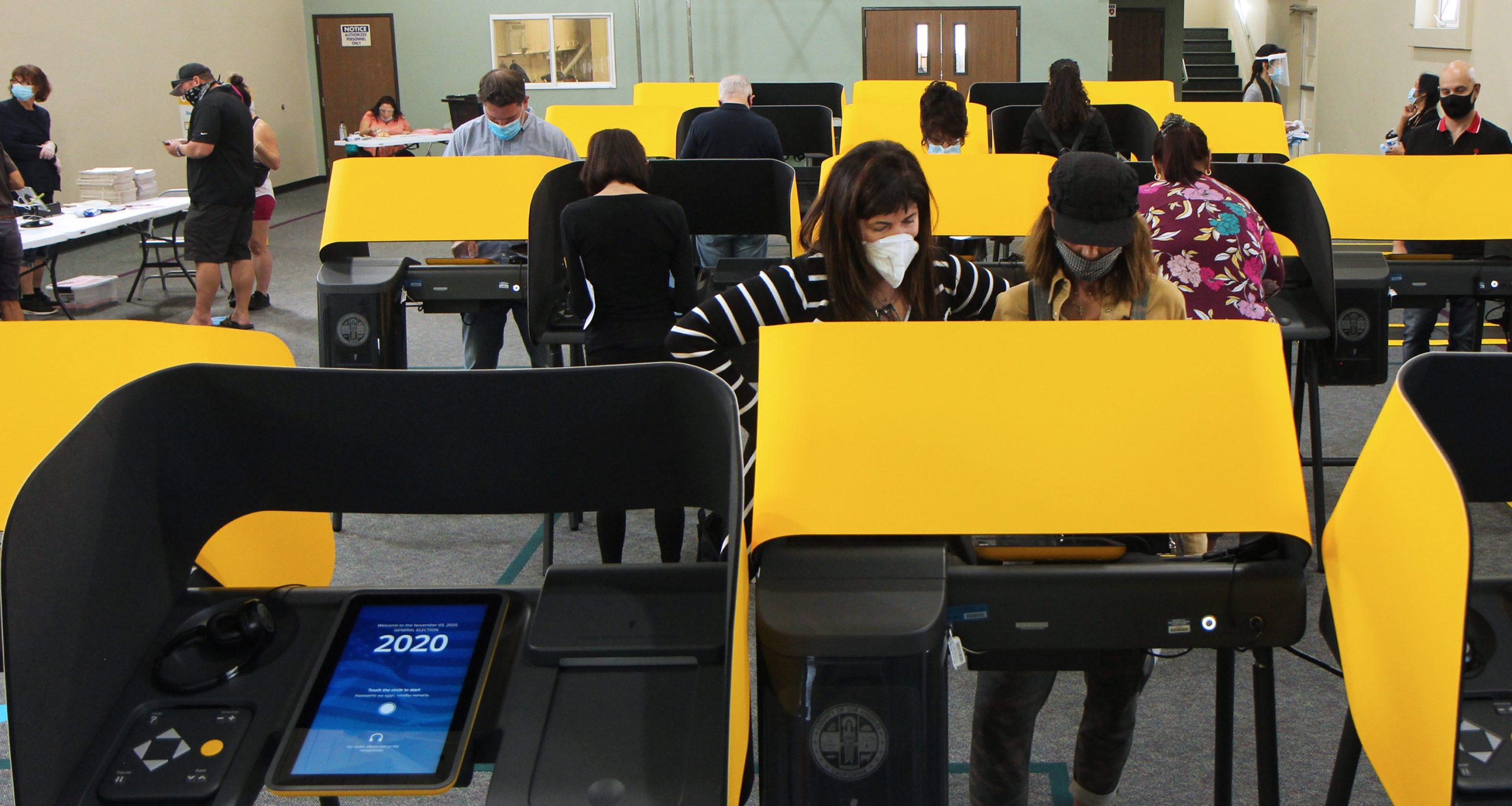 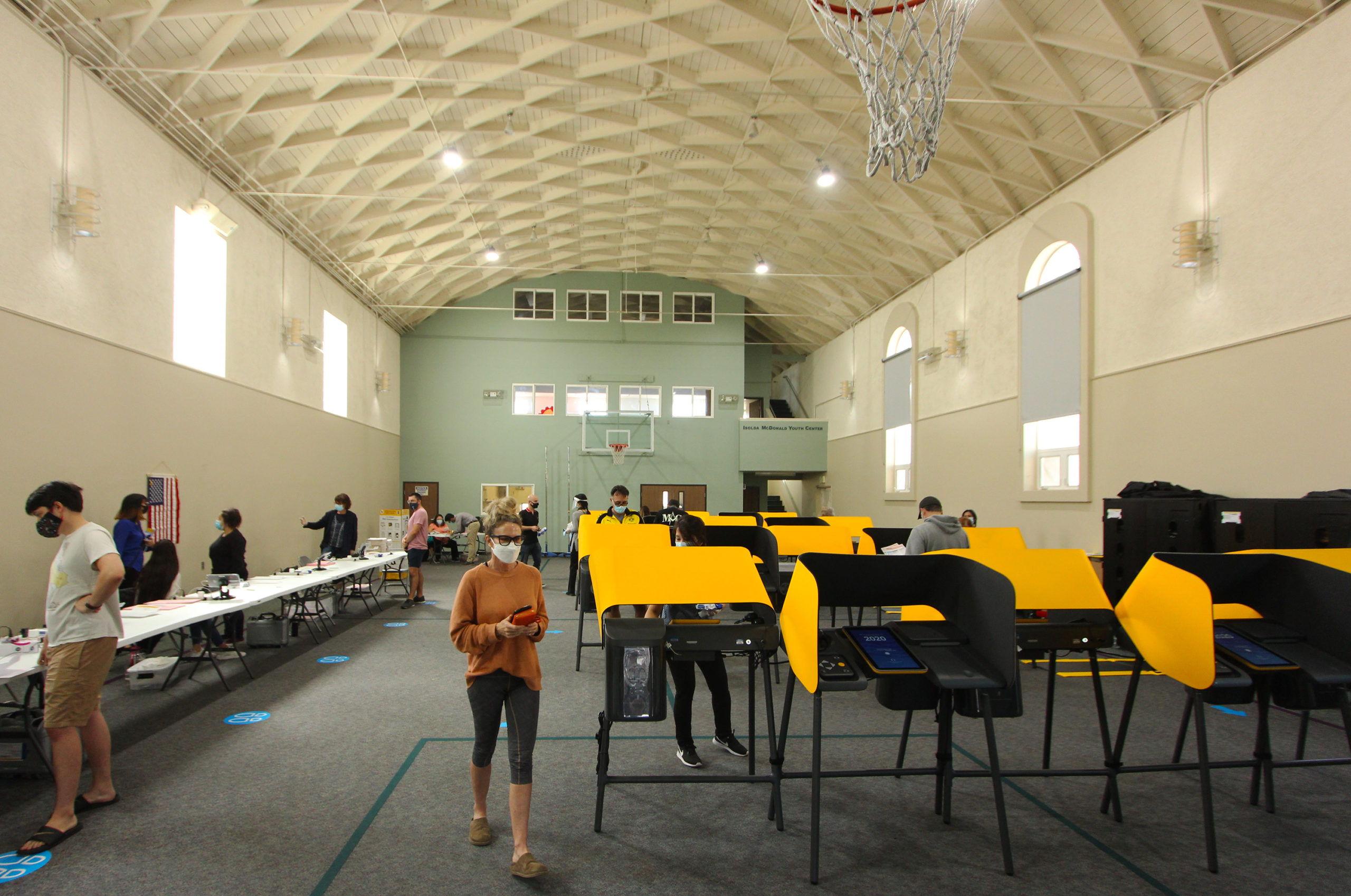