A woman sitting at a bus stop was killed this afternoon when an SUV spun out and crashed into her at the intersection of Seventh Street and Cherry Avenue, witnesses said.

Long Beach police said they were investigating the fatal crash, which happened around 2:45 p.m.

Witnesses said the woman was at a bus stop at the northwest corner of Cherry and Seventh when a driver in a white SUV heading northbound on Cherry sped up, trying to beat a red light, and clipped a black sedan heading west on Seventh Street.

The SUV spun out of control and smashed into the woman, witnesses said.

“It was horrible,” said witness Maddy Kilpatrick, who was in a car behind the black sedan. 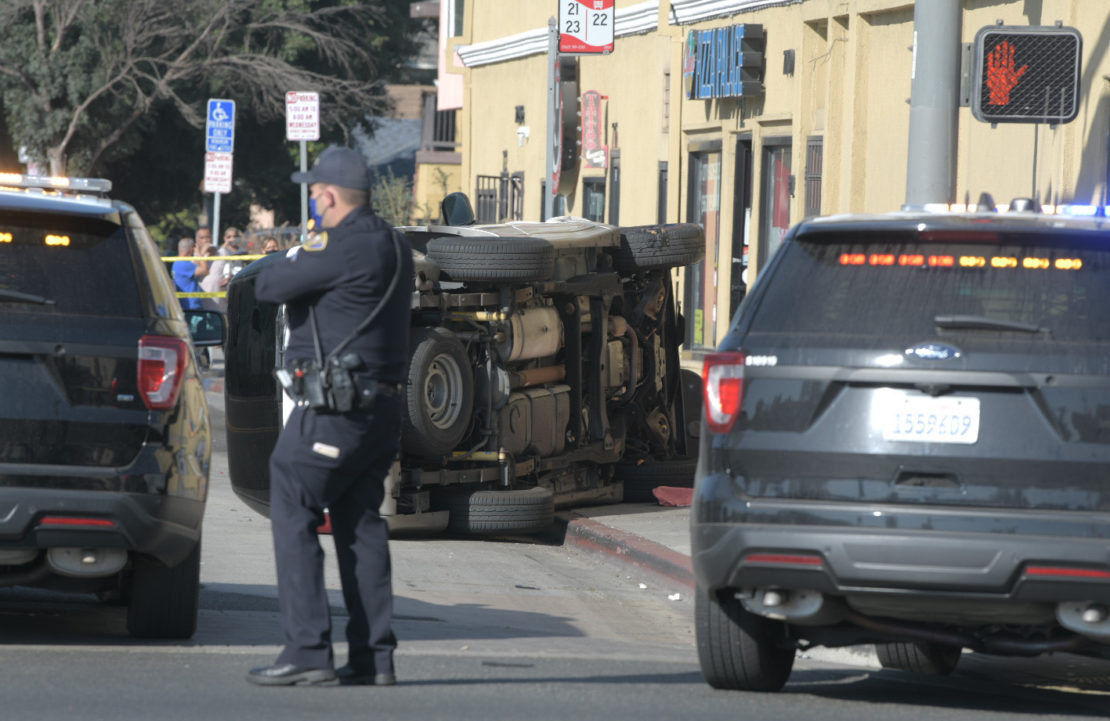 Long Beach police at the scene of a fatal crash at Seventh Street and Cherry Avenue on Friday, Oct. 30, 2020. Photo by Thomas R. Cordova.

Another witness, Lamar, who asked not to give his last name, said the woman was holding a pizza that she had just picked up from the nearby Pizza Palace. He said the woman lives in area but he did not know her name.

Both drivers involved in the crash stayed at the scene and cooperated with detectives, who so far haven’t found any evidence of distracted or impaired driving, LBPD spokeswoman Allison Gallagher said.

Editor’s note: This story was updated with more details from witnesses and police. It was updated again on Monday, Nov. 2 with Lesne’s name.