Anyone calling the nonemergency number for police dispatch in Long Beach will now be diverted to a phone tree instead of immediately getting a live operator on the phone, a move intended to divert a deluge of calls taking time away from more urgent 911 incidents.

Until last week, dispatchers at the city’s communication center were responsible for handling all 911 calls and all calls phoned into the police department’s nonemergency dispatch number: 562-435-6711. Now, that nonemergency number will connect callers to a phone tree with a prerecorded list of nonemergency services.

City officials said they made the move because, since 2017, Long Beach has seen a large increase in the number of nonemergency calls to the 911 communication center.

“There has been a change in tide where we handle more nonemergency calls rather than emergency,” said Dan Cunningham, communications center officer. Those calls range from someone reporting an animal nuisance to requesting towing information. They encompass any incident that doesn’t require immediate attention from first-responders.

In 2021, nearly 60% of all calls received by the communication center were for nonemergency services, according to a statement from Reginald Harrison, the director of disaster preparedness and emergency communications. 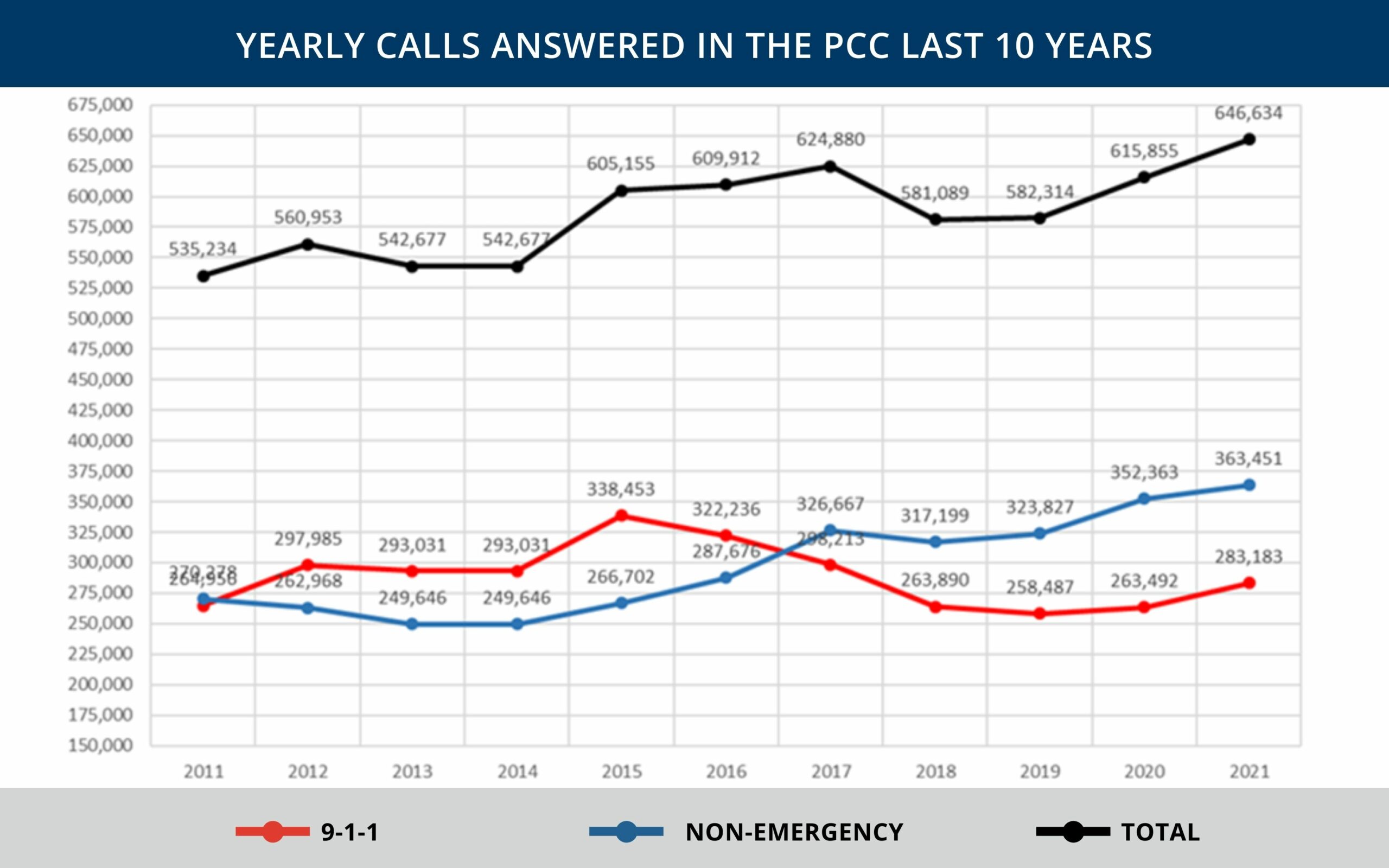 The chart represents the yearly calls answered by dispatchers at the communication center over the last 10 years. Image courtesy of the City of Long Beach.

Cunningham points to the pandemic as one of the reasons for the spike in nonemergency calls. As more people were stuck at home, they witnessed and reported more incidents that need attention but aren’t necessarily emergencies, he said.

“The nonemergency phone tree is a win-win for everyone,” Harrison said in a statement. “It will reduce the high volume of nonemergency calls answered by dispatchers, allowing them to more efficiently assist residents with urgent needs, and will provide nonemergency callers with quicker access to the resources they need.”

Callers will have the option of accessing services in English, Spanish, Tagalog and Khmer through the city’s Language Access Program, Harrison said.

The city reminded residents to still call 911 if they are experiencing or witnessing a crime or emergency.