An off-duty Long Beach Police Department officer died Thursday afternoon after a collision between a motorcycle and an SUV on Ocean Boulevard near Esperanza Avenue.

The Long Beach Police Officer’s Association confirmed in a Facebook post that the victim is 33-year-old officer Anton Fischer. He was driving to work when the crash happened, according to the union. Fischer joined LBPD in 2017, it said. 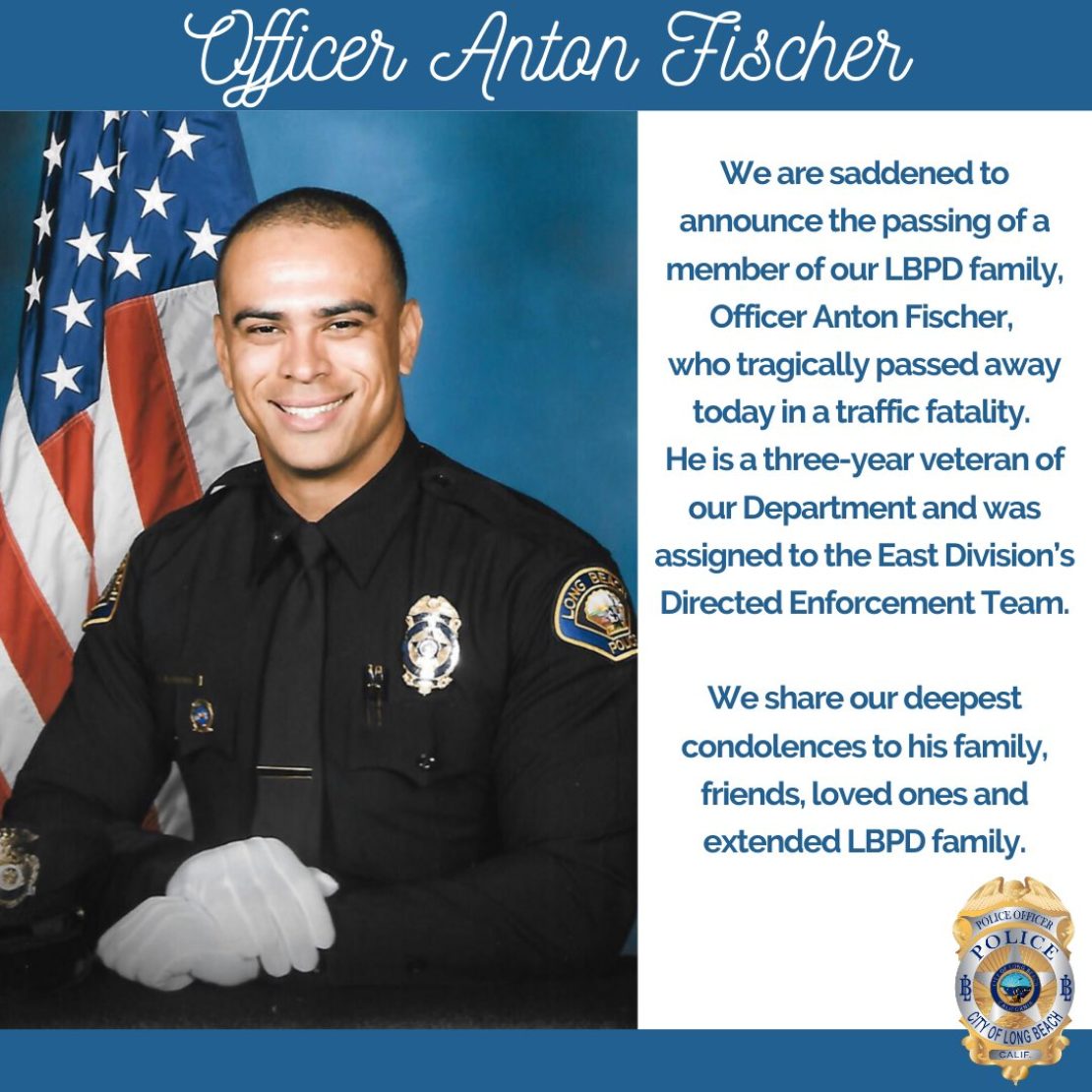 The crash happened at about 2:25 p.m. between a white SUV and a black motorcycle.

“The preliminary investigation indicates that the motorcyclist was traveling eastbound on Ocean Boulevard when the driver of a 2011 Jeep Grand Cherokee made a left turn from 7th Place to westbound Ocean Avenue,” police said. “The motorcyclist was unable to stop in time and struck the side of the Jeep.”

The force of the impact activated the SUV’s airbags and pushed it up onto a curb on the westbound side of Ocean Boulevard.

The wreck left the motorcycle in pieces on the ground in the furthest eastbound lane of the boulevard. A man with “substantial injuries” was transported to a local hospital after the crash, according to a fire department spokesman. He later succumbed to his injuries, Officer Ivan Garcia said.

The driver of the SUV stayed on scene and is cooperating with the investigation, Garcia said.

Witnesses in the area heard the crash and came out of their homes to see what happened. One witness, Jodie Lambert, said she heard the crash from blocks away and ran outside to give aid. As a former EMT, she didn’t want anyone to try to move the victim and cause more harm. A nurse also ran up and took the lead in giving aid, Lambert said.

Lambert assisted by making sure no one else tried to move him, but said Fischer’s wife soon ran onto the scene.

“I guess she heard it happened and knew it was him and ran out crying,” Lambert said.

The nurse could still feel Fischer’s pulse before paramedics took him to the hospital, so Lambert had hoped he would be OK, she said.

Police still had both directions of Ocean Boulevard blocked off from 6th Place to Falcon Avenue as of 5 p.m. while they investigated the crash.

Editor’s note: This story has been updated with additional information from witnesses. 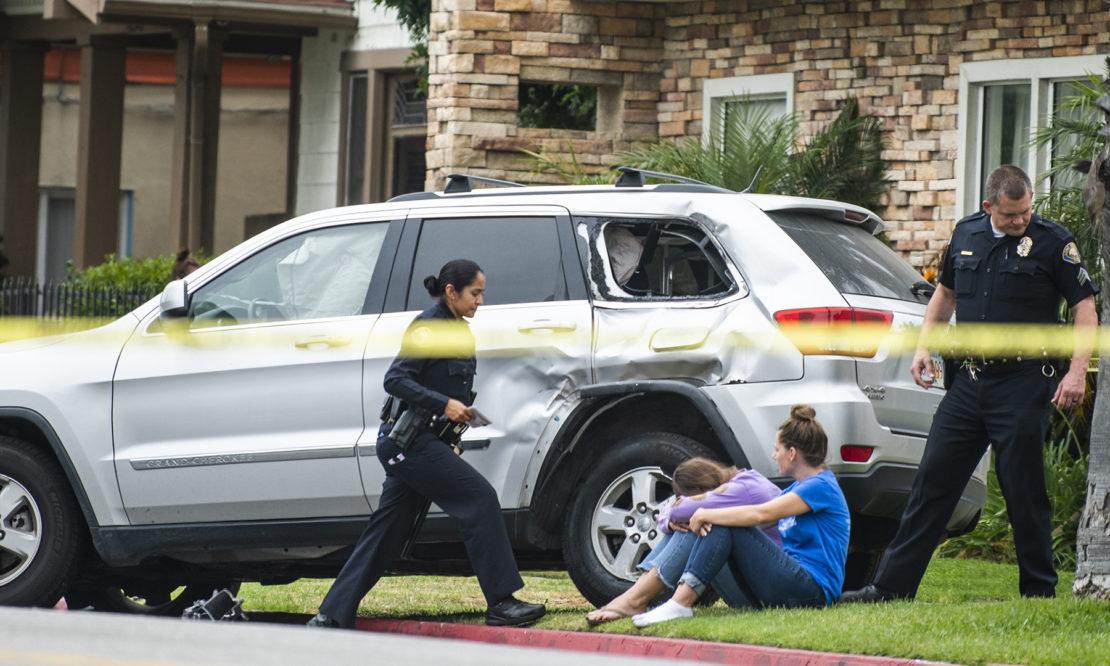 Two women sit next to a vehicle that collided with a motorcyclist, who was injured on Ocean Blvd and Esperanza Ave in Long Beach Thursday, June 4, 2020. Photo by Thomas R. Cordova.