Over 100 Cal State Long Beach faculty members signed a letter in support of one of their colleagues, Steven Osuna, who recently accused campus police of racial profiling and discrimination when an officer refused to unlock a door for him on May 25.

The letter, dated Aug. 1 and addressed to CSULB President Jane Close Conoley and the CSU Board of Trustees, is in direct response to a complaint made last month by the union representing CSULB police that accused Osuna of misconduct and of being dishonest, saying the officer was simply following the current policy for unlocking campus doors. Faculty members are now asking campus administrators to publicly condemn the claims made by the Statewide University Police Association, saying that the treatment of Osuna was a gross example of systemic racism that is now being minimized to an issue of administrative procedure. 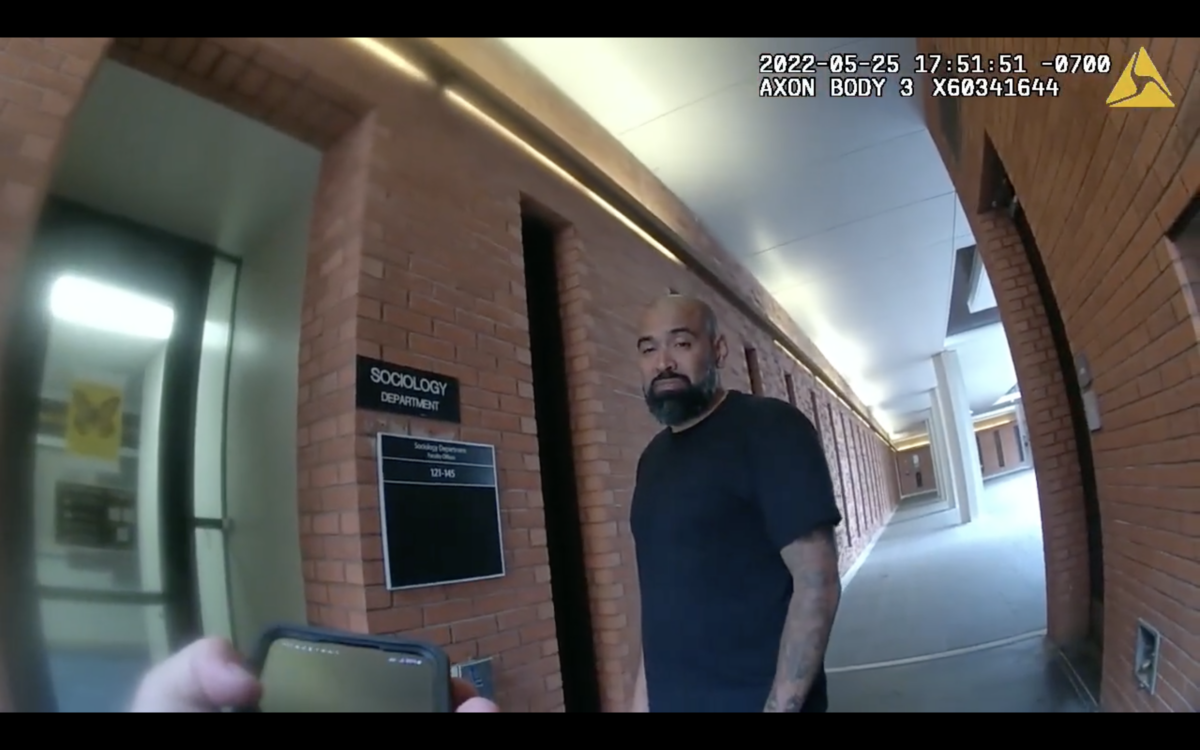 On July 27, the union released body camera footage of the six-minute interaction between Osuna and the officer. The footage shows the officer asking Osuna if he has any photo identification. Osuna did not; he told the officer he had lost his wallet that contained his ID and had left his keys and cellphone in his office. The officer was ultimately advised by a supervisor to not let Osuna enter the building. “If I was a White professor you’d be fine with this,” Osuna says in response.

“Such police encounters with faculty of color routinely begin with assumptions of suspicion and criminality on the part of officers, due to pervasive forms of implicit bias and structural racism, rather than from positions of collegiality, aid, and collaboration,” the letter states.

Following the encounter, university spokesperson Gregory Woods said in a statement that the university did not believe the officer acted inappropriately but acknowledged that “Systemic racism and abuse of power by police in this country are real, profound challenges.” Osuna, on the other hand, believes that he was “put into a presumption of guilt, rather than of innocence,” because of his ethnicity.

In the letter, some of Osuna’s white colleagues shared personal testimonies of instances of campus police opening their office doors with no hesitation, sometimes without ever asking for identification.

“I remember locking myself out of my office on three occasions without an ID outside. Each time someone unlocked the door for me. The first two times, both in 2015-2016, armed campus police arrived to assist me,” wrote Kimberly Walters, associate professor of international studies. Walters said Osuna’s identity could have been verified in other ways and was disturbed by the way he was treated.

Ron Loewe, professor of anthropology, recalled being locked out of his office without any identification multiple times. “In all the years I’ve taught here, I’ve never been told about a campus policy prohibiting an officer from unlocking a faculty office or requiring us to show an ID,” he said.

Osuna said he was appreciative of “all the solidarity and support from my colleagues and community. The open letter demonstrates that my incident with UPD is not an isolated one.”

CSULB faculty, alongside Osuna and the Long Beach chapter of the California Faculty Association, is asking for proper accountability of the University Police Department. The group is seeking to revise the door unlocking policy and create a Campus Police Accountability Council to encourage transparency and communication.

“There is a need for systemic change,” said Osuna.