Take a look at this house.

Does it have charm? Does it have the potential for charm? If you close your eyes can you imagine it having been charming when it was young and new?

The house is fairly hidden on Smith Place, a tiny dead-end spur jutting east of the 2100 block of Orange Avenue. It’s affordable, after a fashion, relative to most houses for sale in Long Beach. Weird that we think of $375,000 as being affordable, but in a city awash in $1 million homes that a couple of generations ago cost in the mid- to low five figures, it is, in fact, affordable. Put $75,000 down and you can probably keep your monthly payment to about $1,700. That’s a pretty good rent payment equivalent and one that will never go up.

Still. Would you live there? Maybe. Probably not. It’s lacking windows, with boards nailed over what used to be windows, both inside and out. Wiring is exposed. It could use paint and who knows what else.

“It needs a bit of work,” is the understatement by listing Realtor William Vinter, of Refined Realty. When asked if the house is a tear-down, he insisted it is not. “You put a few dollars into it and you’ll have a nice place.”

Still, you might look at the property and fail to see the potential.

Historically, this house, at 1201 E. Smith Place, with its one bedroom and its one bath in 564 square feet, likely never held high aspirations. Who’s it kidding? It was aware of what it was: a place for a cozy family of two and a dog, tops, to live in and call their own.

Maybe Mrs. Harry Laughran, who lived there when the house was new in 1922, proudly planted a bed of roses and zinnias in the front yard and shared coffee with her neighbors. Soon after she moved into the house, perhaps with her husband, but maybe she was alone, the gas company came and hooked up the utility. Now she could cook and heat with gas. The house was getting modernized and gussied up for the impending Great Depression.

When that economic disaster came a few years later, Harry J. Swarz and his wife Margaret moved from Dallas into the house on Smith Place. Maybe they were happy at first in the little house, but the walls might’ve closed in on them at some point toward the middle of 1929. They needed space, maybe, and the little house was simply unable to give it to them.

In June of that year, Harry filed a divorce complaint against Margaret, charging she treated him with “extreme cruelty” in following him to the Los Angeles Coliseum during a Shriners convention and “cursing and reviling him in front of his brother Shriners causing great humiliation and mortification,” according to a notice printed in the Los Angeles Times. Harry threw in the accusation that Margaret, the firecracker that she was, “took a potshot” at him in Dallas once and many times threatened to kill him.

In the mid-1930s, the home’s owner apparently bred wire-haired terriers and took out several ads in the newspaper for a couple of years offering them for sale.

A real estate advertisement in the Long Beach Independent in 1948 offered the house for $5,950, describing it as, “1 bedroom plus garage sleeping room. Will exchange for 3-bedroom.” 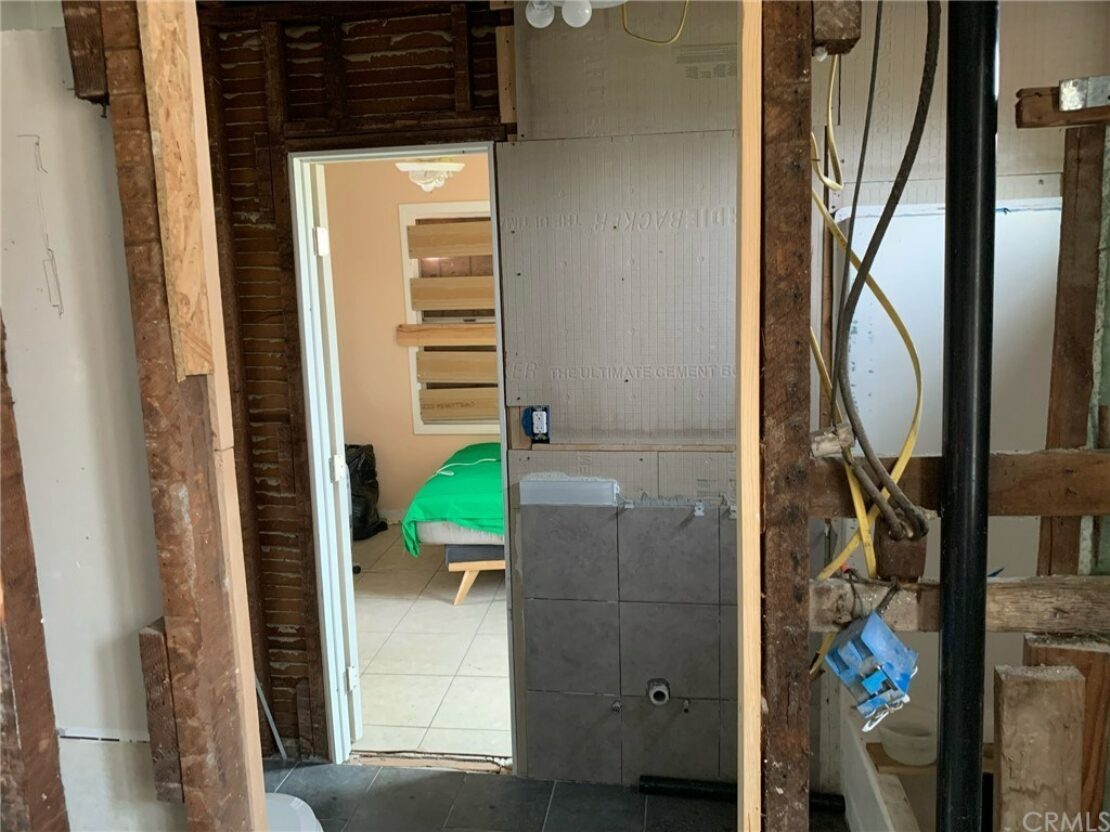 A glimpse at the home’s bedroom at 1201 Smith Place. Listing photo.

“Garage sleeping room?” OK, this was 72 years ago, so it’s possible to imagine this garage could have provided a nice place to sleep back then, but those days are gone now. It’s reduced to what it would look like if I tried to build a porte cochère, when I can’t even build a planter box.

In 1952, Vera Fordham lived in the house, where she penned several letters to the editor to the Press-Telegram, urging Congress not to accept the U.N. Bill of Rights (“it will take precedence over our own cherished Constitution”). In another letter, Fordham referenced a quote from Adlai Stevenson who said that if he got the Democratic presidential nomination “I’d shoot myself.” (Though a reluctant candidate, he did win the nomination in 1952, and again in 1956 and never once shot himself). What Fordham wondered in her letter to the editor was, “Have you any idea when and where the event will take place?”

Perhaps because they were so familiar with their loyal reader and correspondent, the editors of the Press-Telegram published a short piece to help Fordham retrieve a short, red flannel coat that she left at a picnic in Bixby Park. “The coat is the only one I have and I need a coat,” Fordham is quoted as saying. “And I need a coat—even in California.”

Fordham’s last appearance in the paper was her obituary published a few days after her death on New Year’s Eve in 1953. She was 67.

And so it went for the little house in the middle of town, riding the wild rollercoaster of home values, though not to the dizzying heights of some homes in the high-dollar neighborhoods along the coast. It’s gone up, but just to what now seems to be a perfectly reasonable price.

The listing does mention that it’s close to the beach, though it would still be handy to drive to the ocean or at least be transportation-savvy enough to know how to grapple with a bus ride, because it’s more than a few steps.

But that’s about as glowing as the usually-rhapsodic real-estate description gets for the Smith Place house. In fact, the description is less of a hyperbolic sales pitch than a dire warning:

“Listing agents do not represent or guarantee accuracy of the square footage, lot size or lot lines/dimensions, permitted or unpermitted spaces, school boundary lines or eligibility, or other information concerning the conditions or features of the property. Buyer is advised to independently verify the accuracy of all information. Property to be sold As-Is, no repair credits to be given to the buyer.” 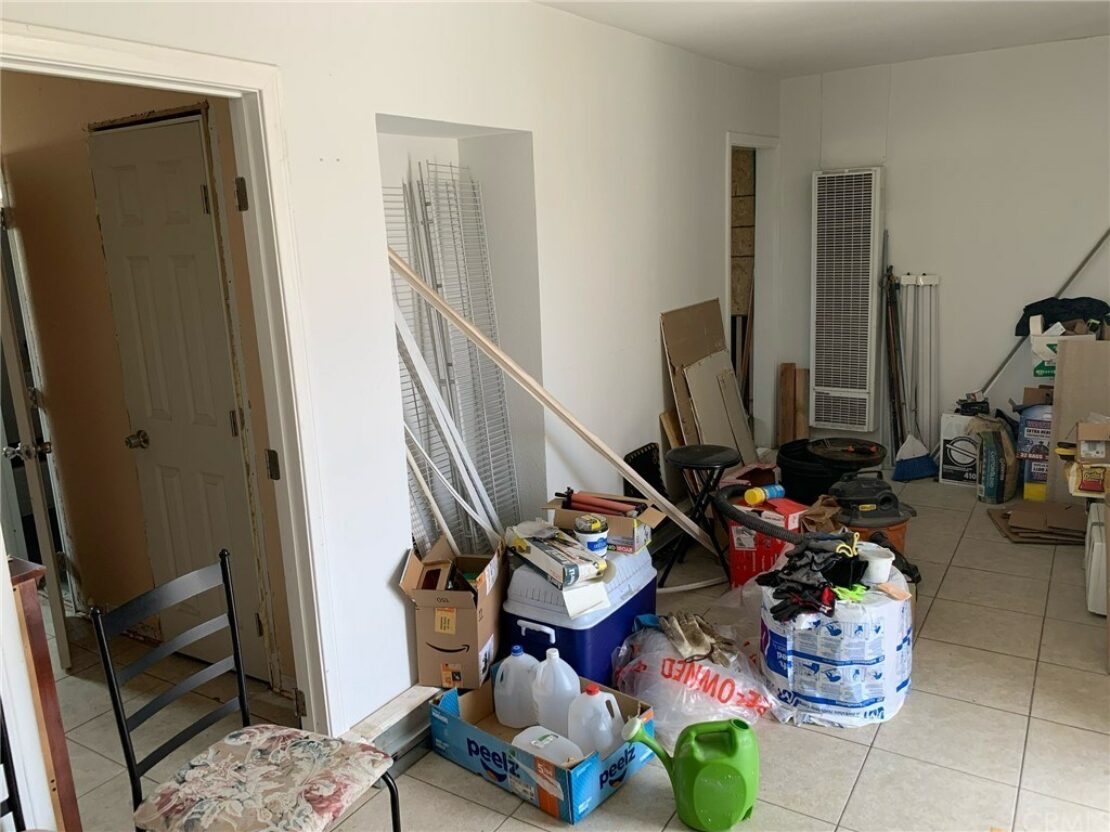 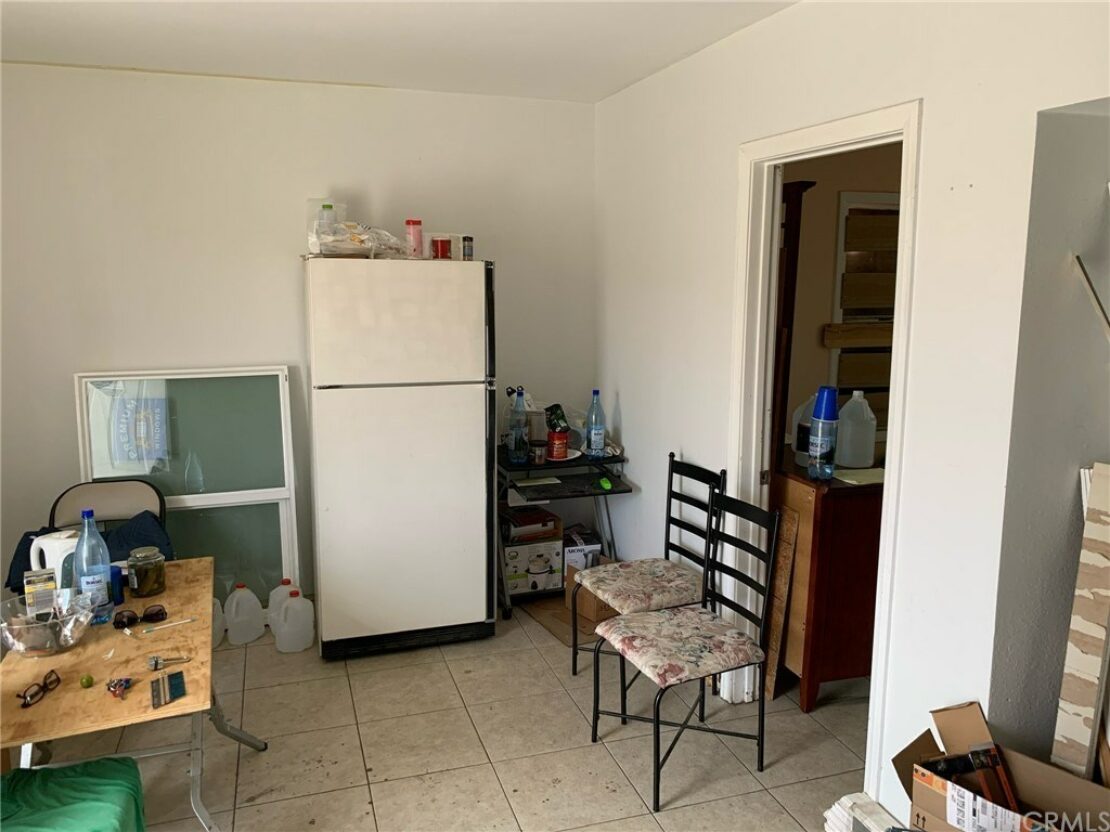 The kitchen in the house on Smith Place. Listing photo. 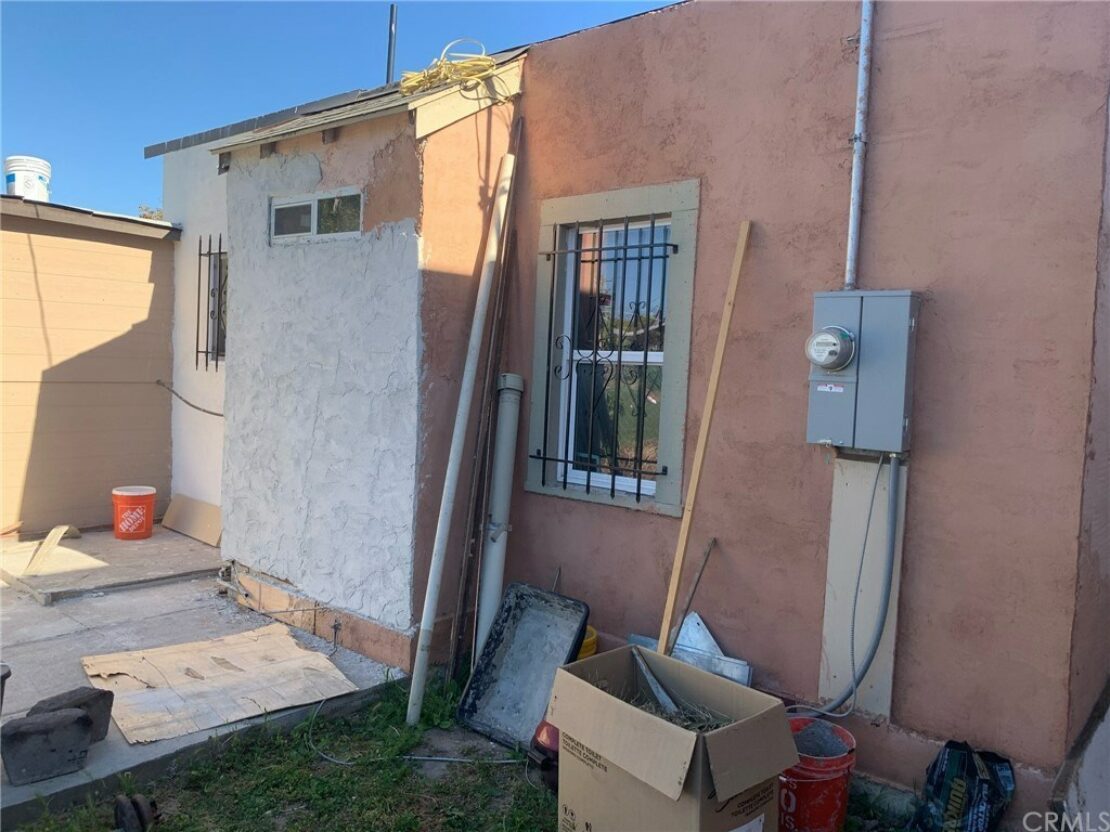 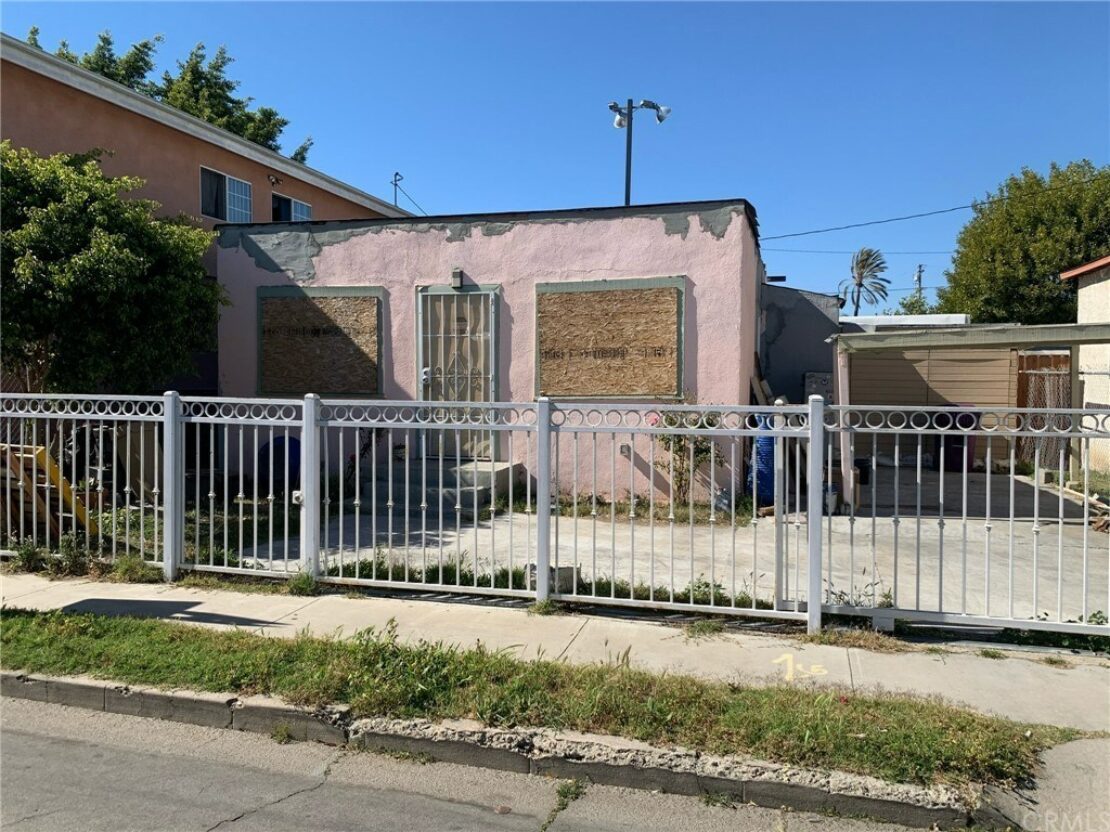 Another view of the house on Smith Place. Listing photo.