What keeps the number low is the rapidity with which homes priced in the $700,000-$800,000 range in areas with good schools and other amenities have been snapped up over the last couple of years, particularly at the height (or low) of the COVID-19 era, frequently at well over listing prices to the frustration of many would-be first-time homebuyers.

Now, many of those homes in the sub-$1 million range have crested the seven-figure mark and the insane prices following years of double-digit value increases, coupled with inflation and increasing interest rates have many real estate experts proclaiming that the trend is beginning to swing back from the longtime seller’s market to becoming at least a little more friendly to buyers.

Nationally, the 35-day figure for days on the market has increased slowly over the last couple of years, but it’s difficult to apply national figures to Long Beach, where the median home price is $869,500 compared to $449,000 for the country.

While homes are still selling relatively quickly in Long Beach, there is a handful of properties that have been languishing in the listings, doing their best to increase the median figure for how long it takes homes in the city to find buyers.

Here are the five longest-listed homes currently (still) for sale in Long Beach as of Thursday, according to Redfin. 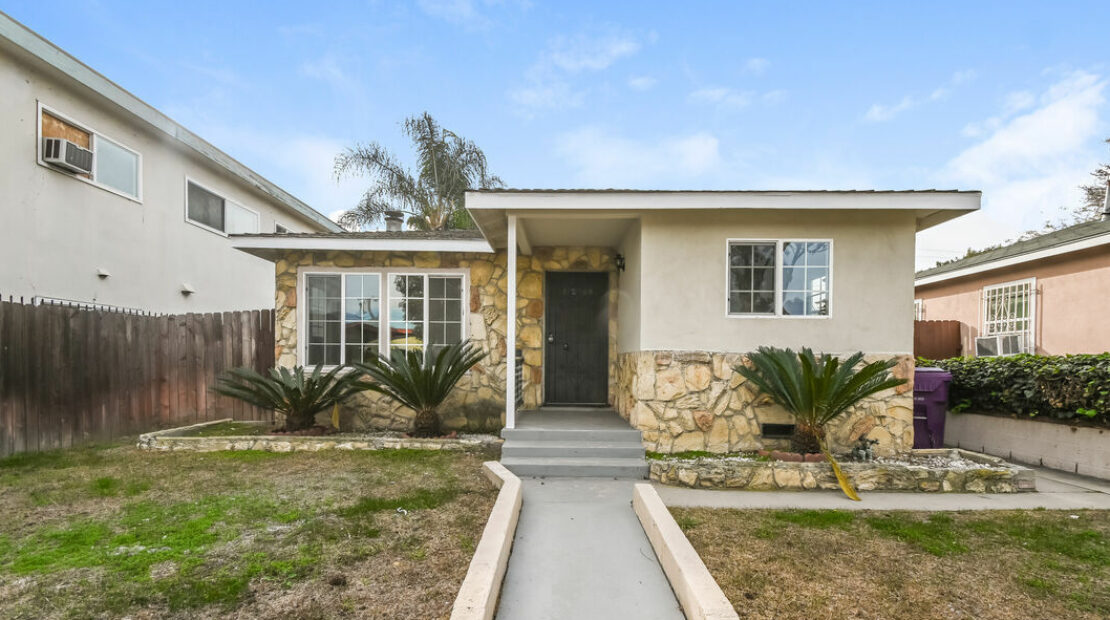 This home on the lower west side has been on the market for 200 days. Redfin photo.

Listed at a fair price of $630,000, there’s not a lot wrong with this house except for its location on the lower west side, a couple of blocks east of Santa Fe Avenue and north of Pacific Coast Highway. Its curb appeal is near zero with just a couple of stubborn palms surviving the drought that’s largely killed off the lawn. Inside, it’s a pretty nice and clean house, with fine cabinetry in the kitchen, a cozy living room with a handsome fireplace and an expansive covered patio in the otherwise featureless backyard. It’s got three bedrooms and two baths in 1,087 square feet. It’s listed by Ben Braksick of Opendoor. 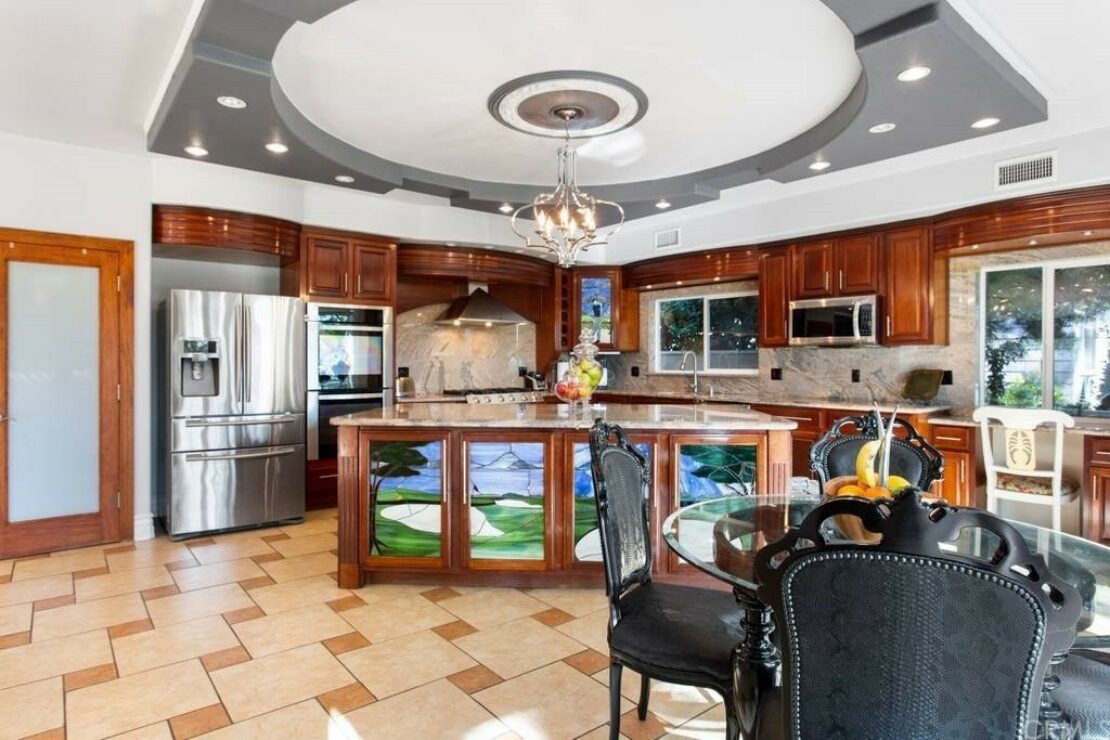 Look, there are some very expensive houses for sale that just aren’t for everyone. This $2.255 million home in a gated community on Country Club Lane in Los Cerritos looks beautiful from the outside, but once inside you might realize that it was designed for a very specific person with a taste for golf, movies and over-the-top opulence. Colors are garish, vast expanses of space are frittered away, the kitchen looks like a bar at Augusta National Golf Club. This isn’t a house for everyone, in fact, it’s just a house for the people who are selling it. If you buy it, set aside an extra million or two to redo the interior. The home, listed by Debbie Thorpe, has five bedrooms and five baths in 4,744 square feet and a nice view of Virginia Country Club’s golf course. 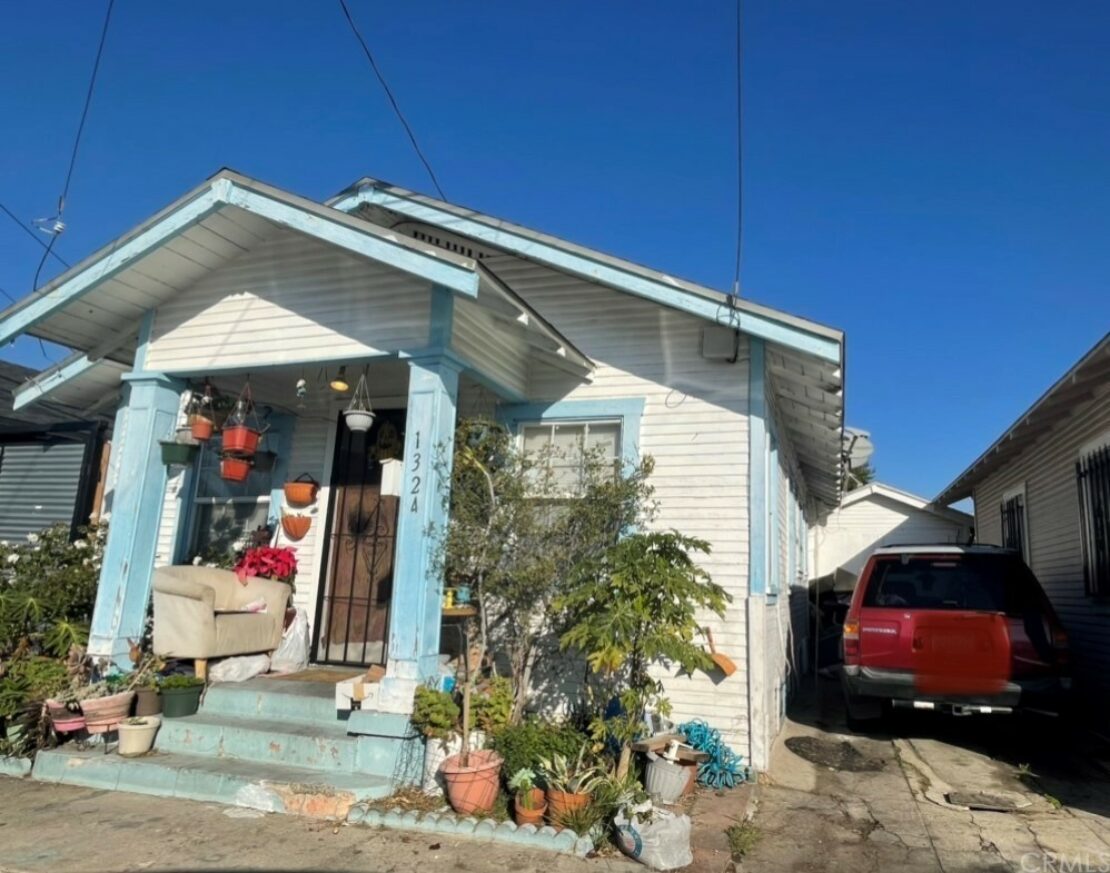 This one-bedroom, one-bath home in Cambodia Town is the cheapest home for sale in Long Beach, listed at $365,000. Redfin photo.

At $365,000, this is the cheapest home currently for sale in Long Beach and while that figure might approach the national median, it’s rock bottom here, and if you’re looking for a house to live in, I’d recommend adjusting your budget upward a bit. This is a one (possibly two) bedroom, one bath house squished into 480 square feet, and that passes for good news with this property, located in an alleyway of identical-looking houses in Little Cambodia. It’s currently tenant-occupied, which could turn out to be a bit of a headache. It’s being offered as-is, and it isn’t much, and it doesn’t look like it would put up much of a fight against kite-flying weather. Still interested? It’s listed by Paige Charnick of Beach Equities. 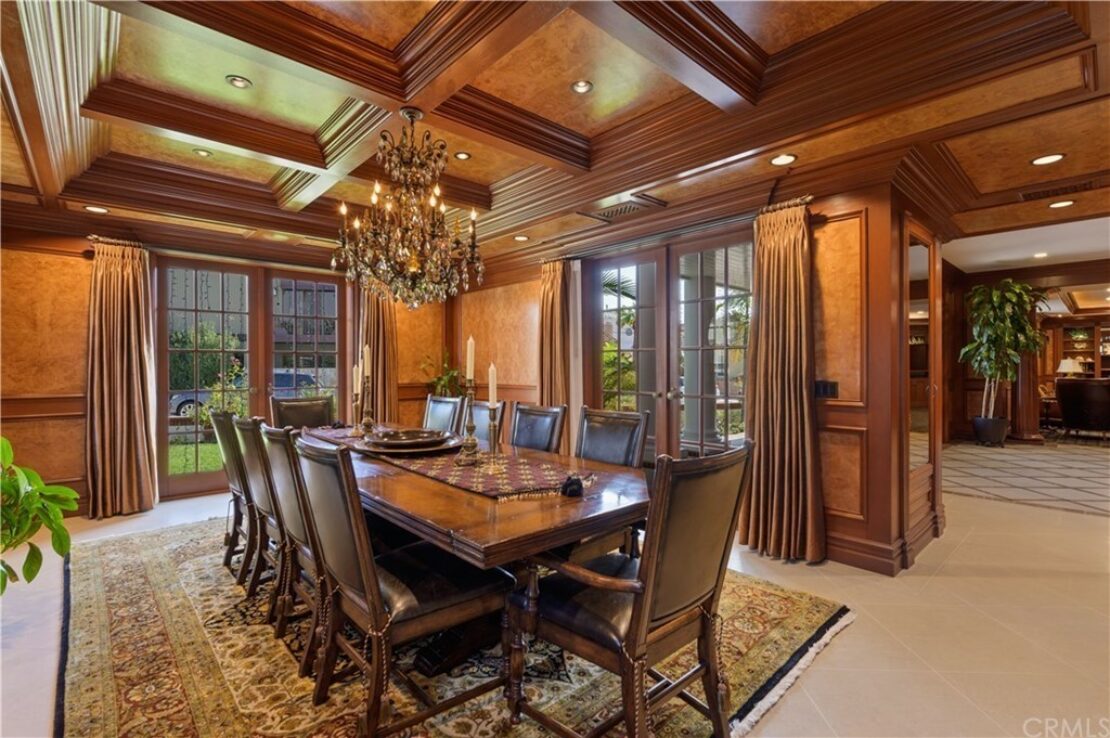 This opulent Naples home is listed at $5.55 million. Its problem? You have to walk to see the canals. Redfin photo.

This home exhibits the sort of extravagant wealth that makes a visitor feel like they need to put on their finest clothes to enter. Polished wood abounds everywhere, including the kitchen that resembles a bank president’s breakroom. In a few places, in a refreshing break, marble has substituted for wood. Here’s the problem with this house, aside from the foreboding price that’s been trimmed a few times over the past 280 days since it was first listed at nearly $9 million by Realtor Josh Reef: It’s off the water in Naples. Now the  Keith Muirhead listing at $5.55 million is still a pretty stiff price, especially since the buyer will need to walk to get a view of the canals or the bay instead of just sitting down in the living room or rooftop deck. Top-dollar buyers in Naples aren’t interested in getting their Fitbit steps in; they hire people to do that for them.

This one’s sort of the mama-bear house on the list in terms of price—$799,988—and size—three bedrooms, two baths in 1,786 square feet. It’s on a nice, pleasant street in North Long Beach and the price seems OK. So, why is it approaching a year’s stay on the market? Let’s talk about staging for a moment. According to the National Association of Realtors, 97% of homebuyers used the internet in their home search. So, obviously, you want to put the best face possible on your home if you’re a seller. Most Realtors will suggest, or even demand, using a staging company to make your house look even better than it ever has. Whatever the cost may be, one agent told me, you will double that money in return. The sellers of this house could’ve at least made the beds, closed the toilet lid and not dwelled on the cluttered garage. Pop for a professional stager and this house should sell. It’s listed by Stacy Schultz.