What do you say we buy you a house this week?

Lately, I’ve been peeking at homes in the multi-million-dollar range, mostly because they’ve been interesting, well-crafted properties with a lot of history behind them. I was never suggesting that you, personally, buy them, because I know times are tough and you don’t likely have the financial resources to purchase a $5 million house. Just putting in new lightbulbs in a house like that would bankrupt a lot of people, never mind the down and the mortgage payments and property tax.

But, surely you can manage a home costing only a negligible amount of $500,000 to $600,000. I’m assuming you’re willing to pull yourself up by your bootstraps and refuse to surrender to the siren’s sweet song of avocado toast while only drinking 10-cent coffee and working damned hard and scrimping and saving and sacrificing until you can buy a home for $500,000 perhaps with a five- or six-figure smidgen of help from your beloved forebears who, if they’re boomers, owe you that much after taking all the good stuff before ham-stringing you with everything going to hell all at once.

So, let’s look at what I call “cute little homes” for appreciably less than Long Beach’s median listing price of $749,000. 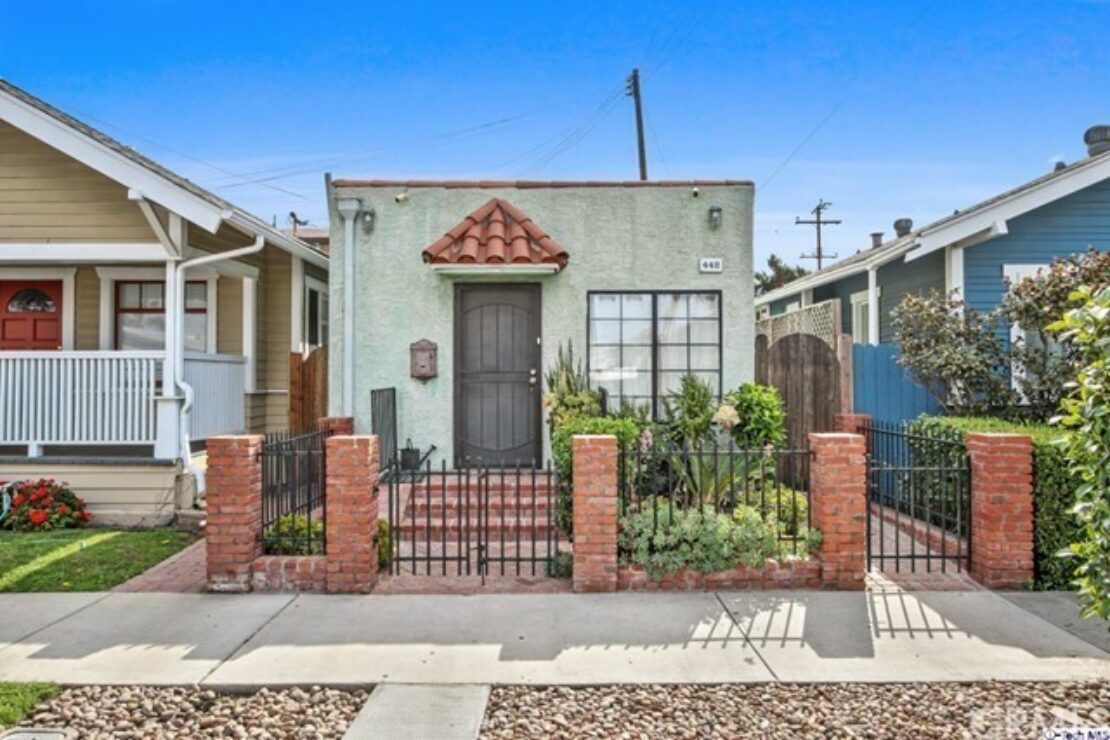 Let’s start you off with this cute little one-bedroom, one-bath home at 442 Bonito Ave. Set between two handsome Craftsman homes that would likely be out of your price range, this 520-square-foot clubhouse was completely remodeled inside just four years ago and makes good, creative use of its relatively small space, with the kitchen sharing the same space as the living room, though it doesn’t look quite as problematic as it seems. The kitchen has large, stainless appliances and a stacked washer-dryer set is out back in a closet that should protect it from the elements. Located in Alamitos Beach (drawback: no off-street parking) between Fourth and Fifth streets, this is the closest we’re going to get you to the ocean. It’s offered at $500,000. 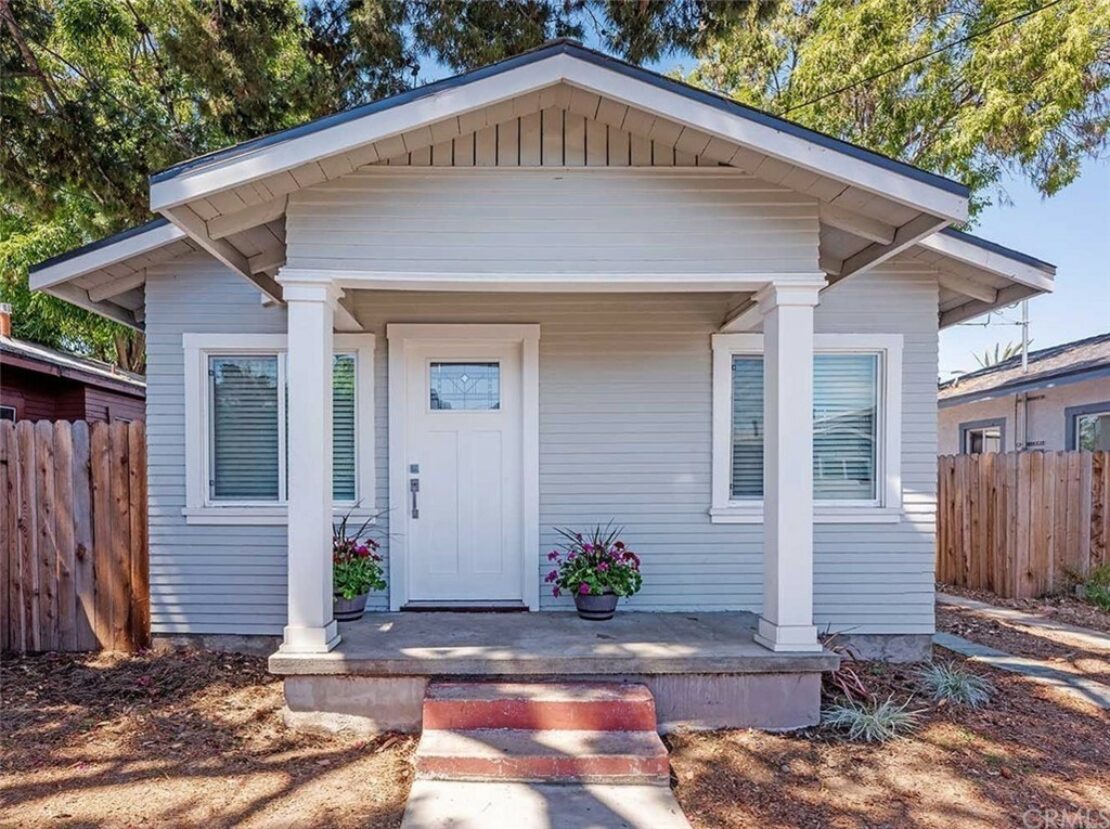 This Craftsman-inspired house on East 14th Street is for sale at $499,900. Redfin photo.

Another cute little half-million-dollar place is about 10 blocks further north at 2534 E. 14th St. It’s the same size and price as the Bonito pad, but they throw in an extra bedroom. It, too, has had a recent remodel and from the curb, it looks nicer than the Bonito place with its Craftsman influences. It has a driveway and surprisingly nice kitchen and bathroom. It’s a close call between this one and the Bonito home, but after a long argument with myself, I’m gonna go with this one. It’s laid out a bit better and you don’t want a house in Alamitos Beach with no parking.

Kick things up to $530,000 and you can wind up with a two-bedroom, one-bath home at 169 E. Louise St. in Northtown. Louise Street is between Pine and Cedar avenues a block north of soon-to-be-improved Market Street. That extra $30,000 buys you more than 100 extra square feet for a total of 661. 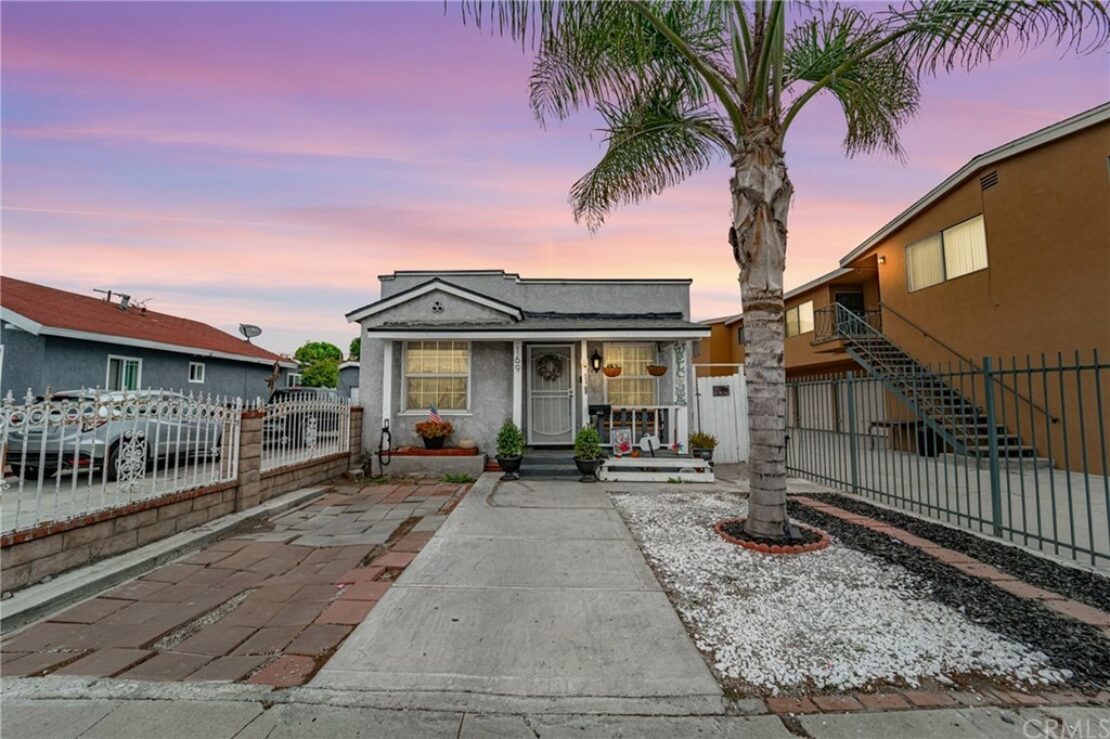 A two-bedroom house listed at $530,000 on Louise Street. Redfin photo.

The interior’s OK, with a little eating area off the living room. Kitchen’s small, with a stove that’s a bit more than the space can handle. Nice stove, though.

The backyard is, well, spacious, with a huge portion covered with a wooden structure that can probably be made to look nice with a few gallons of paint and other bits of gussying up. It’s one of those “let your imagination run wild” sort of things.

For $560,000—and now we’re getting up to monthly payments of more than $3,000 after your down payment of $112,000, if that’s still doable—you can slide into this two-bed, one-bath 893-square-foot home at 436 E. Silva St. on a quiet cul-de-sac in the southern part of North Long Beach where several homes, such as this one, look like storage units with a little house attached, with the garage seeming to be the selling point. 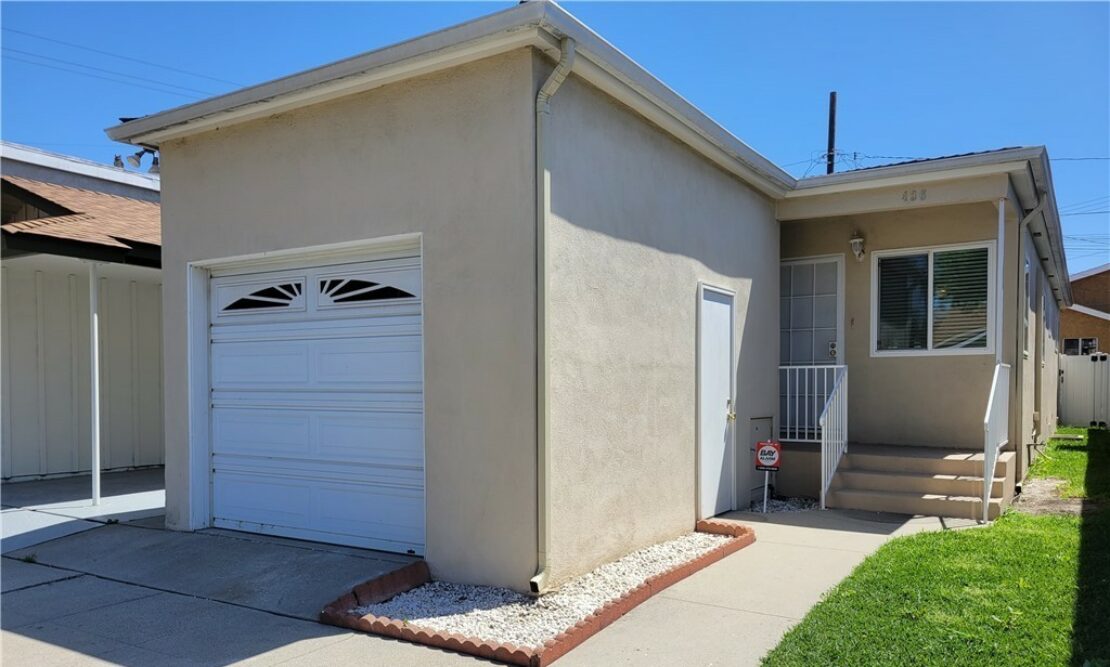 This home at 436 E. Silva Ave. comes with a garage. Obviously. Redfin photo.

The bedrooms are a good size for a small house, and the home has been recently remodeled with dual pane windows, ceiling fans and wall-mounted air-conditioner units. The kitchen has limited cabinet space, but it includes newer Samsung washer and dryer. The house is close to freeways and its listing brags about how you can drive to the beach in just 20 minutes. Closer is Scherer Park, just a few blocks to the south. 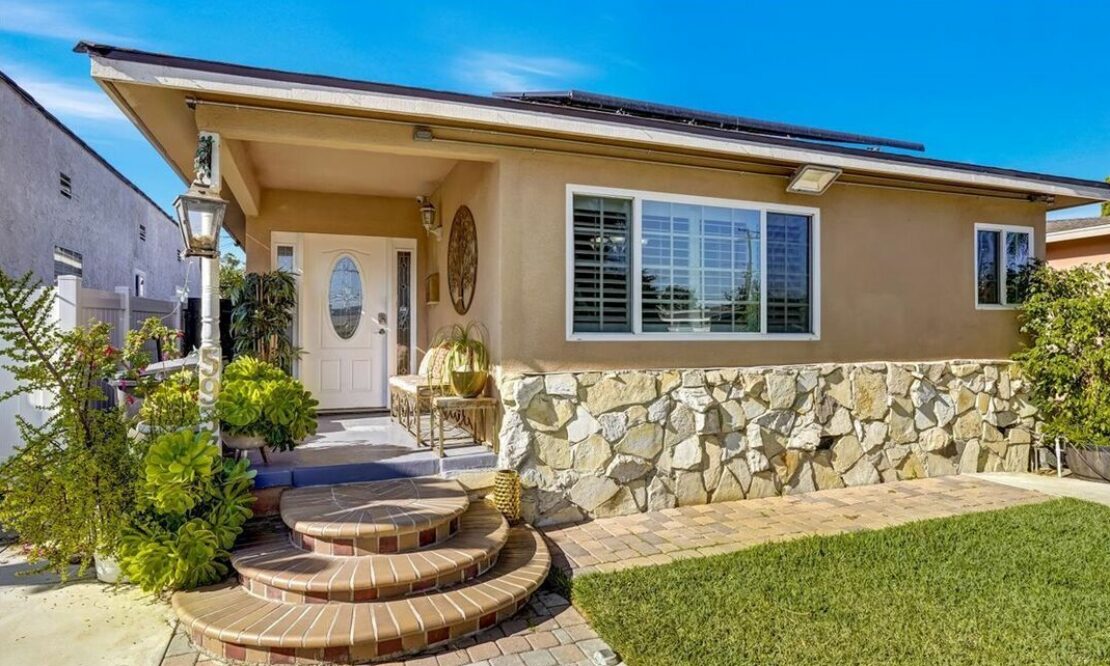 A three-bed, two-bath pool house on Cerritos Avenue is listed at $649,000. Redfin photo.

Does the decor of the house spark joy? Not in me, it doesn’t. This is a fine little pool home, but it’s not a Louis XV residence. But, I’m guessing the seller will cart the furniture away, though they’ll likely leave the paint on the wall.

Otherwise, it’s a nice house, and with summer breathing down our neck, it’ll be nice to have the swimming pool.

I hope you’ve found something you like among these under-median homes. Buy one and in a few years, if prices continue to go up—and they likely will unless there’s a big empty stretch of land in town that I’ve missed for builders to throw up a couple of hundred new homes—you’ll be able to gloat at kids who are still drinking fancy coffee drinks. For now, demand remains high. Supply? Not so much.

For first-time home buyers in Long Beach, ‘It’s not a great spot to be in’