Getting tired of living in Long Beach, here in Southern California along the Pacific Coast? Some of us consider it to be a fairly idyllic place to live. The weather is flawless, there’s plenty to do. We could, admittedly, be in a more robust financial shape. We’re saddled with a money-guzzling ship and, yeah, business, still reeling from COVID-19, could be better. But, if you’ve grown weary of Long Beach, California, there are plenty of others to choose from—Long Beaches, that is.

Today, for the convenience of those who might want to trade your current Long Beach for one of the others, I’ve selected nice homes in five other states blessed with their own Long Beach.

It’s a lot more convenient than moving to a city with a different name. For one thing, you don’t have to memorize the name or learn how to spell it, like you would if you moved to Feenix, Arizona or Albaquirky, New Mexico. You can tell people that, yes, you’re a longtime Long Beach resident without lying. You can even continue wearing your “I Got My Bike Stolen in Long Beach” T-shirt. The upside is limitless. Best of all, as these cities’ names imply, you’ll always be close to a body of water. 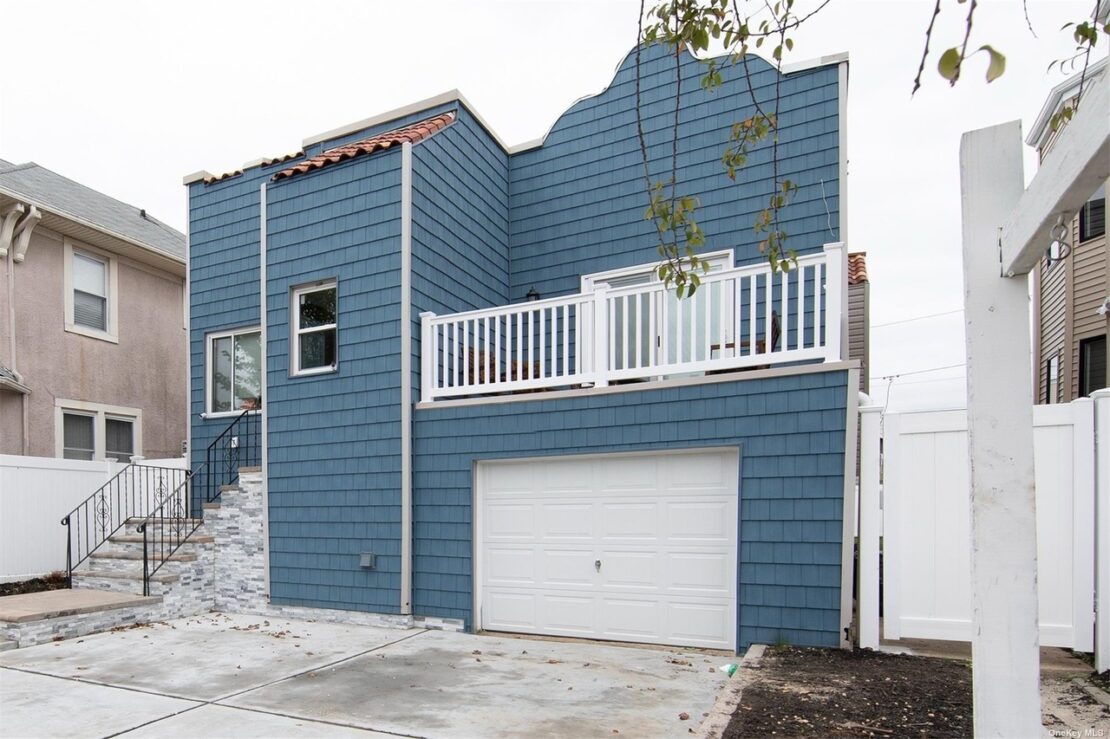 Let’s start you off in the second-best-known Long Beach, the one in New York, where the median home price is $756,028. Let’s go over that a bit, because you can live on the east end of Long Beach, where you’re never more than a couple of blocks from the ocean for $850,000. I couldn’t really swing a property on the waterfront, but it’s a short walk to the Atlantic, easily doable with beach chairs, towels and a cooler.

For the price, you get way more for your money than you would in Long Beach, California: a five-bed, three-bath place that actually looks like a beach house (despite the listing’s description of it as “colonial.” Maybe because it has a sort of Monticello cutout on the roofline above the second-story deck, the sole evidence of colonialism).

The house does have a historic feel about it, having been built in 1925, but it’s fairly modern inside, with updated kitchen and bathrooms. The ocean’s a little different than the one you’re used to. It’s smaller, for one thing, but you’ll get used to it. 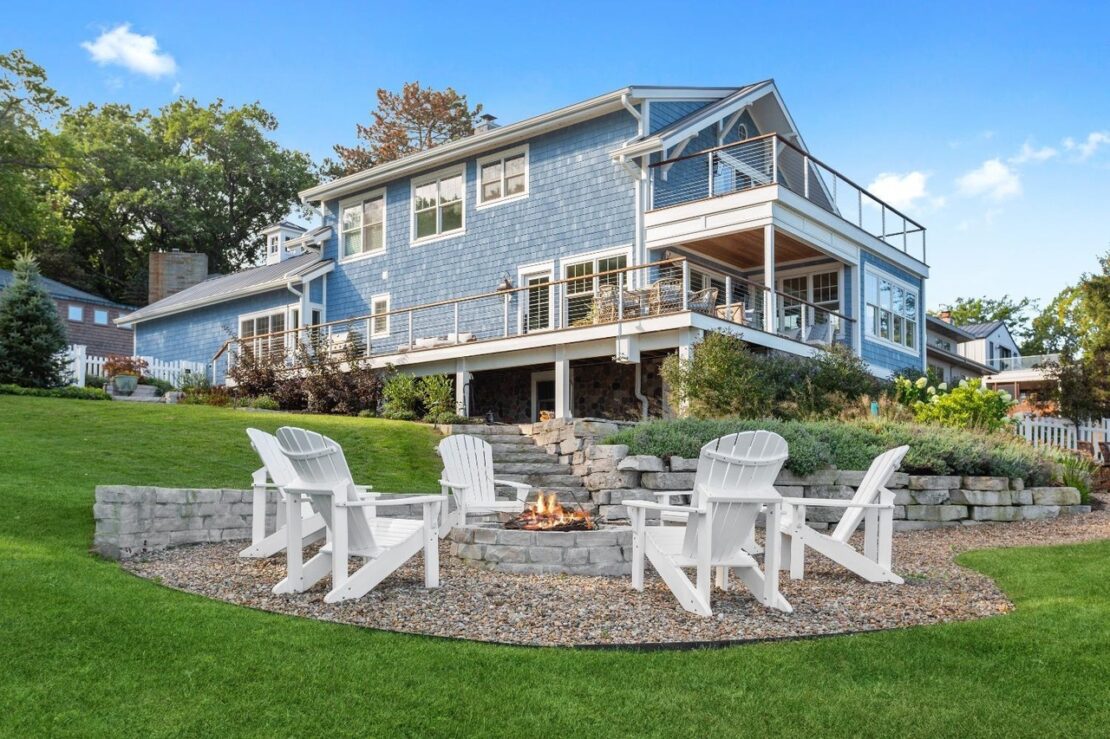 A budget-blowing $2.85 million spread on the shore of Lake Michigan in Long Beach, Indiana. Redfin photo.

I’m gonna splurge on this place. Even though the median price in this town is $721,694, I’m willing to go deep into debt (I’m good for it, believe me) by popping $2.85 million for this spread on Lake Michigan, No. 2 on your Great Lakes chart.

You get five bedrooms and five bathrooms in this 3,103-square-foot lake house that comes with such extras as a walk-in pantry and a “hearth room,” which is where you’ll find me when I’m not out on the wraparound porch, from which, the listing states, you can see three states. It doesn’t name them, but I’m guessing MIchigan, Illinois and Wisconsin.

The home, on Lake Shore Drive, comes with 100 feet of frontage on the lake. 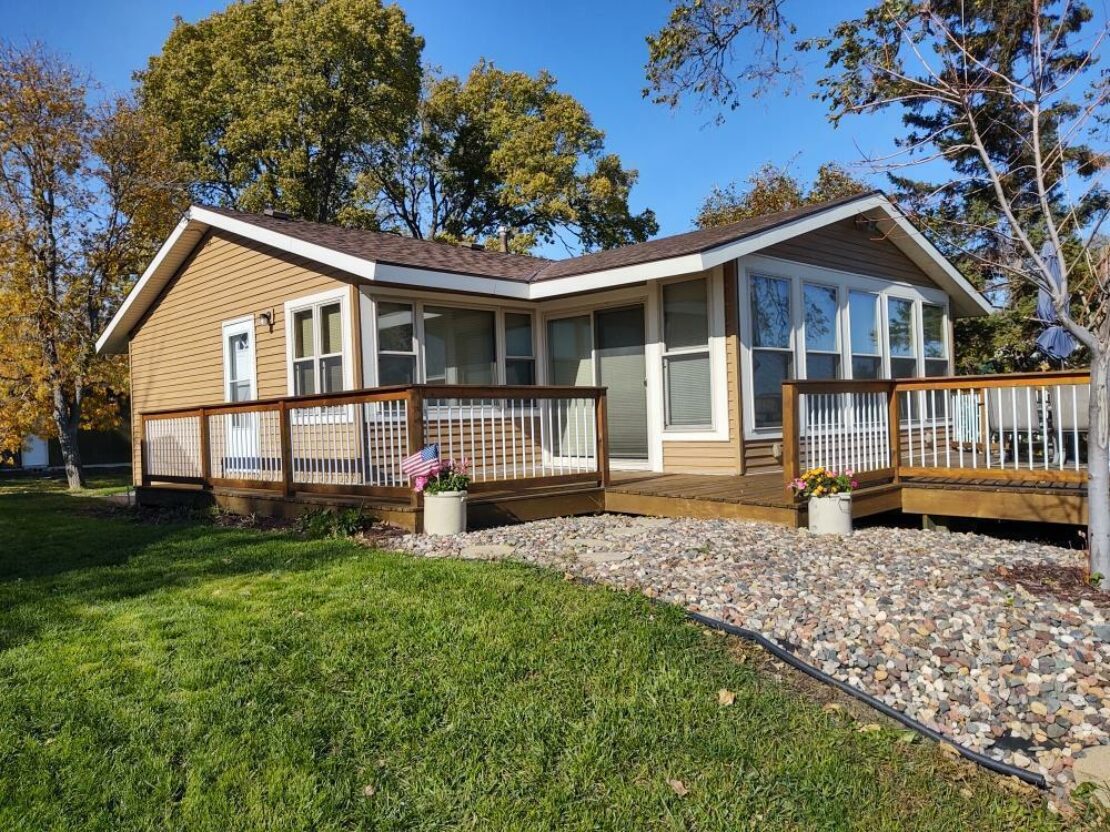 Take it or leave it, this is the sole listing in Long Beach, Minnesota. Redfin photo.

Here we come crashing back into affordable reality. The choice in this town is the obvious one, by the fact that it’s the only one. So, I’m settling on a $315,000, two-bedroom, one-bath downsizer on Lake Minnewaska.

Life will be simple in this little, 866-square-foot cabin, where I’ll get up early each morning to sit out on the deck and watch the sunrise. The place is on a spacious one-third acre spread, so there’s room to grow. I’ll be looking forward to winter so I can drive on the lake, or ice-fish for walleye. 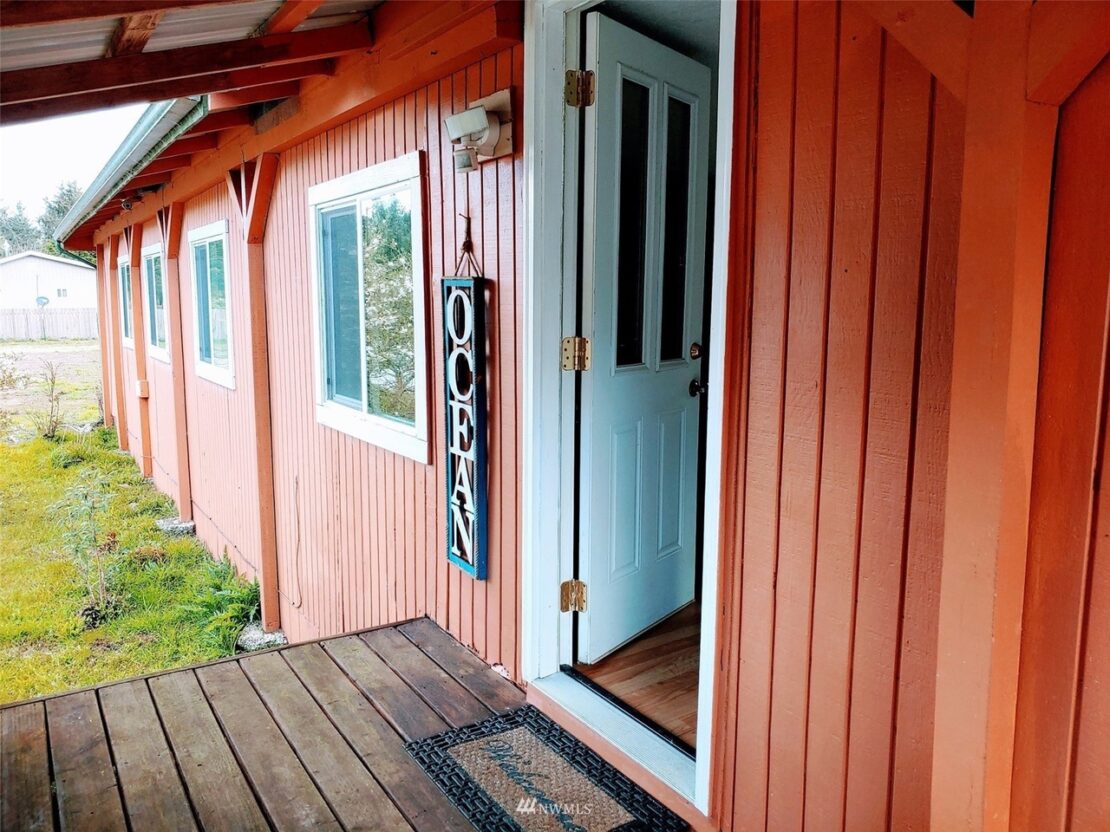 This simple little $389,000 two-bedroom place will keep you dry in the rainy season which drops nearly 80 inches a year in Long Beach, Washington. Redfin photo.

Ah, it’s good to be back on the Pacific Coast. It’s even better to be in a spot where you can get a little rain now and then—this Long Beach averages nearly 80 inches a year. To stay dry in the winter, how about this 920-square-foot manufactured home on a dead-end (they don’t get fancy enough to call it a cul-de-sac) for $389,000.

At that price, you can afford the $2,500 that the owner is asking for a John Deere tractor, which could come in handy if you want to work the 3.78 acres that the house sits on. 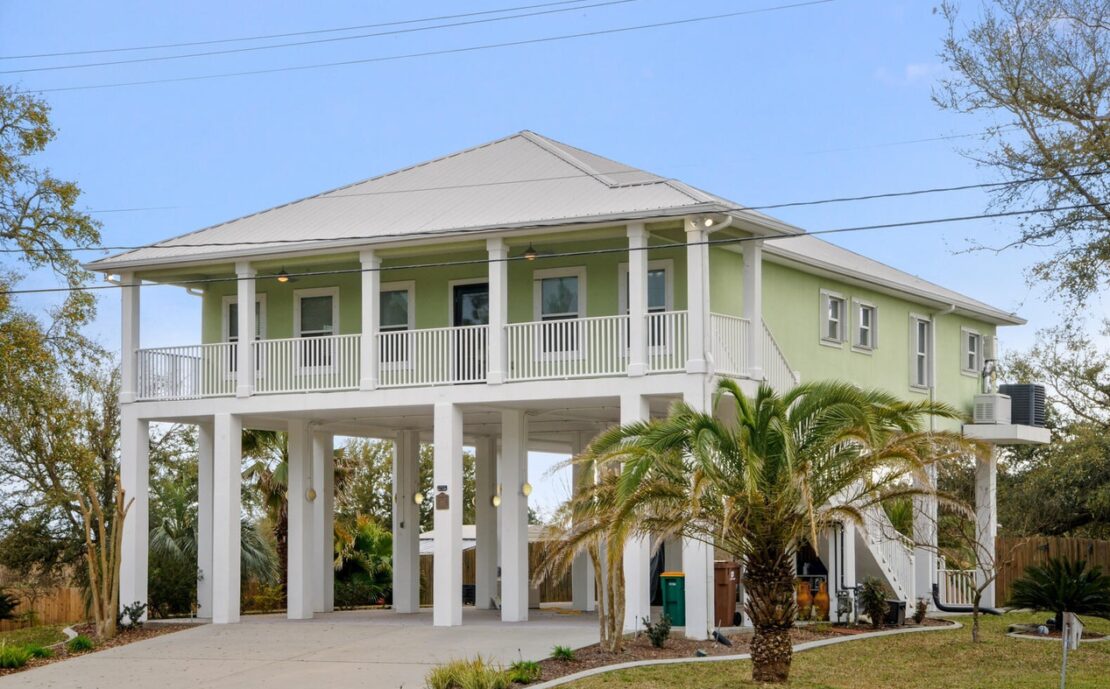 The builder of this home in Long Beach, Mississippi is daring another Katrina to hit the Gulf Coast. Redfin photo.

Man vs. Nature. Hurricane Katrina won the first bout in 2005, but the builder of this structure is looking forward to a rematch with this anti-storm house constructed to handle anything. The three-bedroom, two-bath house was built after Katrina, which wiped out whatever was there before along with most of its neighbors in Long Beach, right on the Gulf of Mexico.

The 1,862-square foot raised house sits on 34 piers built of concrete and rebar. It’s a fairly isolated place, with most of the surrounding streets still bearing remnants of foundations and driveways, with no indication that anyone else is anxious to go up against another Katrina. It’s listed at $549,000.