One of the reasons houses cost so much in Long Beach, most Realtors will tell you, is that the inventory is low and, “nobody’s building new houses anymore.” It’s Supply & Demand 101.

You can make a lie out of that statement by simply building a new house where there wasn’t one before. Building just one won’t likely result in plummeting home values throughout the city, but does every journey begin with the first step or not?

There’s not an overabundance of vacant lots in Long Beach, and they become even rarer in areas where you most likely would want to live, but here’s your chance to jump in and up the home inventory by one.

It’s a vacant lot in desirable Alamitos Heights at 317 Flint Ave., south of Colorado Street and close to the inland waterways of Marine Stadium and Colorado Lagoon, and it’s listed for $730,000 by its owner, real estate investor Rodger Lough and—don’t laugh—it’s not a bad price.

According to Lough, who, with his brother, has built other houses in that area, the Flint Avenue lot is the only lot close to the ocean between Ventura and the Mexican border for under a million dollars. 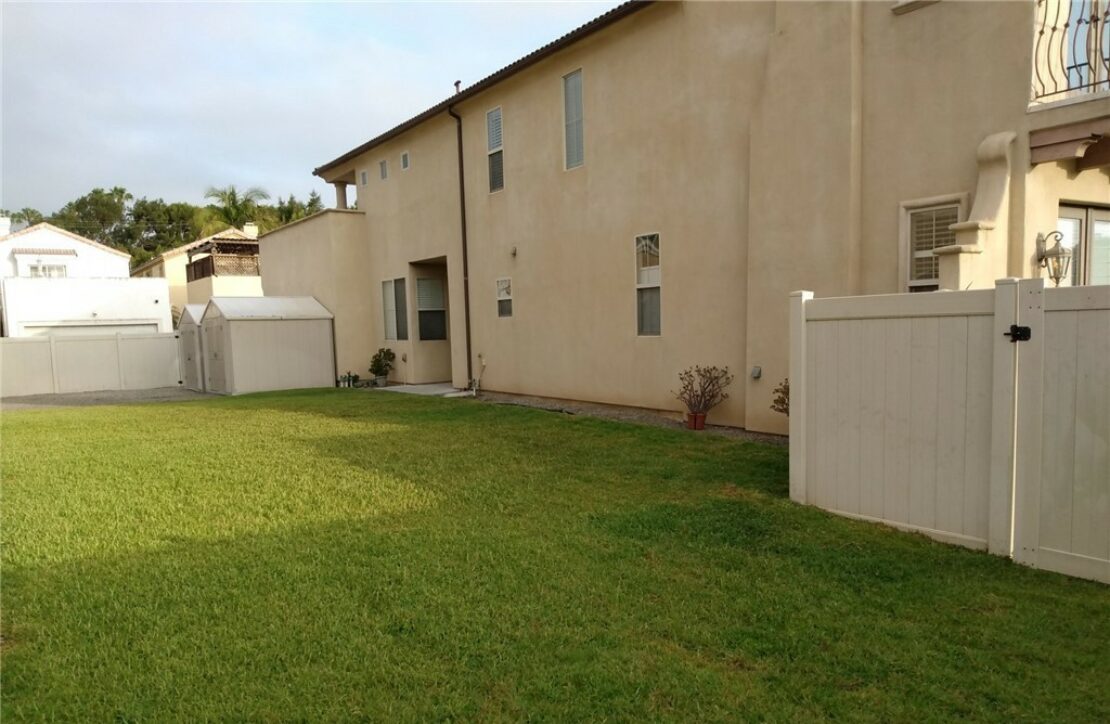 The Flint Avenue lot is the only vacant land between Ventura and Mexico for under $1 million, says Rodger Lough, who has listed the property at $730,000. Photo courtesy of Rodger Lough.

“That term gets overused sometimes,” said Lough, “but in this case it really is ready to build. The water line is in, the sewer line is in, the underground utilities for phone and electricity is all in.” The lot has been graded and compacted. It’s basically plug and play.

But it’s not, obviously, turn-key. You’re going to need to make some improvements to the lot, like throw a house on it.

We live in an era where homebuyers frequently buy a house in an area where they want to live, and the first thing they do is tear the house down so they can build their dream home in its spot. Buying a vacant lot saves you the time, money and hassle of wrecking a home in order to build one more to your liking. There’s your bright side.

More savings come your way when you figure you don’t have to pay Homeowner Association dues, even though most of your neighbors in the Bayshore community do—more money!

The house, of course, is hardly incidental, but building it will likely be cheaper than the lot itself. Land and location are the prime movers in local real estate. It’s why you can buy a condemned rattrap in the Cliff Mays for more than half a million and throw some paint, sod and petunias around and sell it for $1.25 million. Lough figures that you could get a pretty nice 2,400-square-foot home built to your own specifications for $350,000; less if you can take it easy with the marble and wainscoting.

This isn’t the first time I’ve tried to push a vacant lot on readers. In the past, I’ve tried to peddle a large waterfront lot in Naples that was listed at $4 million (and to let you know the value of land in terms of what a house is worth; the four-bedroom, 4-bath two-story house on the lot next to the vacant one, sold for $4.2 million. The lot was taken off the market after more than 1,000 days); and a beautiful park-like spread in Bluff Park for $1.5 million; and even a .01-acre strip of asphalt that was 96 feet long and 4 feet wide on the 3800 block of Long Beach Boulevard for $18,000.

The Flint property fits nicely somewhere in the middle of that range. Buy it and build. It’s just doing your duty to increase the inventory and bring home prices down.