In order to make towns more navigable, early city planners often took to giving street names that were both easy to remember and that gave you a rough idea of where you were. The most obvious method was to give the streets number names, which most cities have done, and a somewhat lesser employed device was to give letters in alphabetical order to avenues running perpendicular to the numbered streets.

Many towns took the lazy route (I’m looking at you Sacramento and Washington, D.C.) of just naming the lettered thoroughfares with the single letter: A Street, B Street, etc. While more imaginative cities (I’m looking at you, Long Beach) give stretches of streets names in alphabetical order, though only in rare cases do they run through the entire 26-letter alphabet.

The closest Long Beach comes to the complete set is on the east side’s 90808 and 90815 ZIPs where a nine-block tract of streets goes alphabetically from H (Hackett Avenue) eastward to P (Petaluma Avenue).

Numerically, Long Beach goes from First Street north to 72nd Street; while the short coastal place names go from First Place east to 72nd Place, though unlike the streets, they don’t stretch all the way from the west end of town to the east; First Place kicks things off just east of the Villa Riviera.

Want more alphabetized street-name trivia? Because I can do this all day. Streets in the Alamitos Beach Townsite as it was originally laid out ran a 20-letter gamut from Alamitos to Termino, which only lasted a few years before Long Beach took over and muddled everything up by changing the names “to avoid confusion” of five of the streets to shatter the string: Descanso became Orange, Indepenencia became Cherry, Naranja became Temple, Quito became Coronado and Sobranto became Loma.

And, now, after 300 words of blabbing about street names and numbers, we finally end up in West Long Beach’s own little alphabet village. It’s not a big one; just seven streets east from Adriatic to Baltic to Caspian to Delta to Easy to Fashion to Gale avenues before the Westside tumbles into the LA River, and it’s this little Alphaville that we’ll be looking at today, which may be of special interest to people looking for some of the least exorbitantly priced homes in what seems to be an eternally inflating market.

That’s not to be confused with cheap or inexpensive, since the least costly home currently on the market in the area is a $599,000 listing at 3016 Adriatic Ave. 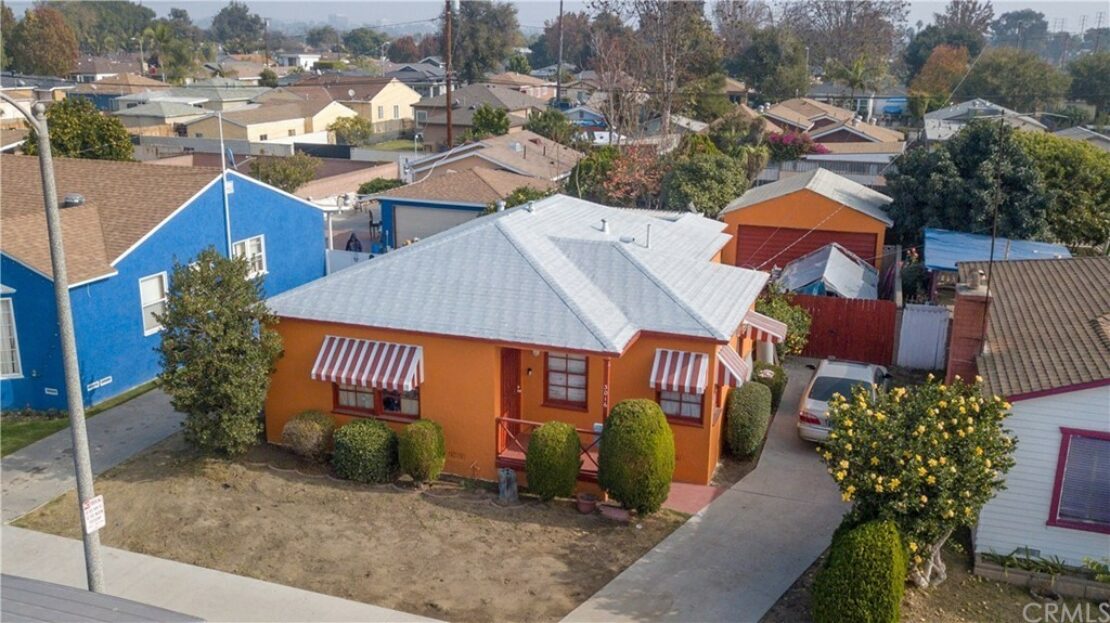 It’s a three-bedroom, one-bath home weighing in at 1,000 square feet. It’s painted a vibrant mango-orange color that gives it a bold look, especially coupled with its next-door neighbor’s home, which is a rich electric blue. If others on the road would play along it would look as charming as a little Dutch village.

Buy this home and maybe start a drive to make it happen.

Let’s take the price up by $50K and nestle into this cozy three-bedroom, one-bath house at 3332 Easy Ave., certainly not to be confused with Easy Street. Here, you get a nice wood-burning fireplace, hence the “cozy,” and a rather rustic master bedroom with a slider opening to a spacious backyard. 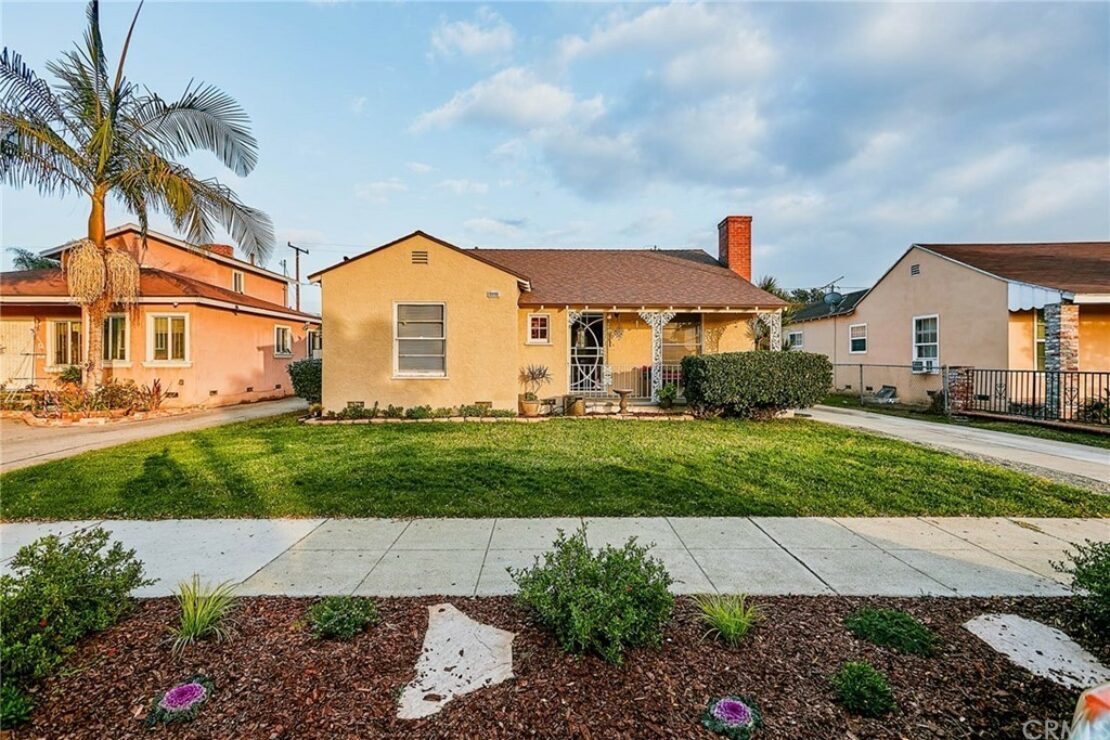 The listing agent grappled with nice things to say about the house and came up with, “All bedrooms are apart from each other conveniently making them very private.” Yeah, that’s been done before. It’s been used so often it’s become an architectural cliché.

For our next two properties, let’s just stipulate that they have separate, thus private, bedrooms.

Moving up in class and cost are a couple of three-bedroom homes with two bathrooms. The National Association of Home Builders estimates (roughly) that the addition of a second bath to a three-bedroom home increases the house’s value by 12%.

So, these last two are going to set you back about $750,000, a handsome amount of money in West Long Beach (in fact, as I have to continually remind myself, it’s a handsome amount of money anywhere; the term “affordability” has become something no longer much achievable for most people looking for a starter home in Long Beach, where the median household income is in the mid-$60,000s). 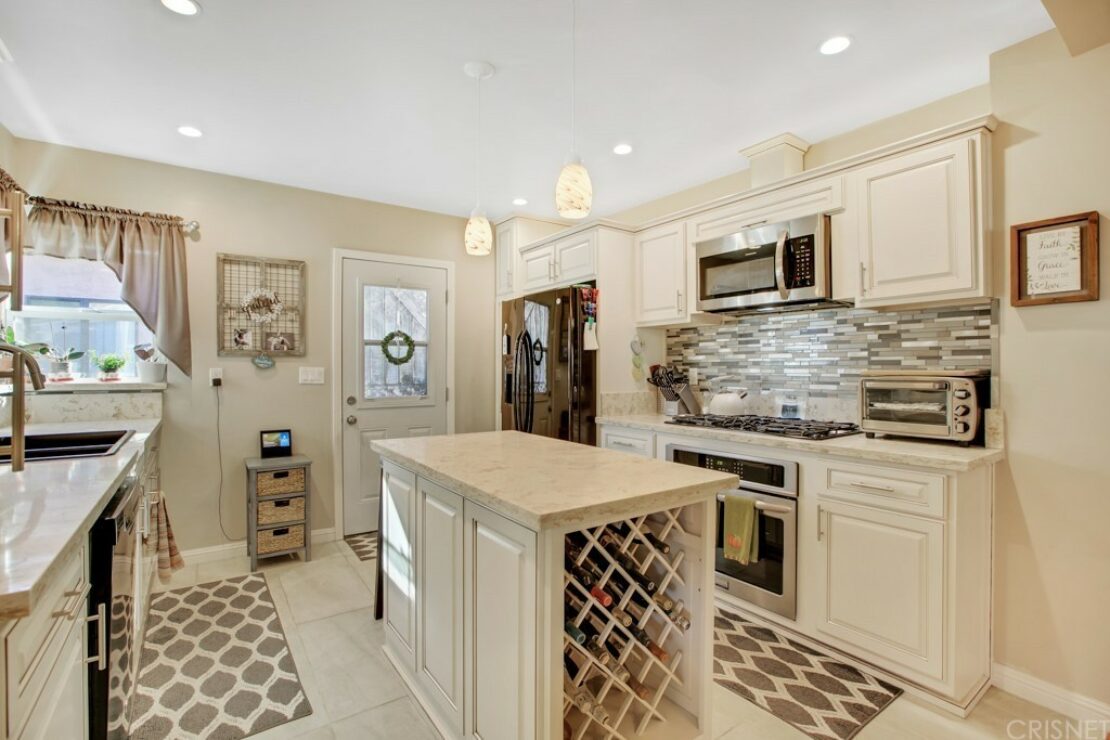 An airy and updated kitchen is a key feature in this home on Fashion Avenue in West Long Beach. Listing photo.

So, $745,000 is the listing price for a 1,780-square-foot home at 2217 Fashion Ave. This 1939 home features many modern upgrades, including a renovated and sunny kitchen stocked with all new appliances, quartz countertops, custom cabinetry, porcelain tile flooring with a large island. Additionally, there’s new plumbing, gas lines, electrical box and tankless water heater.

The living room is as bright as the kitchen and includes a wood-burning fireplace. For coziness.

Finally, our top-dollar Westsider is a home at 2725 Baltic Ave. that’s listed at $749,000. At 1,600 square feet, it’s a tad smaller inside than the Fashion Avenue property and, frankly, not as nicely upgraded. The kitchen has a country-style vibe with dark wood cabinetry, and the house sports a nice Spanish tile roof giving the place a modest amount of curb appeal. 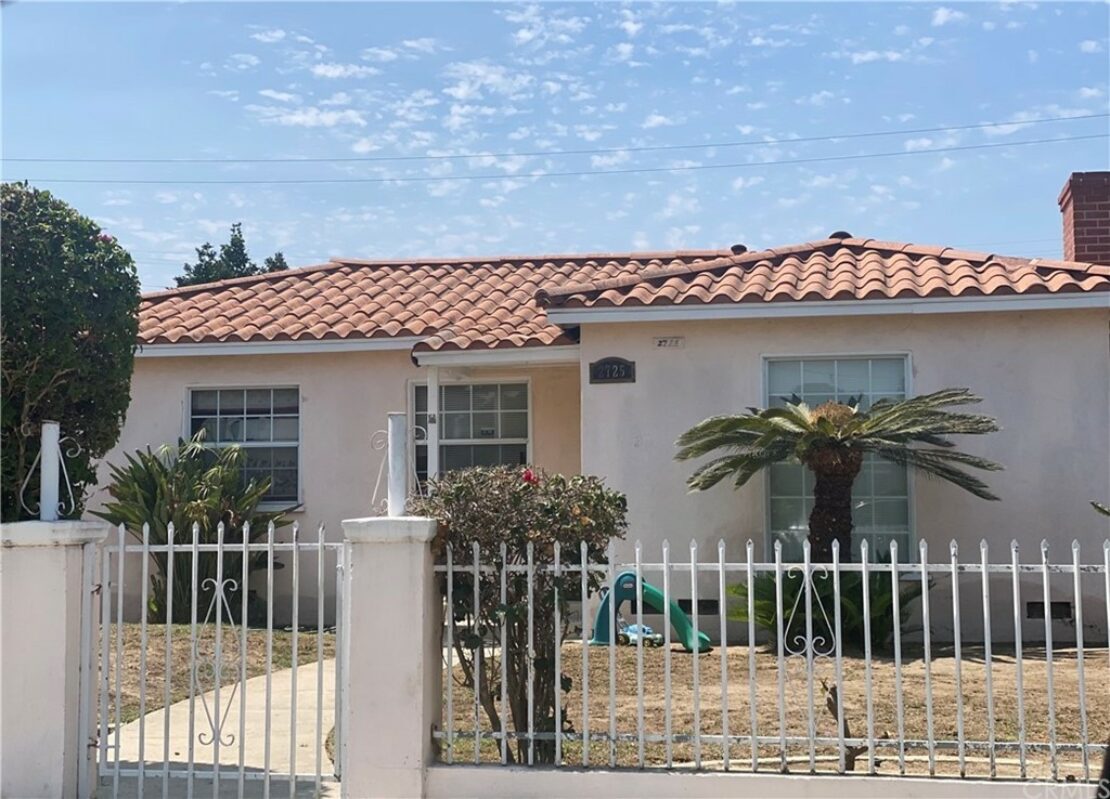 Most the homes’ listings talk about their “convenient locations” though mostly they’re referring to proximity to freeways (a little too proximate for many health issues), schools (well, every home in Long Beach is close to a school), but on the Westside, a trip to a bank, a full-service grocery store and other amenities and services often requires a journey across the creek into the Long Beach on the east side of the river. It’s like what people in some of the more isolated cities in the country refer to as “a trip to town.”

And those drawbacks and inconveniences are what makes property on the Westside affordable, as relative as that term is.