I don’t often write about houses that have just been sold, but today I’m sort of drooling over this home that was on the market for the first time since it was built in 1978. And, anyway, it’s not likely too many readers are going to feel left out by the fact that I didn’t mention this house before it was sold last Wednesday for $5.2 million by listing Realtor Keith Muirhead.

The home at 6014 Lido Lane is a stunning Cape Cod-style three-story home, and when I told Muirhead that it’s one of the best-looking homes in Naples, he said, “I’ve heard that about 10 times this week. Everyone loves it.” 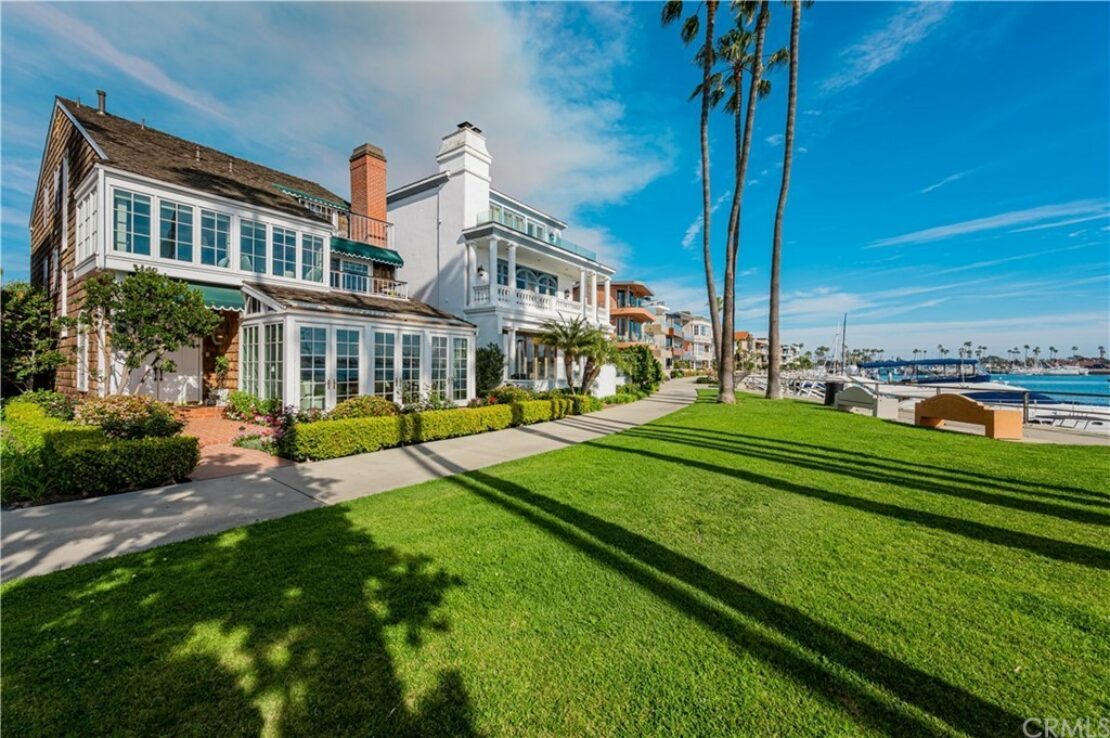 The house is like its 36 neighboring homes along the so-called Gold Coast, or, as it’s even more extravagantly termed, Corso di Oro of Naples. Most of the homes were built in the late 1970s and into the 1980s (though one was built as recently as 2008) after the last remaining 3.5 acres of land in Naples was opened up for development.

Initially, early developers wanted to build duplexes and a luxury hotel along the stretch of land that arches along the Alamitos Bay waterfront from The Toledo to Appian Way on a new street that would be called Lido Lane.

Not surprisingly Neapolitan NIMBYs reacted as if a crack house was being considered and argued that multi-family residences would overcrowd the lots, bring congestion to Naples’ narrow streets and curtail access to the bay. When the Long Beach Planning Department rejected that plan J.C. Abbott, then president of the Naples Improvement Association, praised the department for restoring “the unique character of Naples.”

And so the Corso di Oro was carved up into 37 large lots with private boat docks that sold quickly starting at about $150,000 each and the new residents erected what were, for the most part, massive three-story homes—some could be generously described as monstrous—along the prestigious Lido Lane.

The home at 6014 Lido Lane is exceptionally attractive and tasteful. At “just” 2,953 square feet, it’s one of the more diminutive residences on the Gold Coast, where the homes are routinely sprawling, such as the Vatican Palace-sized neighbor at 6020 Lido Lane, which contains 7,294 square feet of bouncing around space. That mansion has been used in an array of TV films, including  “Dexter,” “CSI: Miami,” “Major Crimes,” “Jane the Virgin,” “Veronica Mars,” and “The Grand Hotel,” the latter as the eponymous hostelry set on the beach in Florida. 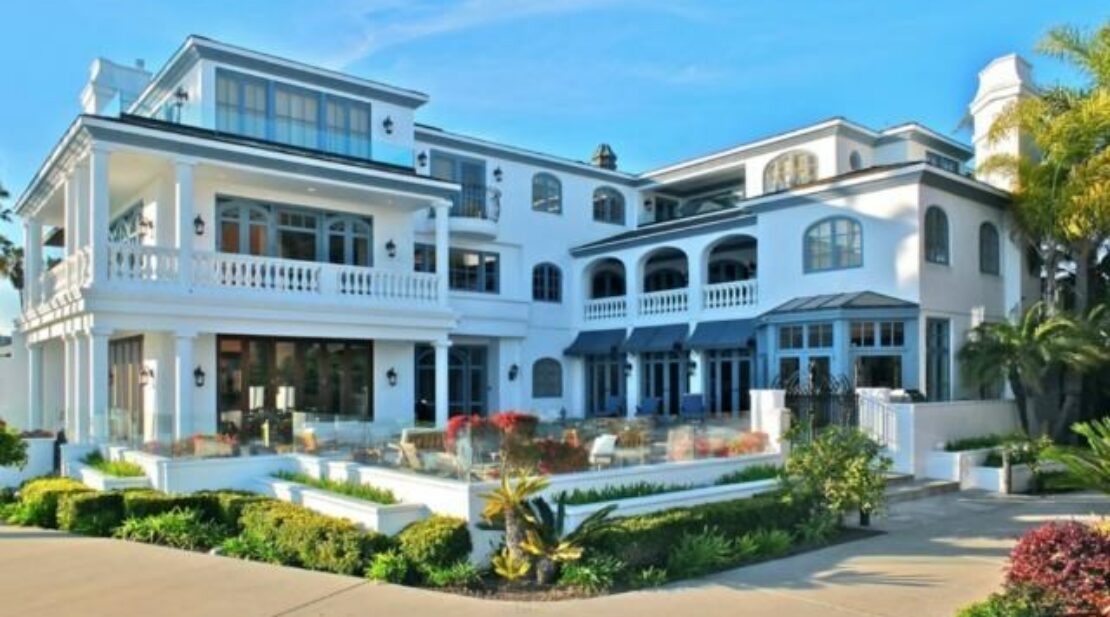 Perhaps too much house is this 7,294-square-foot palace on the Gold Coast in Naples. Redfin photo.

But as staggering as that place is to look at, you don’t come away with the feeling that you’d like to live there, whereas, at the home at 6014, you figure, sure, you could live there happily as long as the window washers showed up every two weeks.

The house appears to have the maximum number of windows allowable, the better to admire the spectacular views that every home on the golden stretch of coast enjoys. And if you prefer your vistas unimpeded by glass, there are balconies on the second and third floors. 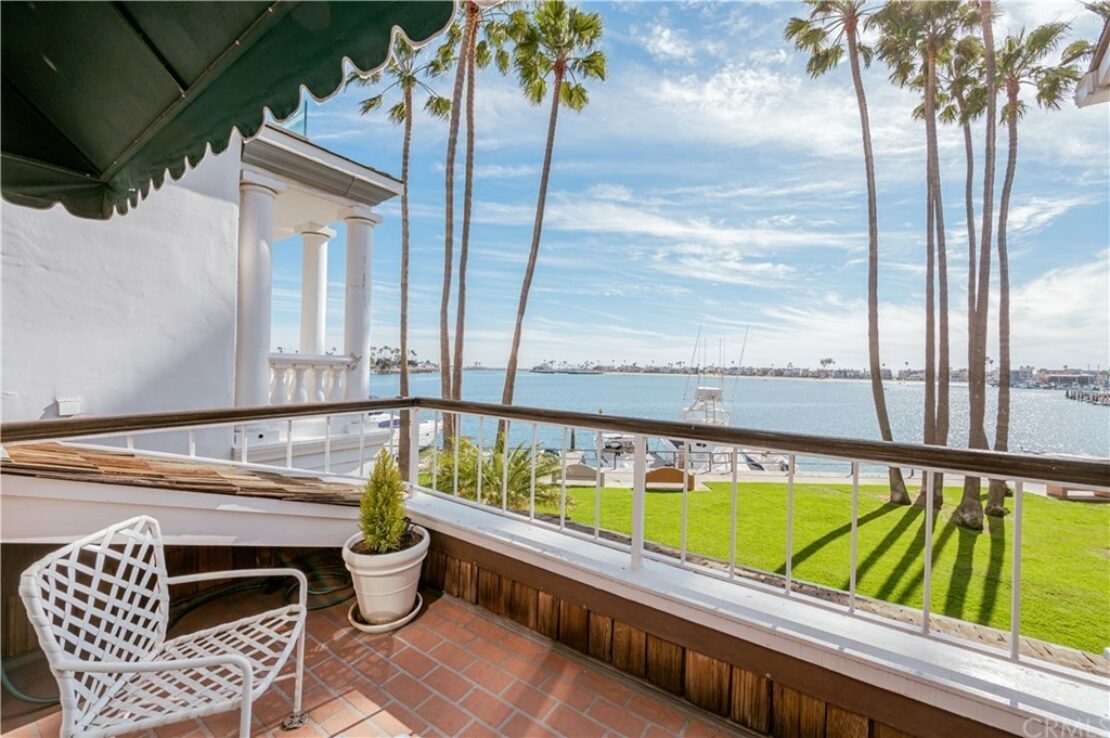 Just one of the balcony views of the Cape Cod-style home. Photo courtesy Keith Muirhead.

With so much glass, the house can’t help but be sunny and light inside, and, though the previous owners went with a rather formal interior decor, it could be argued (and I’d agree with that argument) that it would benefit from a look and feel that mirrors its casual seaside locale and further distances itself from the largely overwrought and opulent architecture of many of its neighbors. It should stand out rather than try to fit in.

Its location is ideal, fronting on Naples’ Overlook Park (formerly, and sometimes still, called  Naples Plaza), which brackets views from the house with its towering palms and gives the impression of a sweeping greensward of the property, albeit one that locals and visitors often walk across or picnic on, particularly at sunsets.

The property includes a private 40-foot U-shaped dock which Muirhead says can accommodate two large boats along with whatever other aqua-toys you might have.

It’s equipped, of course, with a spacious gourmet kitchen with the expected high-end appliances.

In addition to its four bedrooms and four baths, it has a very inviting sunroom at the front, that you’ll never leave happily. A second-floor office has access to a view balcony, as does the primary bedroom, which also includes a dressing area, a bathroom with a walk-in shower and a walk-in closet and a fireplace. 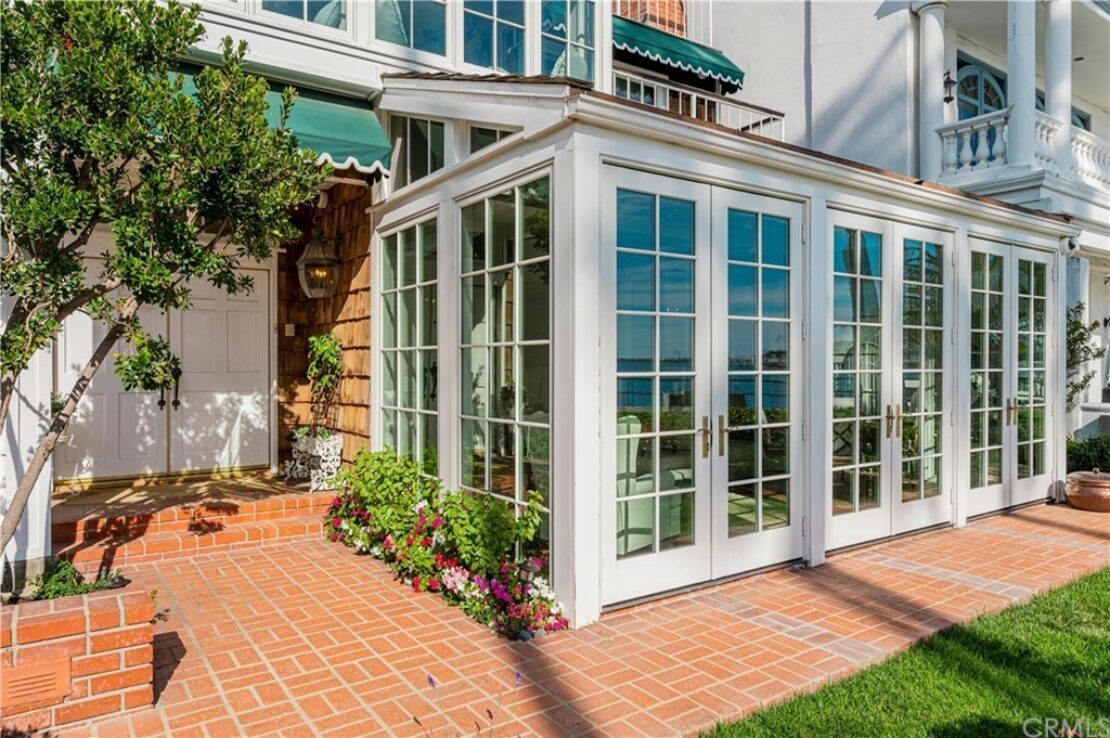 The third level has a couple more bedrooms as well as a family room where you can rest after climbing a couple of floors worth of stairs and you can always switch to TV viewing if you get tired of the view. The family room also has sliding doors opening up to yet another view balcony.

Is the property worth the $5.2 million it sold for? It depends on how much money you have. If you’ve got an extra $10 million laying around, it’s a pretty sweet deal for its expert construction and views of the open bay and the Peninsula and the boats and the sunsets that just never seem to stop. But even if you can afford it, you’re too late; it’s already been sold. Sorry about not telling you sooner.