A vehicle pursuit originating from Torrance ended in a crash in the Zaferia neighborhood in Long Beach and a search for robbery suspects on Sunday, according to the Long Beach Police Department.

A vehicle occupied by three suspects crashed into a civilian car that was also occupied at Obispo Avenue and 15th Street, LBPD Lt. Tim Long said. The crash was minor and the civilian passenger was unharmed, he said. However, in a later statement, an LPBD spokesman could not confirm that a civilian vehicle was struck but that a Torrance Police Department vehicle collided with the suspect vehicle.

Long said at around 10:30 a.m., LBPD was dispatched to assist Torrance officers. One suspect was immediately apprehended by a Torrance police officer and the two other suspects fled the vehicle. 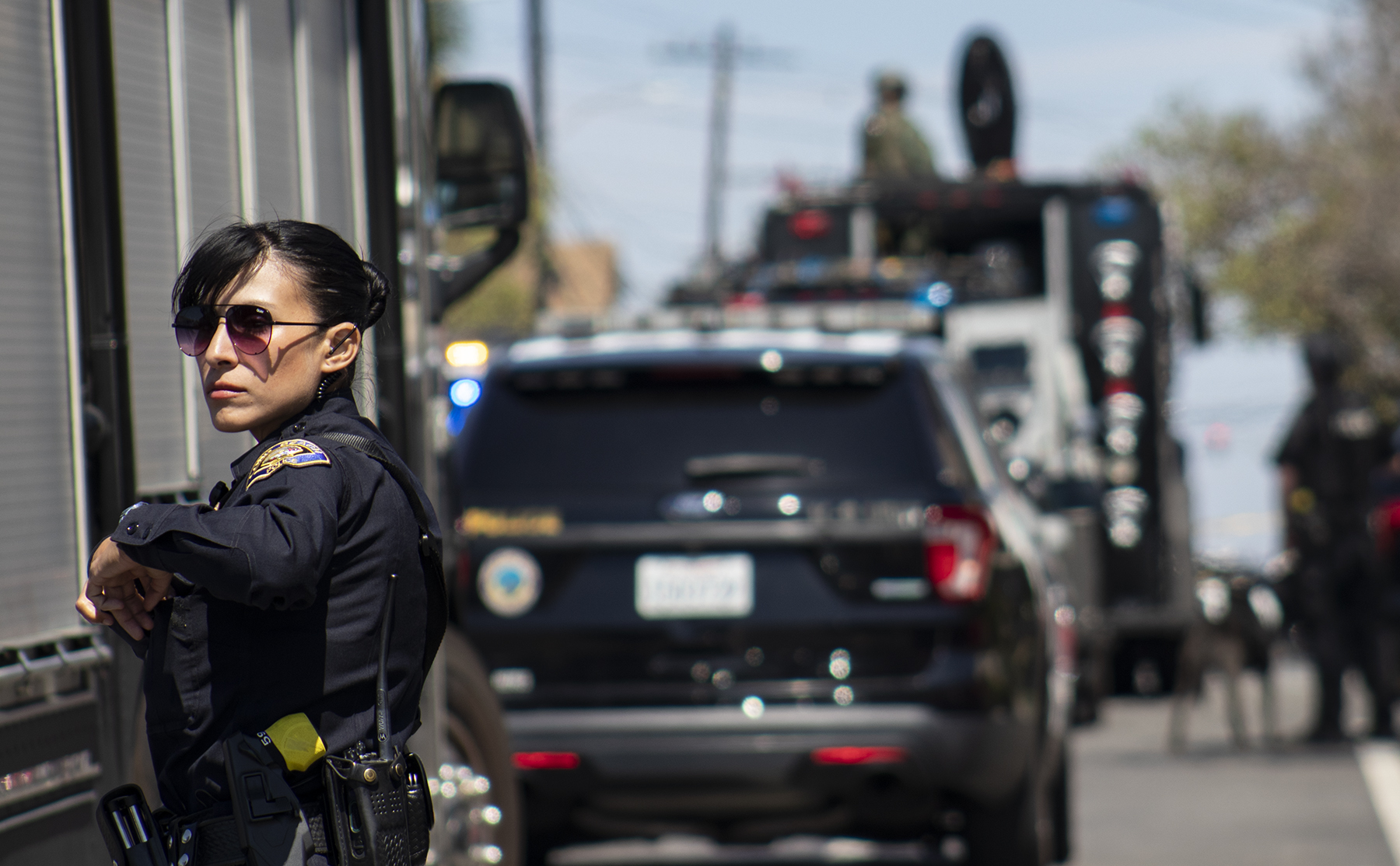 Hours later at around 1:45 p.m., a second suspect in hiding was caught and arrested by Long Beach officers at the 3100 block of East 15th Street, Long said.

The Torrance Police Department initially told the Long Beach police that the suspects might have been armed, however, that information was unconfirmed, Mejia said. The potential of armed suspects subsequently prompted a SWAT team response by LBPD, and nearby residents were evacuated and/or sheltered in place, according to police. 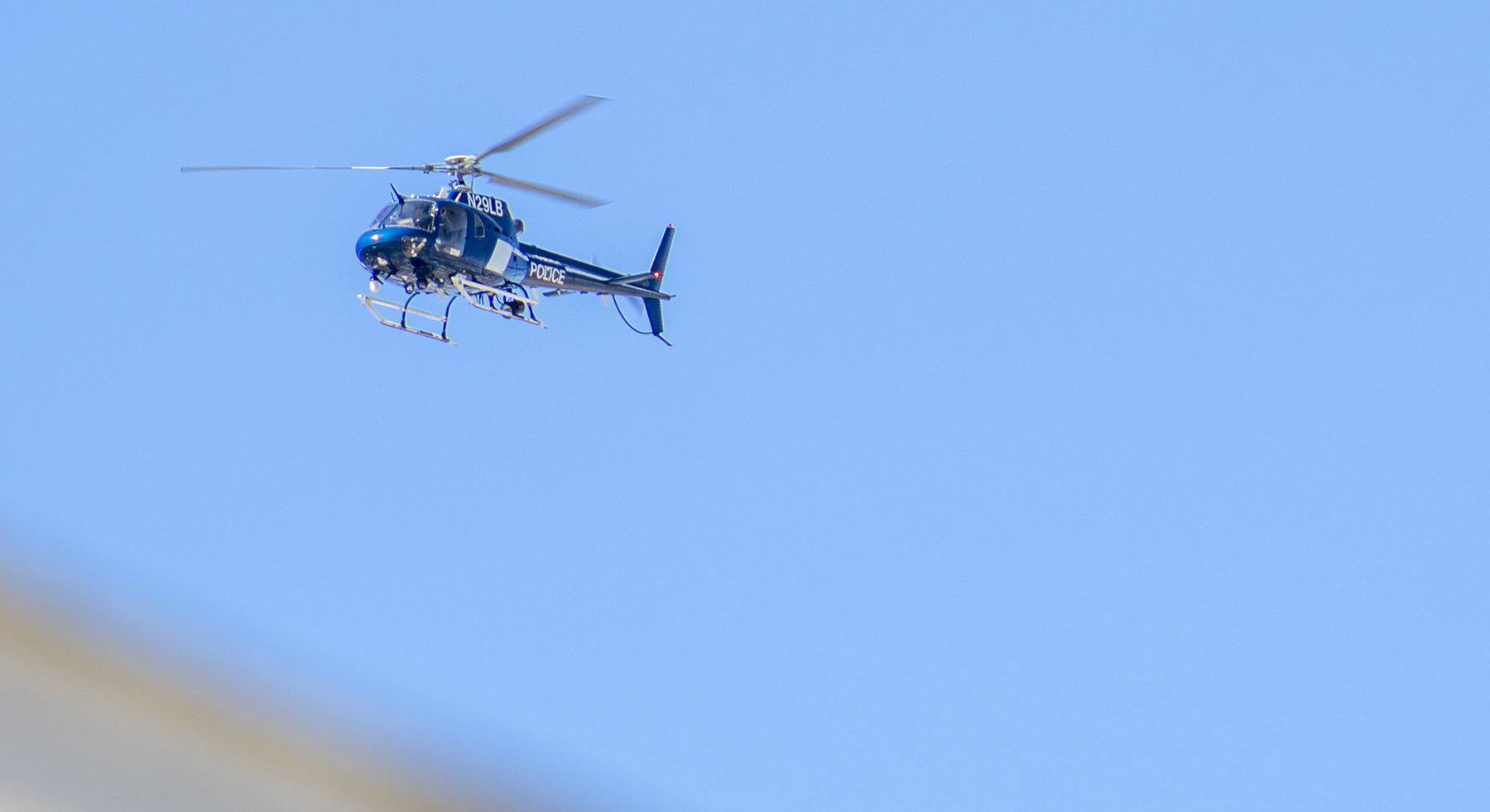 A helicopter circles around a portion of the Zaferia neighborhood in Long Beach during a search for robbery suspects on Sunday, March 27, 2022. Photo by Crystal Niebla.

A perimeter and a helicopter hovering over the area continued as the Long Beach Police Department searched for a third suspect. Police officers were conducting an “area search,” such as in yards, not inside any homes, Long said.

After several hours, officers were unable to locate the third suspect and suspended their search; the LBPD announced at around 5 p.m. that it lifted street closures.

Details of the robbery in Torrance were not immediately available. The investigation will be taken out by the Torrance Police Department, Long said.

A SWAT team responds to the area of Obispo Avenue and 15th Street as the Long Beach Police Department assists with a search of robbery suspects originating from Torrance on Sunday, March 27, 2022. Photo by Crystal Niebla.