Editor’s note: This story has been updated after a police spokesman said the department inadvertently gave an incorrect number for the cost of overtime during protests. It is $4 million, not $2.9 million, according to the LBPD.

Long Beach Police Department Chief Robert Luna said that his department’s focus on dozens of protests over the past few months have hindered its ability to respond to crimes in the city.

“Managing these protests takes a lot of time, effort, money and resources,” Luna said. “As we prepare for each individual protest, depending on the dynamics of the size and what we anticipate, we always have to have a contingency of officers who are on standby.”

Luna said that this has led to challenges in managing crime because the demonstrations and rallies have spread resources thin. He said this has been taking a toll every day.

“I’m here to tell you that it’s impacting every corner of our city and I think unfortunately it’s impacting, specifically, violent crime in some of our underrepresented neighborhoods and that is very sad,” Luna said. 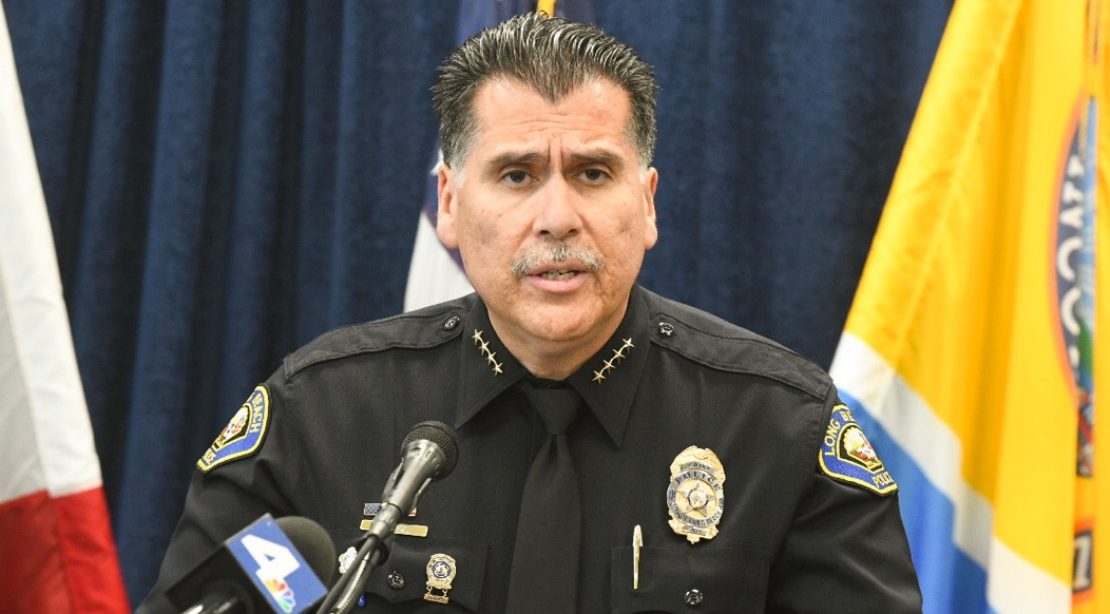 Luna made his remarks during a meeting of the city’s Public Safety Committee where he was presenting an overview of the LBPD response to the civil unrest and protest in the city over the past few months.

Since May 31, Luna said the department has spent $9.8 million responding to protests and civil unrest in the city, including $2.9 million in overtime. Later, however, a department spokesperson clarified, saying the chief had inadvertently provided an incorrect number. The actual amount of overtime spent was around $4 million. The total of $9.8 million was correct, according to the spokesperson, Arantxa Chavarria.

Since May 31—when thousands of protesters flooded the streets of Long Beach six days after George Floyd was killed in Minneapolis—Luna said that the department has had to plan for or respond to 109 protests across the city. Those protests have been overwhelmingly peaceful except for looting and vandalism on the night of May 31.

While some of the larger profile protests have been centered around police reform and the reaction to the death of Floyd, Luna said other issues have led to increased police presence being required.

Protests could stem from something tweeted out by President Donald Trump or other political issues that have garnered national attention, Luna said.

“When the issue came out about Post offices, we had protests about Post offices,” Luna said, referring to controversy surrounding mail service during the election. “If something about immigration gets tweeted out, we’re having immigration protests. It’s all across the board. It’s not all about George Floyd.”

The department has had to reshuffle its budget to cover the overtime costs, most of which was not budgeted for, Luna said.

The cost of the protests were preceded by the department’s response to the COVID-19 health crisis, which required additional officers to enforce health orders at public spaces as well as “keeping the peace” at grocery stores due to panic-buying, Luna said. He estimated the department’s pandemic costs to be about $3.5 million to date.

The LBPD budget, along with every other city department, was cut for the upcoming fiscal year, which starts in October. All departments submitted reductions to help the city close a $30 million deficit brought on by the pandemic. The police budget was cut by about $10 million.