Nearly 100 parents and children protested outside the Long Beach Unified School District office Wednesday night, calling on the district to offer the option for in-person classes for students, most of them frustrated with virtual education amid the ongoing era of COVID-19.

The protest was in response to LBUSD announcing this past week it would continue operating classes online through the end of January. This news caused, in part, an uproar as the district had previously stated that parents might have the option to sign their children up for in-person or hybrid classes, should local government determine it to be safe. To show their unhappiness, protesters urged parents to hold their children out of classes on Oct. 5.

Protesters spread out across the pavement of the district office’s parking structure, often supported by the honking cars of parents either leaving or entering the structure for the evening’s LBUSD Board of Education meeting. 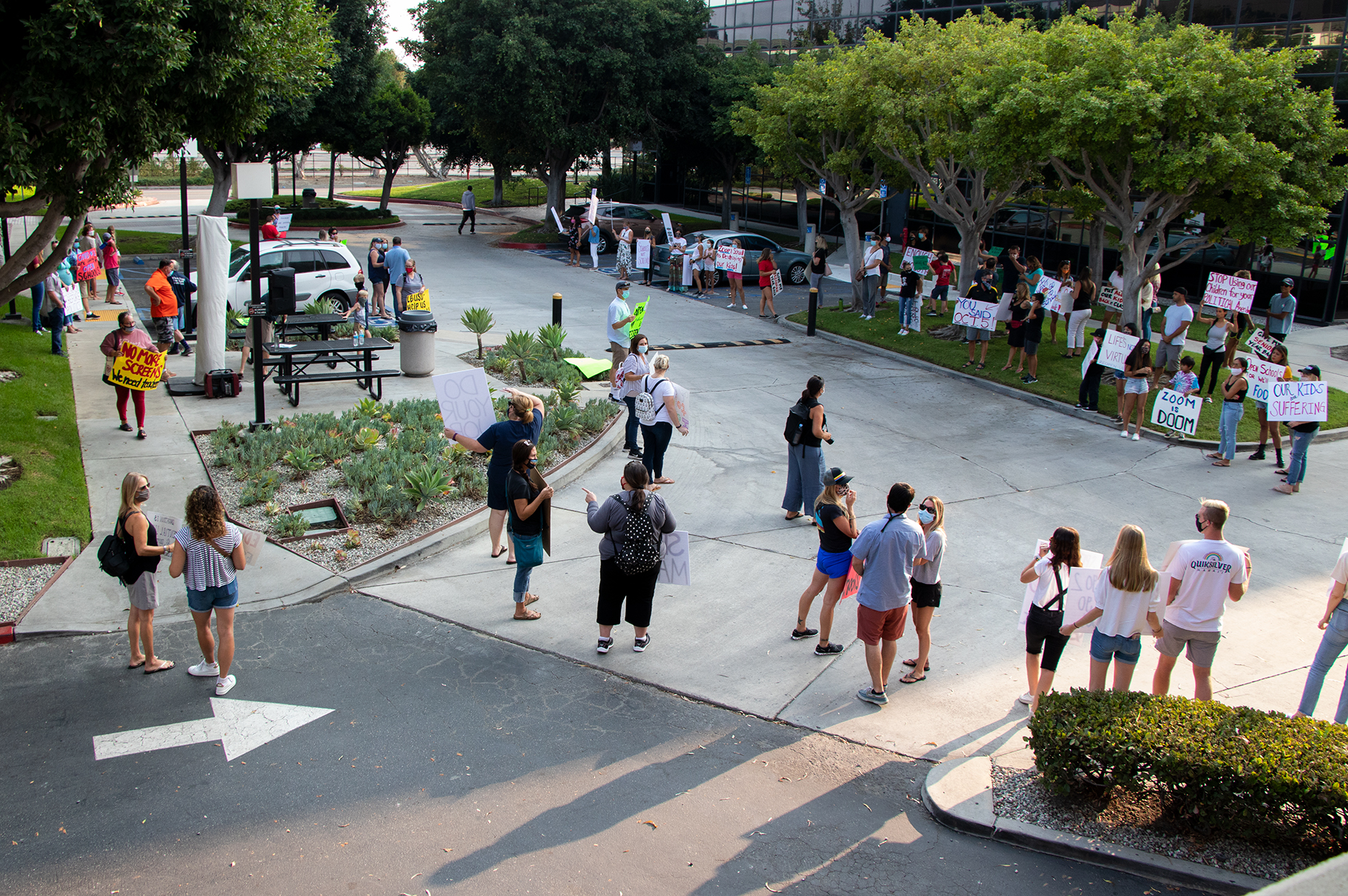 Among them was Sarah Bennett, who works from home and says she sees her two teens attending Wilson High School online and unhappy.

“I have kids that are interested in learning,” she said. “They try to pay attention, and they get bored.”

She said that the structure of virtual classes is “sporadic,” which translates to lesser quality education. She and five other women started a Facebook group on Sept. 16 and, five days, said it drew nearly a thousand users in support.

Jessica Ay, mother of a pair of Cleveland Elementary students, said she’s ready to send her boys back to school, that while her kids are stuck at home, missing out on social development, adults are free to go to restaurants and markets. 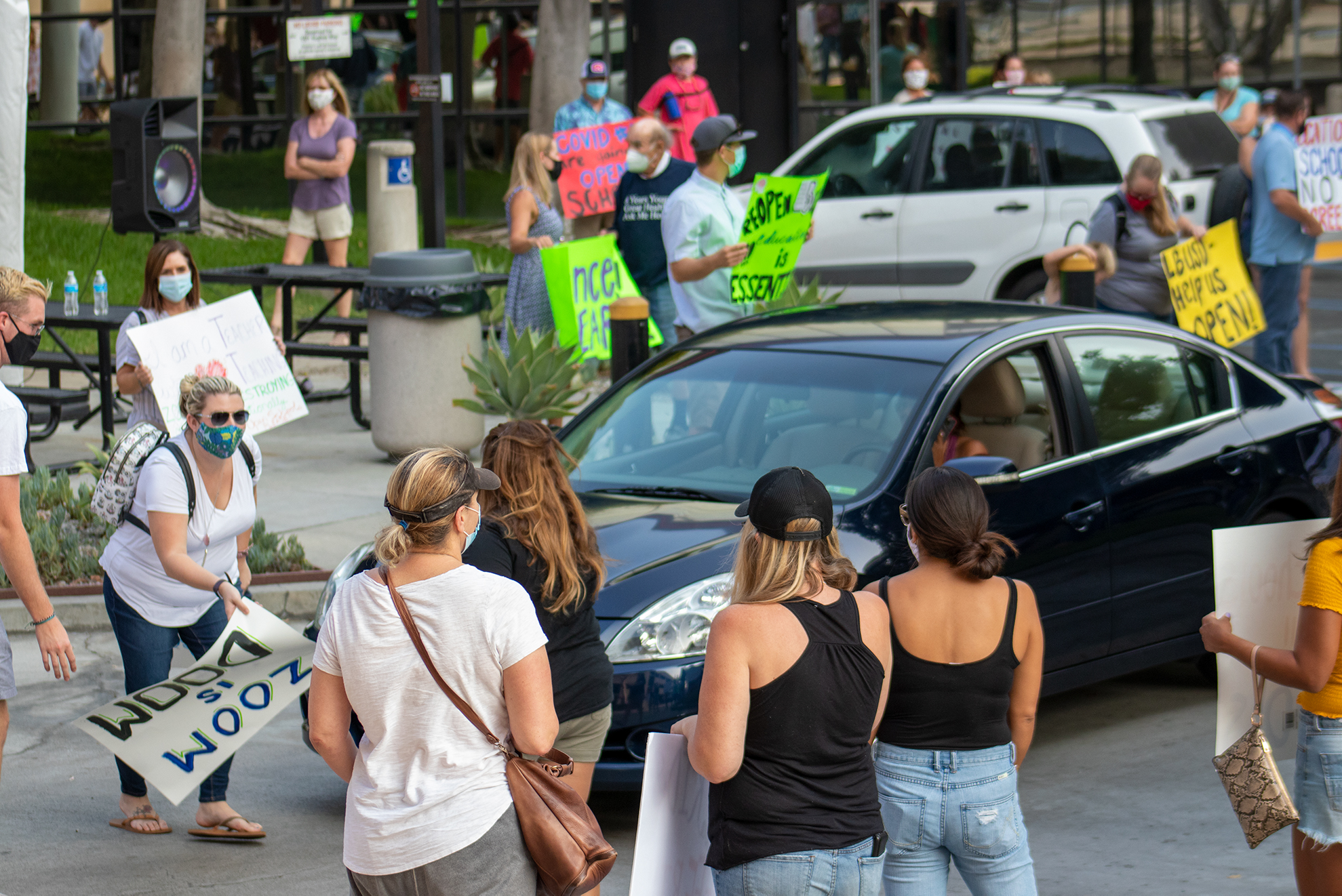 Cars passing through honk in support of a protest outside the Long Beach Unified School District headquarters calling for an in-person classroom option, on Wednesday, Sept. 16, 2020. Photo by Crystal Niebla.

When asked if there is a concern for students contracting COVID-19, some parents said they weren’t concerned because their children are already used to following physical distancing protocols, while others like Ay said she believes children are strong enough to handle the virus. “They’ll be just fine if they get coronavirus,” she said.

Bennett said that while some parents are afforded the privilege of working from home, other families may have trouble accessing the internet or childcare, which means “[they’re] going to be left behind based on this format.”

Teachers and parents held a car caravan in early August to protest the district’s mandate to require teachers to work from empty classrooms as they gave their virtual lessons. The district then withdrew its mandate, as protesters said it could also put teachers at risk of spreading the virus among each other.