Long Beach police officers chased multiple suspects in a vehicle through the streets of Long Beach Saturday afternoon before the pursuit came to an end at Signal Hill’s Home Depot on Cherry Avenue, according to police spokesman Brandon Fahey. Multiple suspects ran into the store where they were apprehended by police. According to police, five juveniles and one adult man was taken into custody in the area, however it was not clear how many were detained at the Home Depot. 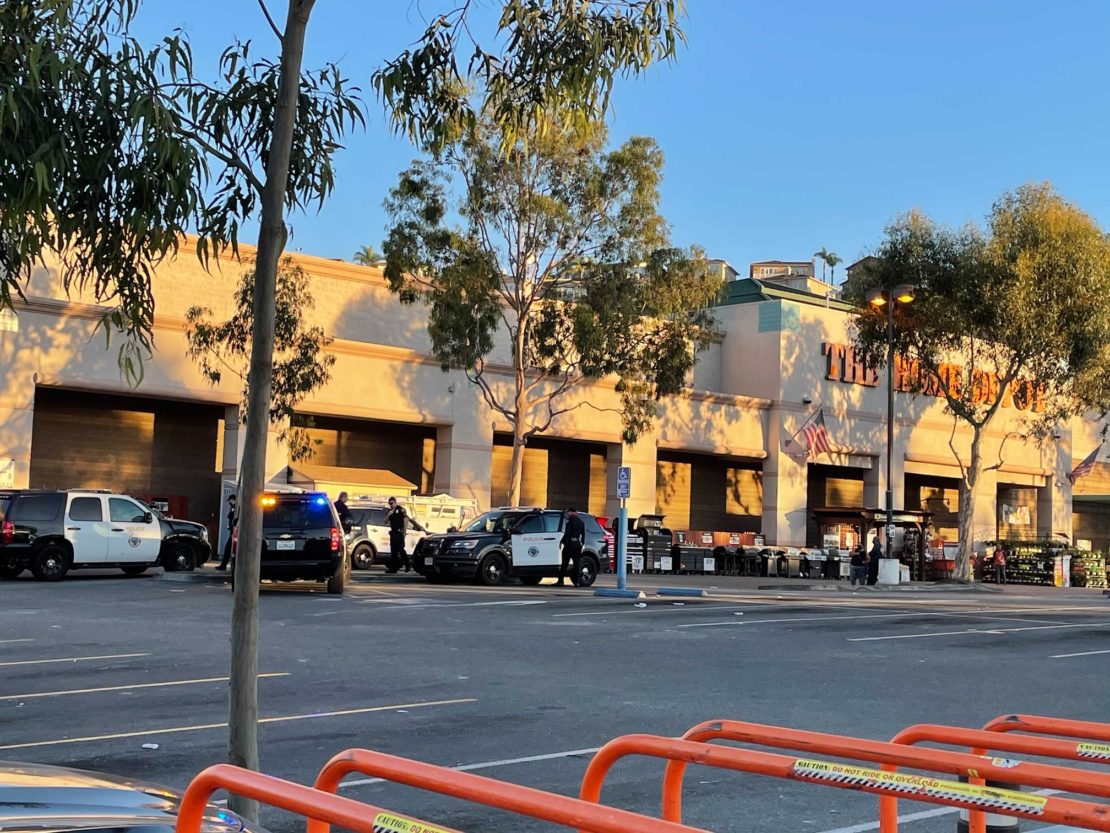 Home Depot on Signal Hill, where suspects ran after bailing out of their car following a police chase through Long Beach. Photo by Sebastian Echeverry.

Police said the chase began around 3:20 p.m. after officers were flagged down by a pedestrian who said he was robbed at gunpoint by suspects in a red car. Officers found the suspected vehicle and tried to pull the car over, however, the driver accelerated and the chase ensued.

After zig-zagging through Central Long Beach, the chase came to an end at Cherry Avenue and Willow Street where suspects bailed from the car. Witnesses inside the Home Depot in Signal Hill said they saw the men run into the store.

Police cleared the store of customers and employees and searched for the suspects.

Shoppers Dana Johnson and his wife Lisa were in the Home Depot when they said officers surrounded the store’s entrance. Johnson said he was leaving the store’s restroom when he saw officers pinning a person to the ground, while another officer asked him if there was anyone else in the restroom.

At about 4:50 p.m., officers allowed people to go back inside. A firearm was found in the 800 block of 9th Street near the Dignity Health hospital. Fahey said investigators believe the suspects in the chase were also involved in a shooting that took place earlier in the day. No one was injured in that shooting police said.

Police are investigating the shooting as gang-related. They define “gang-related” crime as any crime “committed for the benefit of, at the direction of, or in association with any criminal street gang.”

No injuries were reported during the chase.