More than 30,000 households and businesses in the Bixby Knolls, Lakewood and North Long Beach area were without power this morning, but electricity was restored to most of them within a few hours, according to Southern California Edison.

The outage began around 6 a.m. Friday after an equipment failure that included at least two downed power lines, according to Edison Public Safety Advisor Reggie Kumar. All but about 900 customers had their electricity back by 9 a.m. Full operation didn’t resume until about 2:40 p.m., he said.

It wasn’t immediately clear why the wires fell. Resident Ricardo Arrivillaga said there were several downed electrical cables on the northern edge of Long Beach that prompted a large response from the power company.

Arrivillaga owns Ricardo’s Nursery on Atlantic Avenue near the 91 Freeway. He said large power cables fell from the electrical towers on his 9-acre nursery. They landed on his property and in the street sometime late Thursday or early Friday morning, according to Arrivillaga. 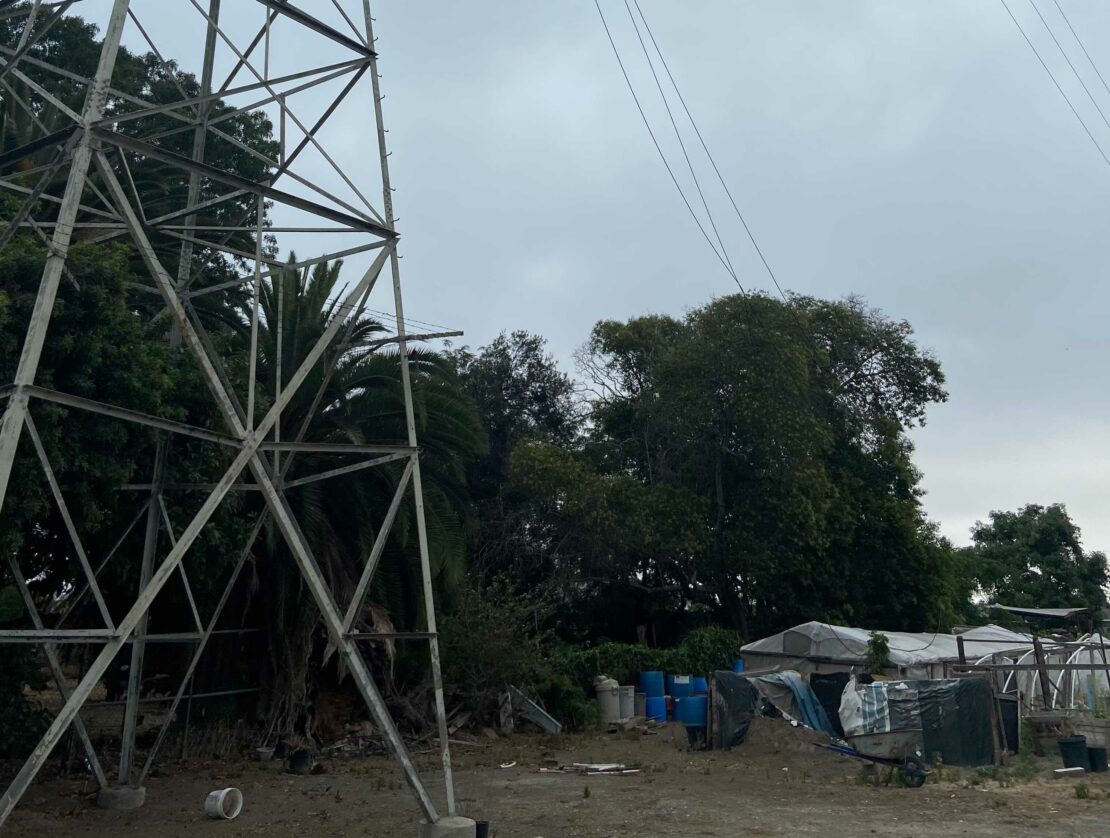 He said that two cables fell near some trees between Atlantic Avenue and Myrtle Street. He witnessed a large group of police cars and Edison repair crews close down a part of Atlantic Avenue to traffic while they worked on repairing the fallen cables.

Arrivillaga was one of the many customers who ended up without electricity.

“I can’t pick up the office phone and process credit cards,” he said in Spanish. 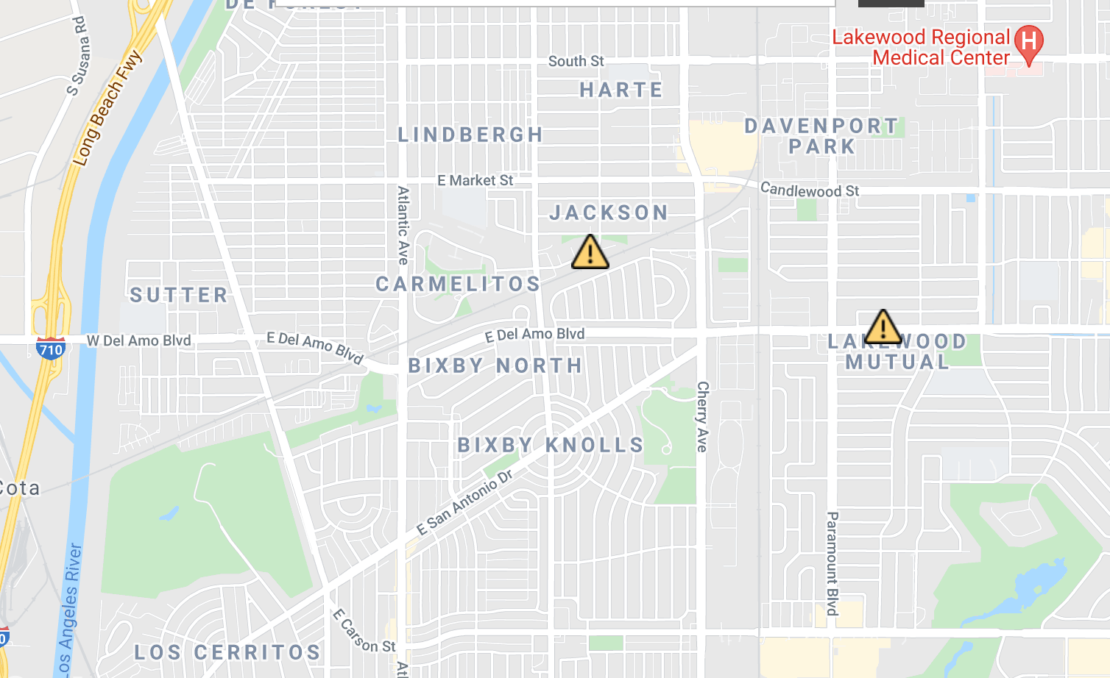 A screen shot of Southern California Outage map showing the general location of the problem.

The outage comes as authorities have urged residents to conserve power while a major heat wave baked the western U.S.

Although temperatures in Long Beach have remained relatively cool, hitting only the high 70s, other parts of the state have been broiling hot.

On Thursday, triple-digit high temperatures were recorded in the Sacramento and San Joaquin valleys and the deserts. Death Valley reached 128 degrees and Palm Springs tied the all-time record of 123 degrees. It was much cooler in the state’s coastal areas. Long Beach was only expected to hit a high of 79 degrees on Friday, according to the National Weather Service.

As temperatures spiked on Thursday, Gov. Gavin Newsom signed an emergency proclamation that suspended certain permitting requirements—allowing power plants to ramp up operations if necessary to meet the demand for electricity. The proclamation cited the “extreme heat peril” facing the state this week.

The California Independent System Operator, which runs the state’s energy grid, issued a Flex Alert for 6 p.m. to 9 p.m. Friday.

During those hours, people were urged to set their thermostats to 78 degrees or higher and to avoid using washers, dishwashers and other major appliances. An alert was also in place Thursday evening.

Pacific Gas & Electric said rotating power outages were possible for about 121,000 Northern California customers Thursday night but that step did not need to be taken because the power supply proved adequate.

During an intense Western heat wave last August, the state had two days of rotating outages that affected more than 200,000 people. They were the first such blackouts since 2001.

Power officials said the electrical grid has had upgrades in power storage and transmission since then, including adding about 3,500 megawatts of capacity—enough to power some 2.6 million homes. That includes 2,000 megawatts worth of battery storage that could be crucial when solar power generation tails off after dark.

The heat wave was expected to continue into the weekend, with worst of the torrid conditions affecting California’s interior regions.

The heat was blamed on a dome of high pressure that has covered the U.S. West.

The heat wave came amid a drought that has dried up vegetation and increased fire danger. There have been a number of small wildfires around California this week but the state has avoided the fierce gusts that drove last year’s devastating blazes.

Editor’s note: This story has been updated with more information from Edison.