More than 150 people gathered to protest a continued lack of public engagement during city council meetings due to strict COVID-19 guidelines. Since mid-March, councilmembers have teleconferenced for meetings and live public comment has not been available.

“The real change comes from behind those doors, from our elected officials,” said protest organizer and Long Beach resident Lee Charley, who questioned why council meetings remain closed to the public while other businesses are reopening after forced closures due to COVID-19.

Charley noted that tonight’s meeting has several important items that would have drawn many public commenters under normal circumstances. 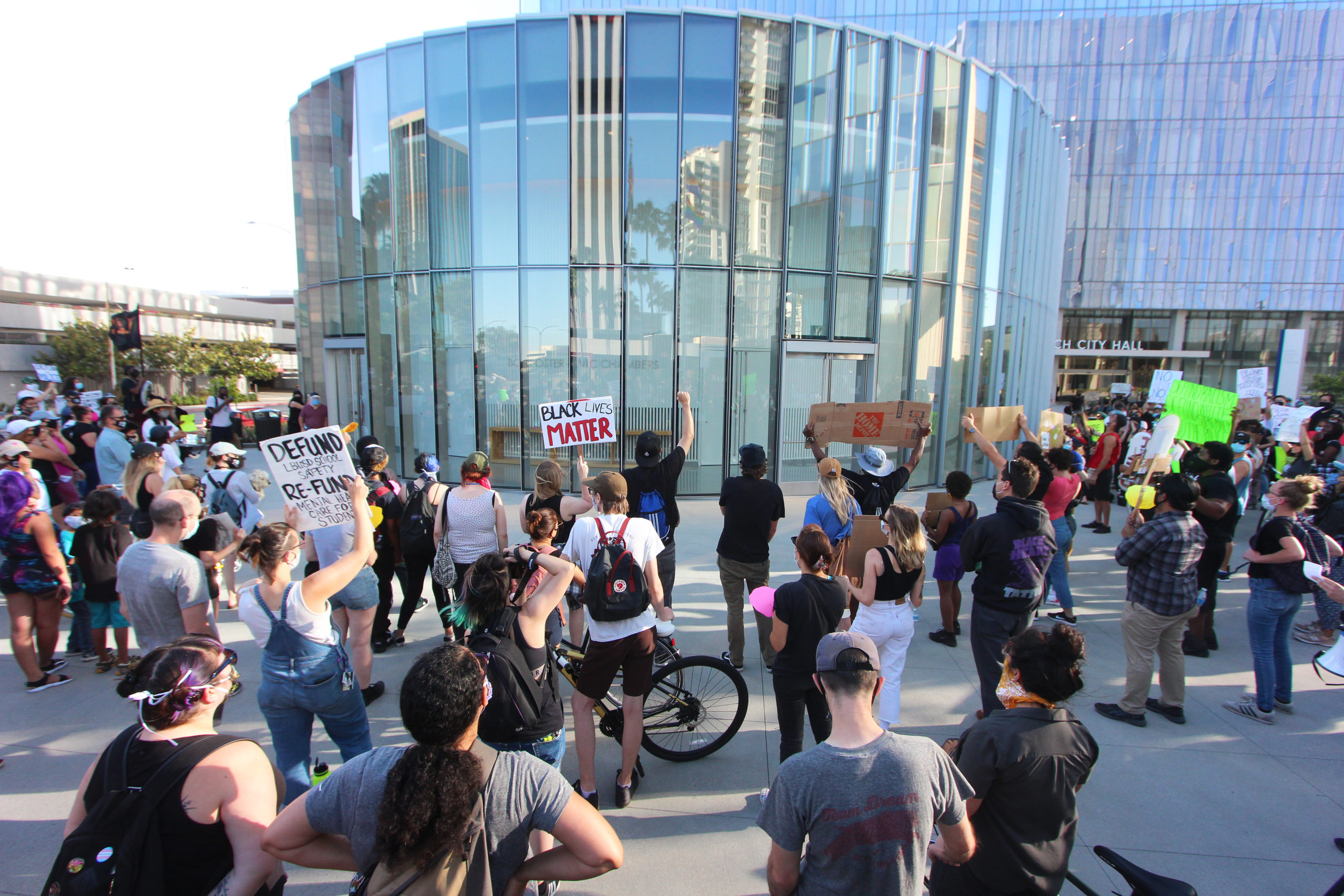 The council agenda includes multiple controversial items related to police and recent civil unrest that resulted from the killing of George Floyd in Minneapolis while in police custody. Items included a request for a report on the city’s Citizen Police Complaint Commission, public acknowledgment of the existence of systemic racism and the development of policy reform.

“I just feel betrayed by the politicians, especially the mayor,” Charley said. “There is a big disconnect. We’re in turmoil, this is a time for communication.”

“[City leadership] isn’t listening right now. [They] are essentially leaving us out in the cold—thank God it’s summer,” said Franklin Sims, a Long Beach resident and activist. “We’re left out in the cold, we can’t come in. Let us in the chambers.”