Protesters who gathered at Recreation Park this afternoon marched to Councilwoman Suzie Price’s home in Belmont Heights and left coffins on her front yard as they demanded leaders defund police and adopt a “People’s Budget.”

The protesters chanted “Suzie, what’s your price?” in front of the councilwoman’s home. Price, a prosecutor in Orange County, is chairwoman of the public safety committee.

The group of close to 100 people gathered a few hours before the City Council was set to approve a budget that spares the Police Department from the kind of drastic cuts many protesters have demanded this summer. Leaders have proposed cutting the department by about $10 million, with some unfilled positions being eliminated and others like police helicopter pilots and some patrol officers being converted to civilian positions.

Before Tuesday’s budget presentation, proponents of the “People’s Budget” got 10 minutes to give a presentation to the council about what they’d like to see, with four members of the group taking the council to task over what they described as a lack of action.

“Your silence speaks volumes,” Dawn Modkins of Black Lives Matter told the council. “The actions of each of you today are far more important than your platitudes on social media.”

The speakers detailed various police shootings, civil settlements over police actions, the lack of power given to the Citizens Police Complaint Commission, lack of transparency and a litany of other of complaints.

“You spoke from your heart and your experience and I appreciate the moment,” she said. “This is not a comfortable presentation; it’s not what people were expecting.”

No other councilmembers offered comments.

Pearce made a motion that the item be received and filed, but it could not get a second from another member, so no action was taken.

Earlier at the protest, James Suazo of Long Beach Forward said, “Maybe we don’t defund the police today, but this isn’t over—we’re going to keep coming back.”

A group of about 60 #BlackLivesMatter protestors are outside councilwoman @suziepriceLB3’s house chanting “Suzie Suzie what’s your price.” Price, an Orange County prosecutor, is head of the public safety committee. pic.twitter.com/2YBj7lFPFx 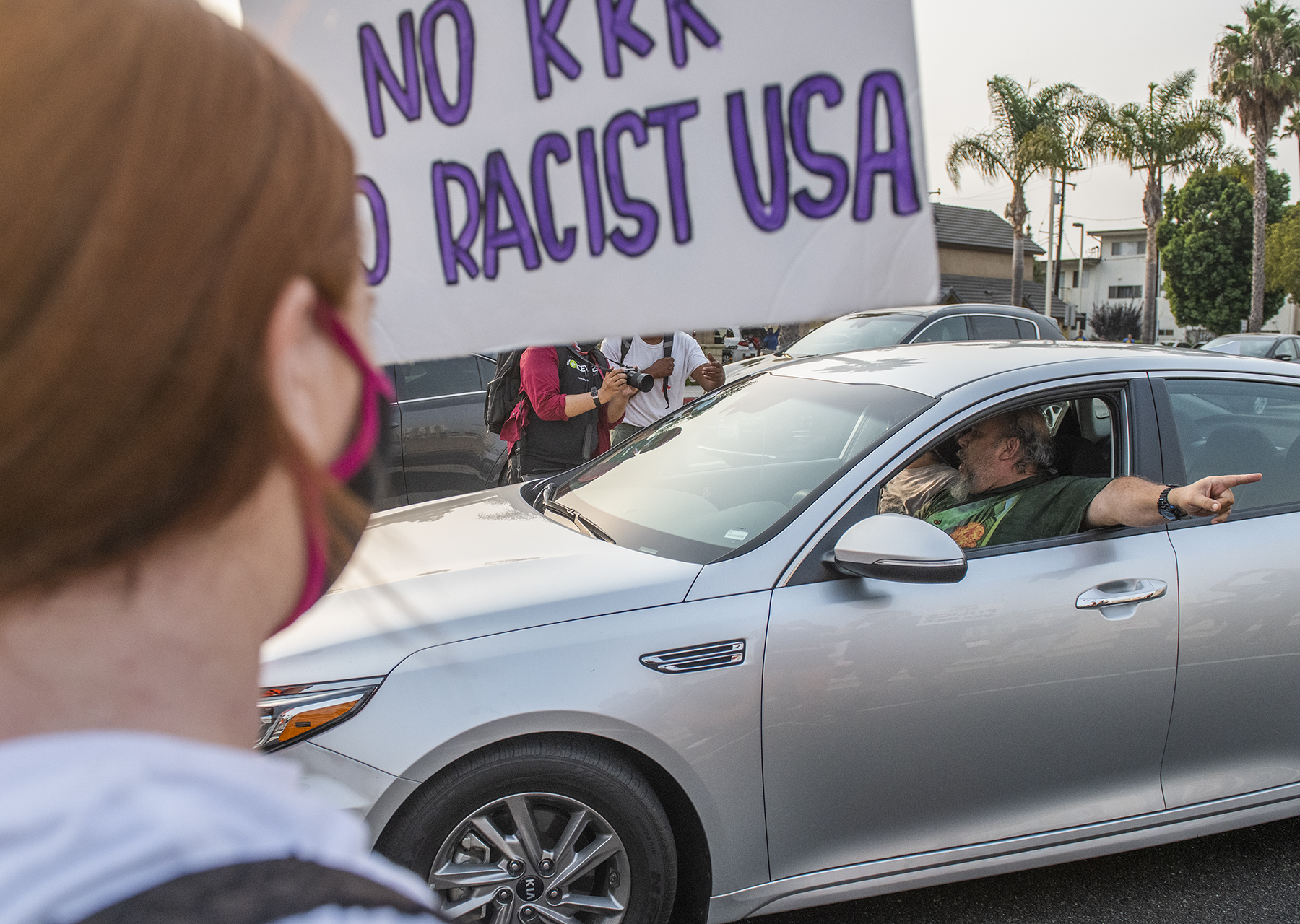 A driver attempts to go around the protesters as they shut down Bellflower Blvd and 7th Street in Long Beach Tuesday, September 8, 2020. Photo by Thomas R. Cordova.