Canadian rapper, singer-songwriter, and record producer Tory Lanez stopped by the Unite the People office in Downtown Long Beach and donated $50,000 to pay off the legal fees for 30 families on Friday.  Most of the families were completely surprised by his appearance and gesture.

“Going through my own situations, I can understand how the legal system can be,” Lanez said as he spoke to the families.

Unite the People Inc. is a nonprofit organization founded in 2016 by Cesar McDowell. The goal of the Long Beach-based organization is to promote social justice throughout the United States, including by helping to ensure those who are incarcerated have access to established and well-versed attorneys. Often, neither incarcerated individuals nor their families have the finances to pay for a competent attorney.

Although legal fees with Unite the people are more affordable, they are not free.  Payment plans and donations help make the legal fees manageable but, thanks to a sizable donation, several families who are working to have sentences reduced, or are hoping for an exoneration, had their legal fees paid in full on Friday.

In October 2020, Lanez was charged with felony counts of assault with a semiautomatic firearm, personal use of a firearm and carrying a loaded, unregistered firearm in a vehicle. The charges came after rapper Megan Thee Stallion accused Lanez of shooting her in the foot after a house party on July 12.  Lanez plead not guilty and the case is pending.

While he is fighting those charges, Lanez says he is, and will always be someone who wants to give back.  “I’m a big, big purpose person,” he said. “And I’m a big person when it comes down to helping. That means the world to me. I was homeless when I was 14. I mean, like, begging for change homeless.”

Lanez says he has been an advisory board member with Unite the People for three years and the organization is diligently working on prison reform. But at this moment, he felt paying off the legal fees would provide an immediate impact. 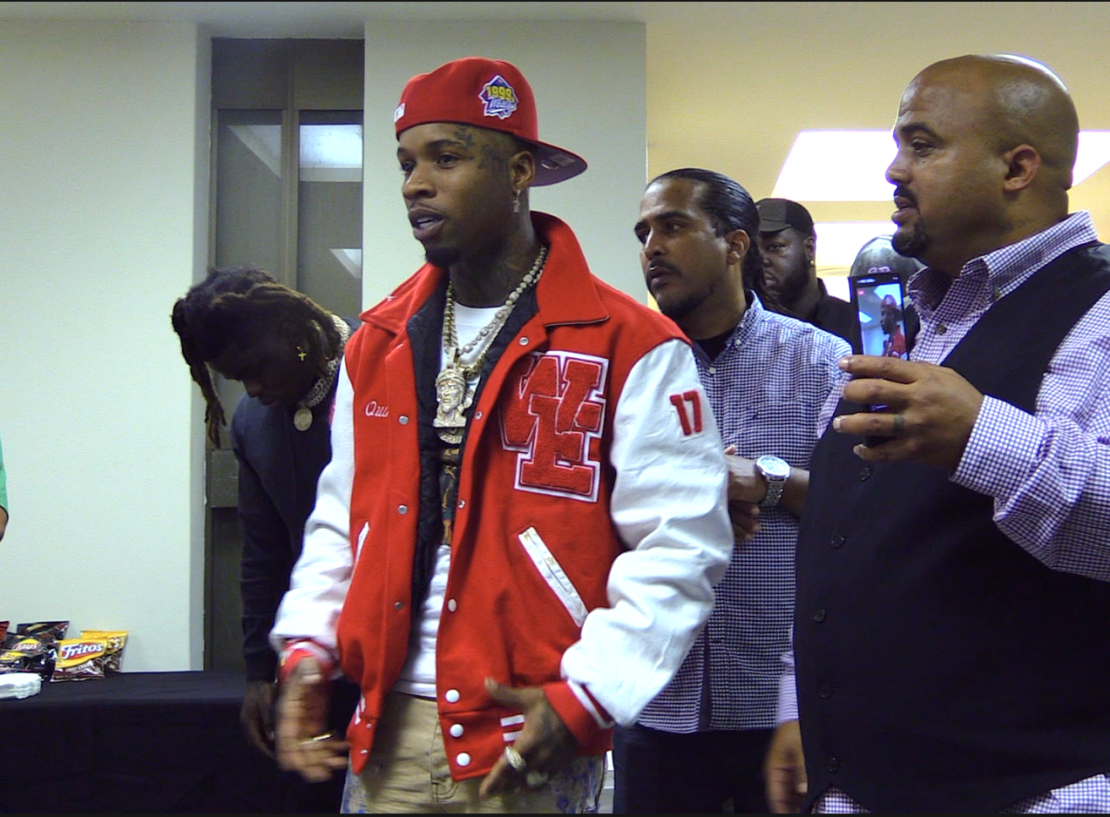 For those who are not financially able to fight their legal battles, having legal fees paid off caused a range of emotions. Amelia Lopez and Cecilia Kamakani were among those surprised by the rapper’s donation Friday; they were only told there may be an opportunity for financial assistance on their case.

They flew from San Jose on behalf of their brother Francisco Kamakani, who has been incarcerated since he was 17.

According to the sisters, Kamakani pleaded guilty to a crime he says he didn’t commit in exchange for a lesser sentence. Instead, Kamakani received a sentence of 15 years to life and was denied a chance to rescind his plea.

The legal fees for the Kamakani family were $4,900. The family was able to raise about half that, but on Friday, the balance was paid off. Cecilia Kamakani became emotional as she hugged Lanez after receiving the paid-in-full receipt.

She said she felt hope for the first time in a long time.

Unite the People founder Cesar McDowell says giving people hope in a hopeless situation, as well as pushing for judicial reform, is the goal of the organization. To learn more about Unite the People or to donate you can visit their website here. 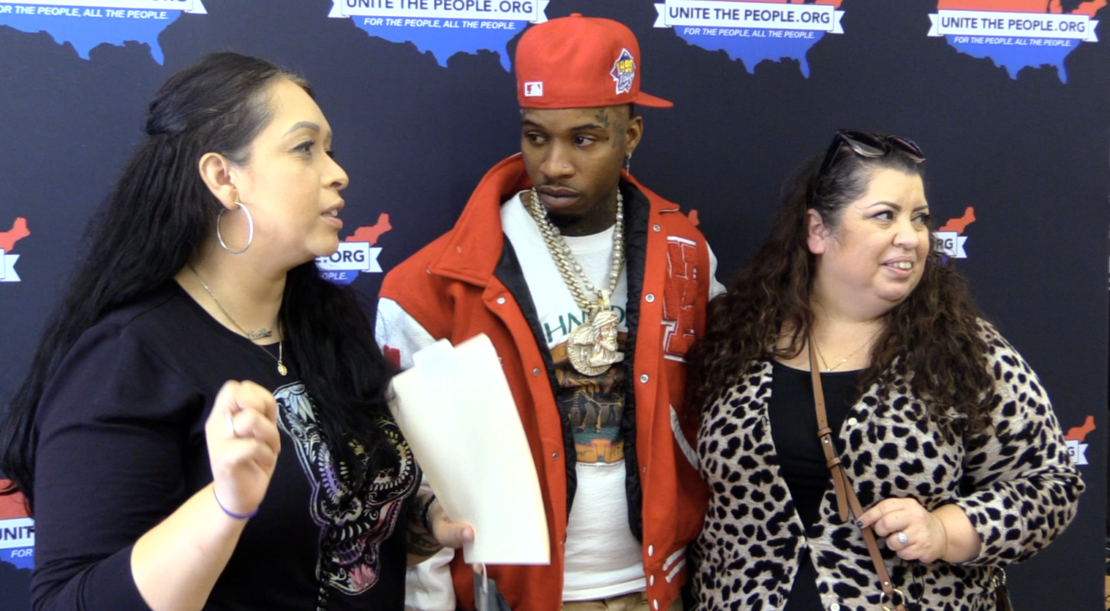