For the first time in 13 years, Long Beach will host the IndyCar championship race when the Acura Grand Prix of Long Beach makes its triumphant return after being cancelled at the last minute in 2020.

In March of last year, race day was fast approaching, with construction of the barriers, grandstands and ancillary elements about 70% completed. When the state went into lockdown as the novel coronavirus spread rapidly, the Grand Prix Association of Long Beach was forced to cancel the longstanding race weekend for the first time since 1975.

“Then we were faced with the necessity of removing all those items and bringing them back to our storage,” association President and CEO Jim Michaelian said. “It was a considerable economic and financial hit for the company because we earned zero revenue and incurred a substantial expense.”

To soften its losses, the association approached its vendors and clients, offering them credits for the 2021 race in lieu of a refund. Some accepted, but others did not.

In any case, the association scored financial assistance through the federal Payment Protection Program, which kept it afloat, Michaelian said. The organization received two PPP loans totaling just over $531,000, according to a Small Business Administration database.

As 2020 wore on and the pandemic began to worsen in the fall, the association was faced with another difficult decision: Host a highly modified event in April 2021—the usual slot for the Long Beach race—or finagle another path.

“We were not going to be able to run a full and complete grand prix in Long Beach,” Michaelian said. “There were going to be too many constraints. It was clear that that was not going to work.”

So Michaelian and his team went to work seeking an alternate date for the event—a tall order. To host the grand prix, the Long Beach Convention Center must be available, as do the city’s hotels. The various sanctioning bodies—IndyCar, Formula Drift, IMSA, Stadium Super Trucks and others—have to be available and within a reasonable distance from the city leading up to the race. And, of course, the city must approve permits. 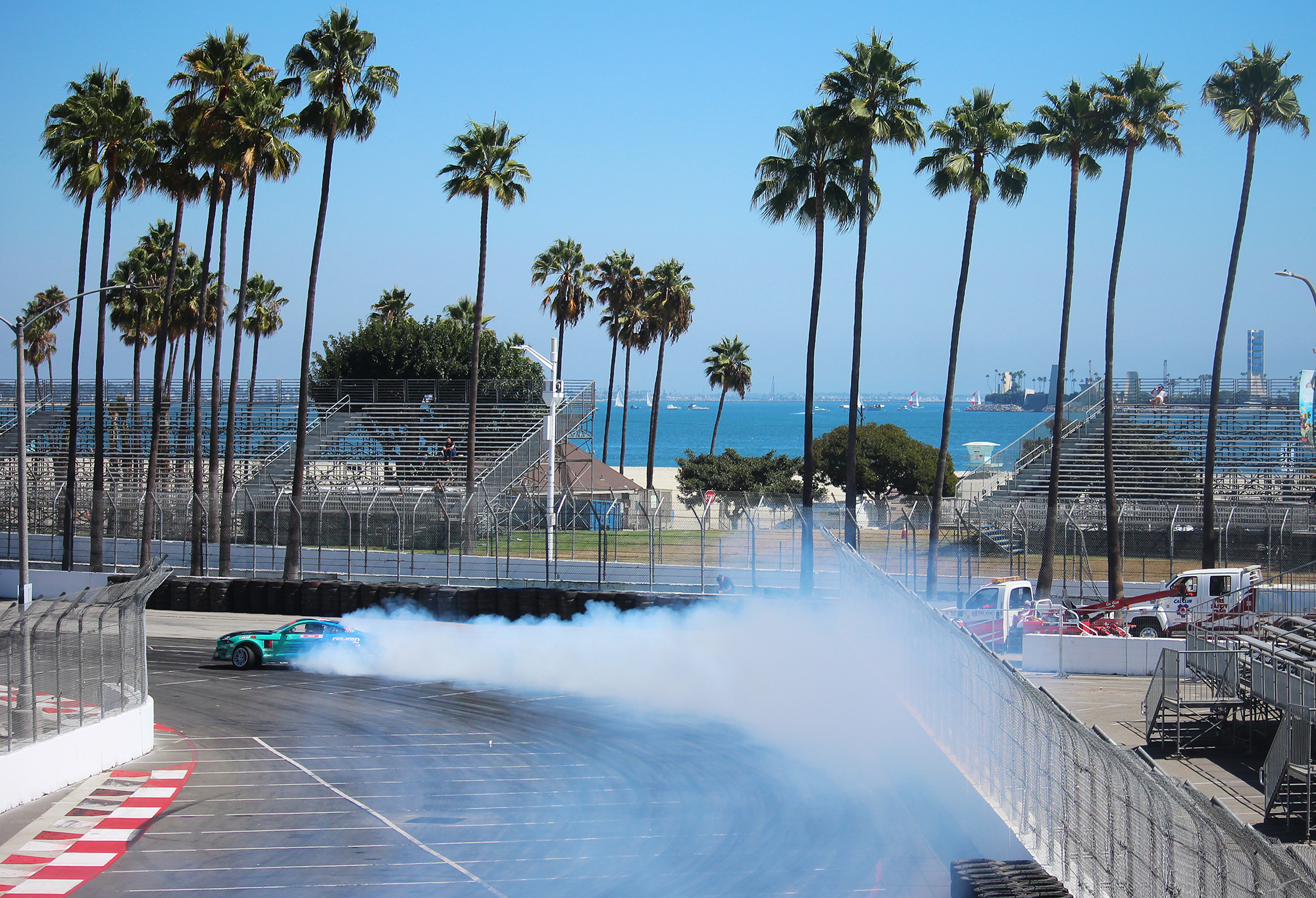 As it would turn out, the most convenient weekend for all involved parties would make the 2021 race one of the most historic for the city. The move to late September made Long Beach the final IndyCar race of the season, meaning the championship will be decided for the first time ever—and most likely the last time—on the streets of Downtown.

“The fact that we’re the season finale … adds a whole new dimension to the interest level,” Michaelian said, noting that the interest is not relegated to race fans but also to teams and their sponsors.

“We’ve experienced a significant increase in terms of our hospitality because a lot of the teams and sponsors want to be here if their car wins the championship,” Michaelian said.

One of those teams is Chip Ganassi Racing, as one of its drivers currently tops the IndyCar leaderboard. Alex Palou, a 24-year-old driver from Spain, is slated to drive the No. 10 car in Long Beach, with the hopes of winning the championship.

Heading into a race weekend at Laguna Seca the week before the Long Beach race, Palou had 477 points on the season, followed by drivers Pato O’Ward and Josef Newgarden, who have 452 and 443 points, respectively.

Palou’s first season with IndyCar was 2020, making it a strange adjustment from the year he spent racing Super Formula in Japan, he said.

“Last year was hard,” Palou said. “It was hard for me to get into the series—it was my first year racing in the U.S. and we had almost no testing and almost no practices because of COVID.”

Racing without fans also was not ideal, Palou said. Races are “99% about the fans,” who bring the atmosphere and energy to the track that drivers feed off of, he added.

Since the Long Beach race was cancelled last year, Palou has never driven the street course, a track type he said he does not have much experience with. Being a new track to him, Palou said it is not a “perfect scenario” for it to be the championship race while he is in contention for the top spot.

I would prefer to have had the opportunity to get some laps in before going to the race,” Palou said. “But it’s a historical track, it’s an amazing course and it should be a good weekend for us. It’s going to be hard but it will make the championship fight a bit more interesting.”

Long Beach has hosted a race in Downtown every year since 1975 but never a championship. The inaugural event was Formula 5000 on Sept. 28. The city hosted its first Formula One race in April 1976, a time slot the city has stuck with every year since. 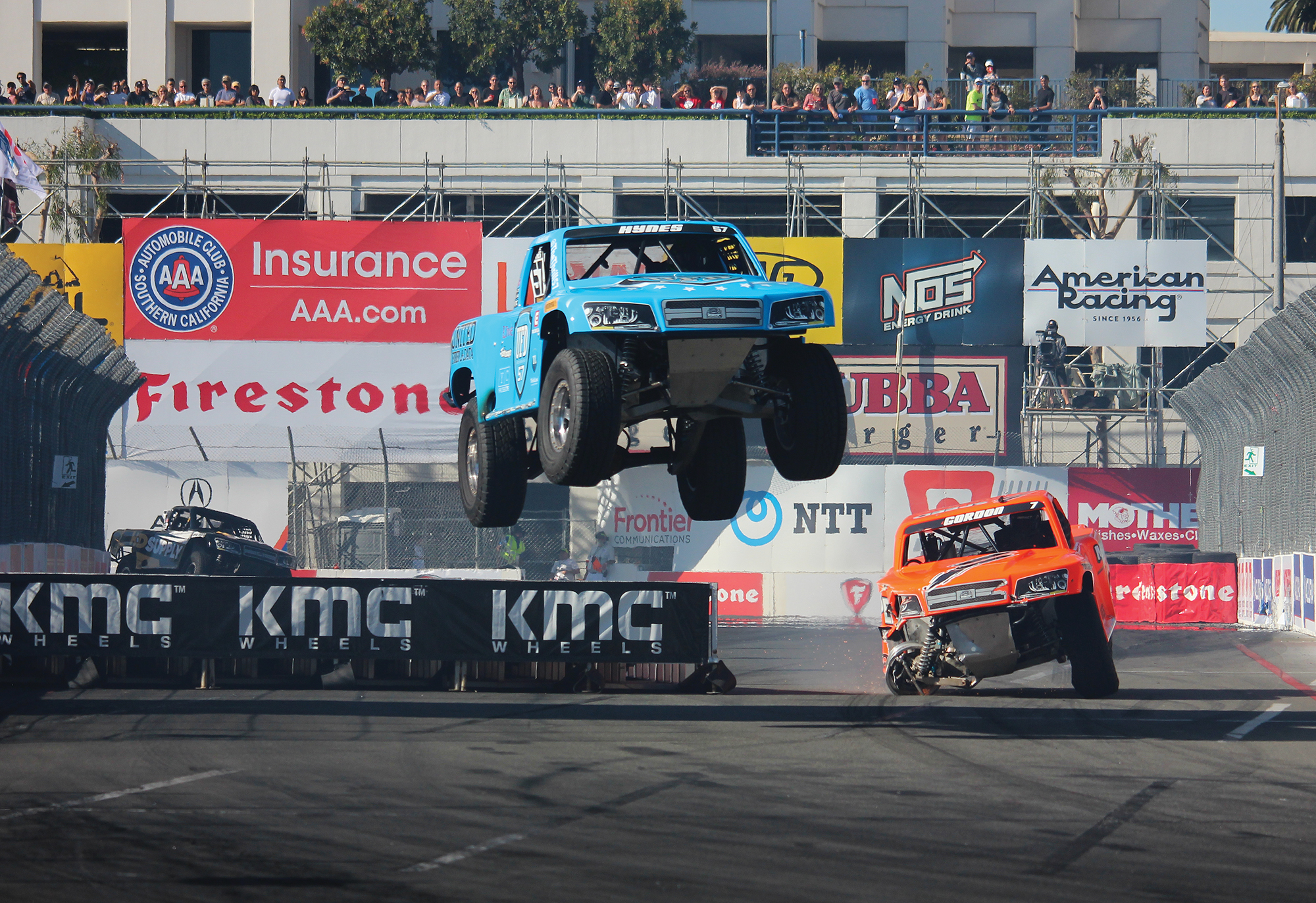 Formula One raced in Long Beach until 1984 when Championship Auto Racing Teams came to the city. CART ran until its final race in 2008, after which IndyCar took over.

Over the years, the grand prix association has introduced new events and attractions to draw in a larger and more diverse crowd. The 2021 race weekend is bringing back many crowd favorites, including Robby Gordon’s Super Trucks, drifting, IMSA, a music concert, the family fun zone, the lifestyle expo and the exotic car show.

This year, race weekend will include a Global Time Attack competition. The goal of GTA is to achieve the fastest single lap time over the course of the weekend. Drivers do not navigate the course wheel-to-wheel, instead starting laps one by one.

Looking ahead to the 2022 season, Long Beach will revert to its original slot with the race running April 8-10, according to Michaelian. This means the association will have a quick turnaround to prepare for next year, which Michaelian says is an advantage.

“We’ll already be in operational mode. It gives us momentum coming out of this event,” he said. “We’ll be contacting our sponsors, clients and ticket buyers shortly after the race is over.”

But before they can think about 2022, the organization has to get through the upcoming race, which is exceeding expectations, Michaelian said. Based on early ticket sales, he said projections put attendance only about 10% below previous year. Despite the coronavirus protocols in place, which include proof of vaccination or negative test, and masking, fans are hyped.

“It’s a combination of things: Part of it is we’re witnessing a championship race,” Michaelian said, noting there will be two victory ceremonies—one for the race and one for the season. “But the other thing is a lot of people have not attended a motor race in Southern California for a long time.”

“What we’re trying to achieve this year,” he added, “is to bring the Acura Grand Prix back to the streets of Long Beach in a manner that is very similar—maybe even better—than we had before both on and off the track.”