As the coronavirus began accelerating through the Los Angeles and Long Beach areas in early March, each person infected with COVID-19 was spreading the virus to an average of more than three people, Los Angeles County health officials estimate.

At that compounding rate of infection, officials feared hospitals would be overwhelmed quickly, putting the region in the middle of a public health disaster that would’ve been “difficult to imagine,” said Dr. Christina Ghaly, who leads the county’s department of health services.

But that didn’t happen. And on Thursday, Ghaly said that’s because the rate of coronavirus spread has been cut dramatically.

County health officials now estimate that—on average—each COVID-19 patient is passing the virus on to only one other person.

County officials say that’s thanks to the social distancing rules and stay-at-home orders that have locked down so much of the region. 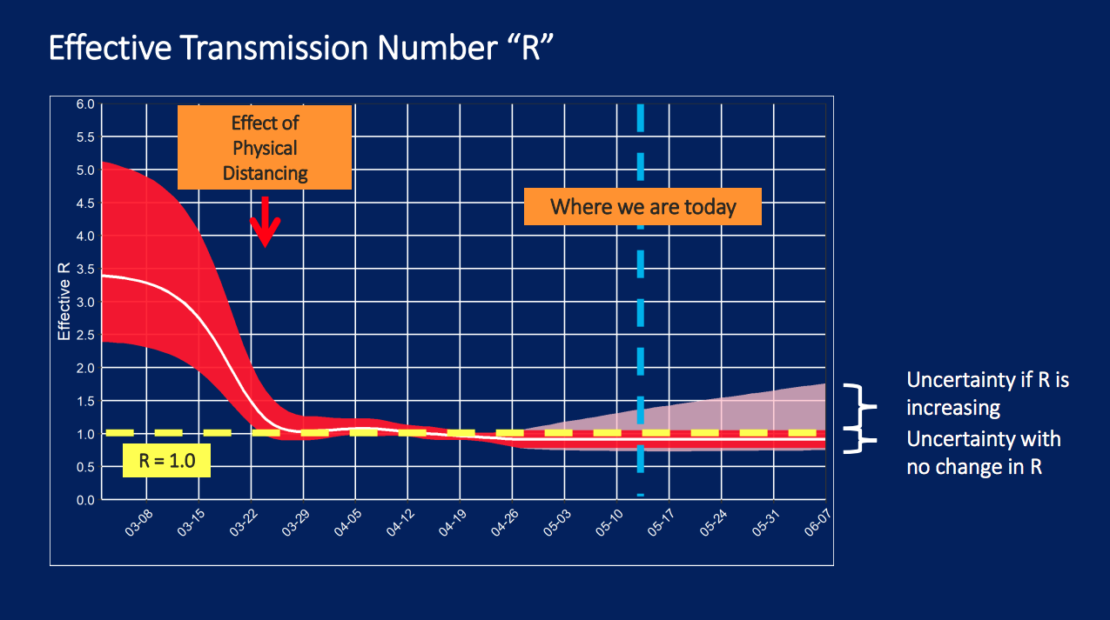 R indicates the number of new people expected to be infected by each patient. Courtesy LA County.

Because the rate of infection fell to one, the spread essentially flattened instead of accelerating. That means the number of new cases and hospitalizations has remained relatively steady day over day recently, without showing dramatic spikes or drops, health officials said.

Because of gaps in testing, health officials know they haven’t captured every single COVID-19 case, but they believe they’re able to get a fairly accurate picture of the numbers by inferring that data from how many people are hospitalized for the illness.

Hospitalizations have even shown a slight decline across the county, according to Ghaly.

Long Beach has seen something similar, with hospitalizations ranging from 40 to 58 at any given time since April 9. However, on Thursday, the number moved toward the upper end of that range with 54 people hospitalized. 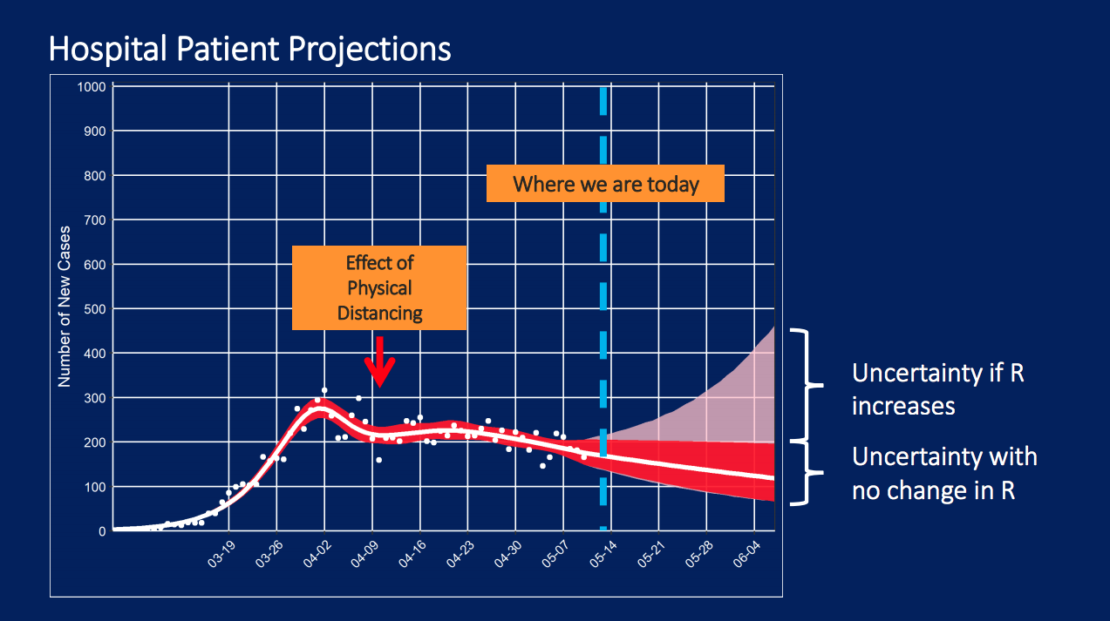 A chart showing hospitalizations and projections as of May 14. Courtesy LA County.

Unlike other hard-hit areas like New York City, LA County and Long Beach never saw a massive spike or peak that overwhelmed the health care system, according to Barbara Ferrer, LA County’s director of public health.

But fear about what was happening elsewhere prompted officials to act quickly, Ferrer said. In mid March, the city, county and state all issued their sweeping stay-at-home orders.

“We were scared,” Ferrer said. 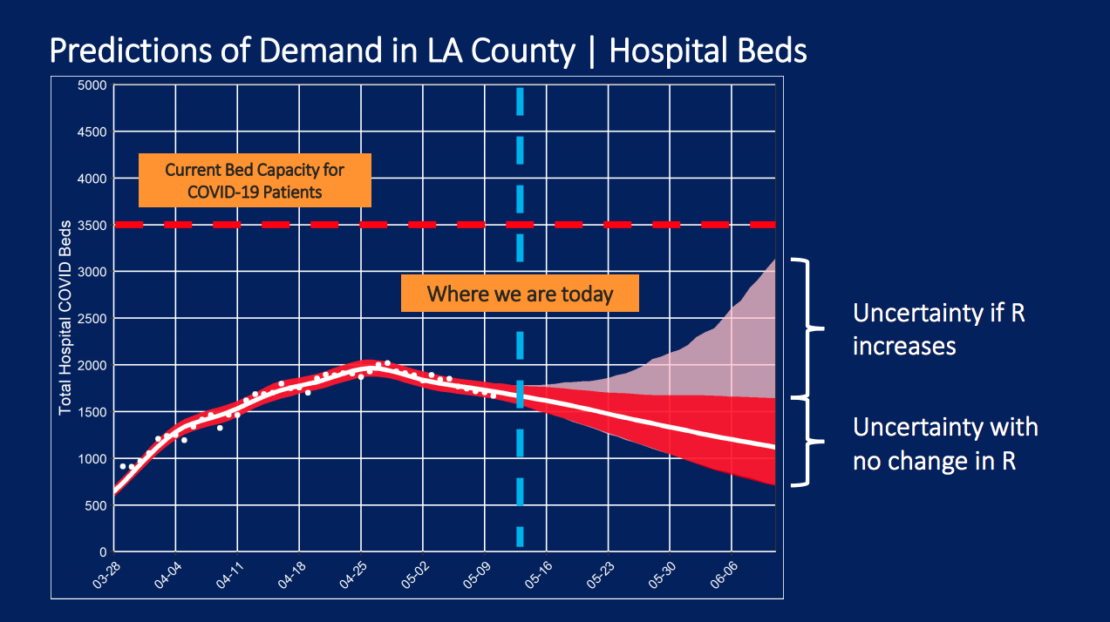 A chart showing hospital capacity and projections as of May 14. Courtesy LA County.

There’s no definitive reason why New York has so far fared so much worse than California, according to Ferrer, but New York’s density and California’s quick moves to shut down likely played a part.

That’s part of why health officials have moved so slowly to relax health orders and asked people to strictly abide by social distancing and masking rules for the foreseeable future.

“If we simply go back to work and life as it was before,” Ghaly said, “ … Then we will experience a rapid increase in cases and that will require drastic actions that none of us want to revisit.”