Editor’s note: City officials have added to the order since this was published, you can find the changes here.

Officials are ordering all nonessential businesses to close and residents across the state—including Long Beach—to stay at home in the latest of several extraordinary measures to stem the spread of coronavirus.

“Home isolation is not my preferred choice, but it’s a necessary one,” Newsom said. “We started focusing on seniors and we will continue to do so, but we now need to broaden that to every Californian.”

The orders, effective at midnight Thursday, exclude workers in essential industries, such as grocery stores, workers at the ports, health workers and first-responders—and residents will still be able to shop for food, care for family members or go for a walk.

However malls, museums, retail stores, nonprofits, hair and nail salons and other venues must stop operations, Los Angeles Mayor Eric Garcetti said. No public and private gatherings will be allowed: “The only time you should leave your home is for essential activities,” he said.

Restaurants are allowed to stay open for pick-up or delivery only, along with farmers markets, grocery stores, hardware stores, pharmacies, dry cleaners and other businesses, officials said. Those business, however, are expected to practice social distancing.

But officials are asking all non-essential workers and businesses to close operations or move them remote, and for residents to not gather anywhere indoors with more than 10 people.

The order will be in place for unknown period of time.

“We can’t tell you exactly how long these orders are going to be in place, but we know it will be temporary,” Supervisor Kathryn Barger said at a press conference this evening.

Garcetti said the county is trying to intervene sooner than places such as Italy, which has the highest death toll so far from coronavirus.

“Human life is precious,” the Los Angeles mayor said. “Each decision we make is with that in mind.”

“All citizens across the county, and those in Long Beach who are watching, should follow the orders that have been issued,” Garcia said.

Garcia added that there is a myth out there that only seniors are vulnerable, but “young people are getting sick, and young people can absolutely carry the virus to other populations.”

This is the time, he said, for the next generation to care for parents and grandparents by following these orders.

In response to a question about this order will be enforced, Barger said police were not going to be out there arresting people. However county and city officials would be monitoring businesses and asking them to shut down; she said most businesses and residents have complied—and officials expect that to continue.

However, the official order does say that anyone not in compliance could be punished with fines, imprisonment or both.

Thursday’s announcement builds on earlier closures of bars, gyms, movie theaters and dine-in service at restaurants. Gov. Gavin Newsom on Sunday also directed all persons over 65 to isolate at home.

“Locally, I think that there are still many folks that don’t understand the severity of the crisis that we are in and I would encourage people to overreact right now,” Garcia said in an interview with the Post on Wednesday. “We need to be in a place where we are doing more than we think we need to do. That’s how we’re going to save lives.” 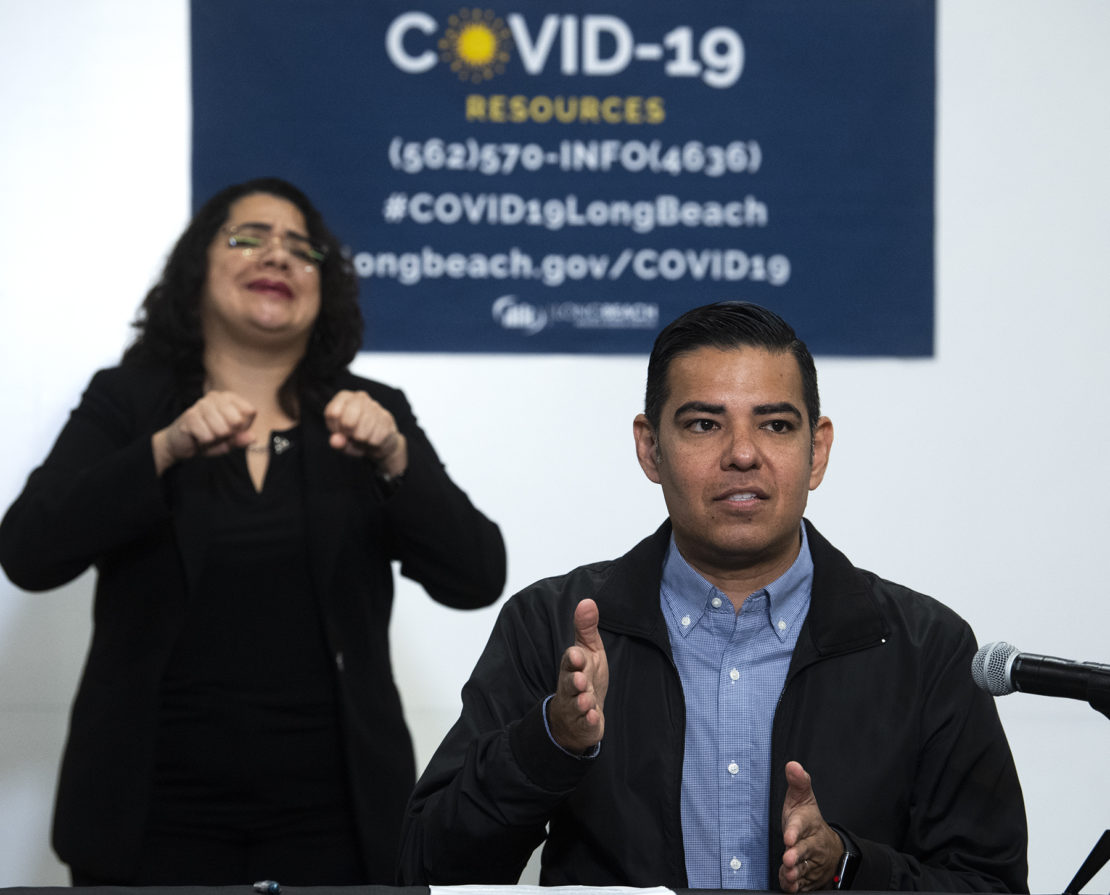 Emily Holman, the city’s communicable disease controller, said at an earlier press conference that it’s OK for people to go outside and get fresh air, to walk pets and get exercise, but she asked that residents stay at least 6 feet away from others when doing these activities.

Coronavirus has so far infected more than 860 people in California and cases nationwide have topped 10,000. The virus has killed 17 people in the state.

As of Thursday, Long Beach has reported 12 cases of coronavirus, including three people who have already recovered. Another 130 people are being monitored.

Garcia said the number of confirmed cases of coronavirus is expected to increase as the city is able to test more people.

In response, another significant announcement came Thursday night: Long Beach Community Hospital will temporarily reopen on Saturday and will begin accepting patients transferred from nearby hospitals to help with an anticipated surge in coronavirus cases.

The opening will bring an additional 158 hospital beds to the region, including 10 intensive care beds and 10 ventilators.