A Long Beach restaurant owner who defied local coronavirus rules wants a judge to force the city into letting her reopen now that a ban on outdoor dining has been lifted.

Dana Tanner, owner of Restauration on Fourth Street, refused to close down her patio during state and local stay-at-home orders and—as a result—city officials pulled her health permit and cut her gas, leaving her with no avenue to operate legally even after other restaurants were allowed to reopen outdoor dining.

But Tanner argues the process that shut her down was unfair. On Monday, she filed a petition in Los Angeles Superior Court against the city of Long Beach and its health department, seeking the return of her health permit.

“The city of Long Beach public health data provides no support for the shutdown of outdoor restaurant operations,” the petition states. “There is no reliable data which tracks the spread of COVID-19 in restaurant settings that provide for only take out or delivery as opposed to outdoor dining only.”

Allowing major retailers and manufacturers to remain open while restricting restaurants to take-out or delivery only is “without justification and is arbitrary (and) capricious…,” the petition alleges.

A representative for the Long Beach City Attorney’s Office did not immediately reply to a request for comment, but city and local health officials have said they chose to shut down restaurants during the height of the coronavirus surge because they were one of the few places people were allowed to congregate for long periods without masks—making them uniquely risky. 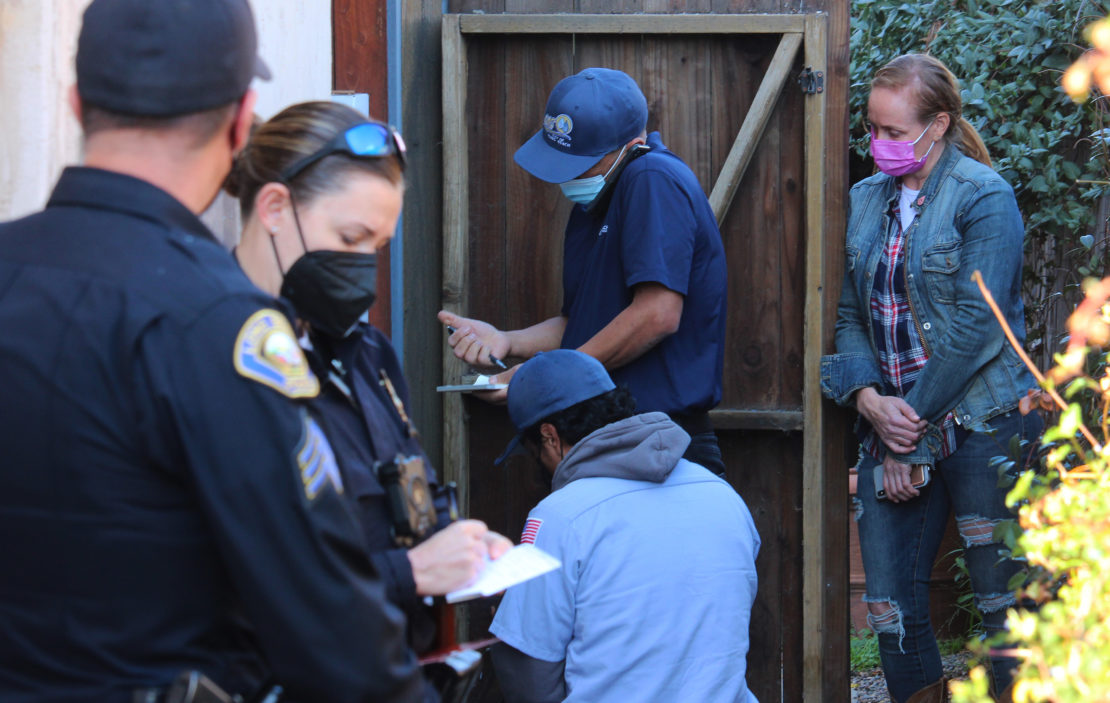 According to Tanner’s petition, a city health inspector cleared the restaurant of any violations during a Jan. 8 visit, but then returned an hour later.

“The inspector stated he saw two people in the back patio area, without masks on, and immediately posted a notice of closure on the door and left,” the petition states.

This was during the worst of the local coronavirus outbreak when Long Beach was seeing almost 5,000 new coronavirus infections per week and hospitals were preparing guidelines for how to ration care.

Tanner tried to appeal the closure and has complained that the process was rushed and biased. In the petition, she alleges her attorney was not allowed to fully cross-examine a key city witness at an administrative hearing nor provide argument over the evidence presented. The city emailed Tanner a notice on Jan. 22 that her health permit was being immediately revoked, four days before the city began allowing outdoor dining at city restaurant to resume, according to the petition.

City officials have said they cracked down on Tanner because of “continued flagrant violations” of local health orders.

Tanner openly refused to shut down outdoor dining and hosted a meeting in January encouraging other restaurants to join her in breaking the rules.

Long Beach has fined Tanner at least half a dozen times and filed a host of misdemeanor charges against her accusing her of operating without a health permit and running an illegal gas line to her restaurant after her service was shut off. Crews removed the line after neighbors complained about a gas leak. Tanner says a supportive neighbor hooked up the line for her without her knowledge.

This week, city officials continued to escalate the fight by removing a parklet that had been installed in front of Tanner’s restaurant for outdoor dining.

“They tore it up Monday and took everything with it,” said Tanner, who plans to appeal that decision, too.

Tanner has said she chose to stay open during the shutdown to try to provide a paycheck to her employees even though she wasn’t making any profit for herself.

Even without the parklet, a permit or gas service, Tanner says she is still serving diners on her back patio and will continue to do so.

“I’m just working through it,” said Tanner, who says she’s also applied for a new health permit but has yet to hear back from the city.