A man believed to be the person captured on video painting over a George Floyd mural outside a salon in Downtown Long Beach last week returned to the scene Friday, startling the shop’s owner.

“He said, ‘I want to apologize for what I did,’” said Tiffany Sidwell, owner of Verde Salon. “I just told him ‘You need to get out, I’m with a client right now.”

Before leaving, she said the man pulled down his mask and said, “I don’t have Covid, lady.”

Following the sudden encounter, Sidwell called the Long Beach Police Department and filed a report. Police confirmed that a report was taken, but said they would not be able to immediately provide comment.

Sidwell said the man also taped notes near the painting of Floyd that read, “I don’t need stupid thugs threatening me anymore. Your painting is fine R.I.P G.F.” and “A racist is a person full of hate. I am not a racist.”

The video of the man painting over the mural went viral and was picked up by activist Shaun King, who has a substantial following on social media.

Seems like you all may have already found this man, in Long Beach, but I just wanna be sure. Act ugly and be a bigot and we will make you famous for it.

“I guess people found out who this guy was,” Sidwell said. “It spread like wildfire.”

The man, whose alleged identity has been shared on numerous social media platforms, has not been arrested or charged for a crime.

Sidwell had Anna and Kenny McBride of McBride Arts paint Floyd’s likeness on plywood on the exterior of her salon to show support for the Black Lives Matter movement. After news spread that it had been painted over, the mural was repainted and graffiti-proofed. 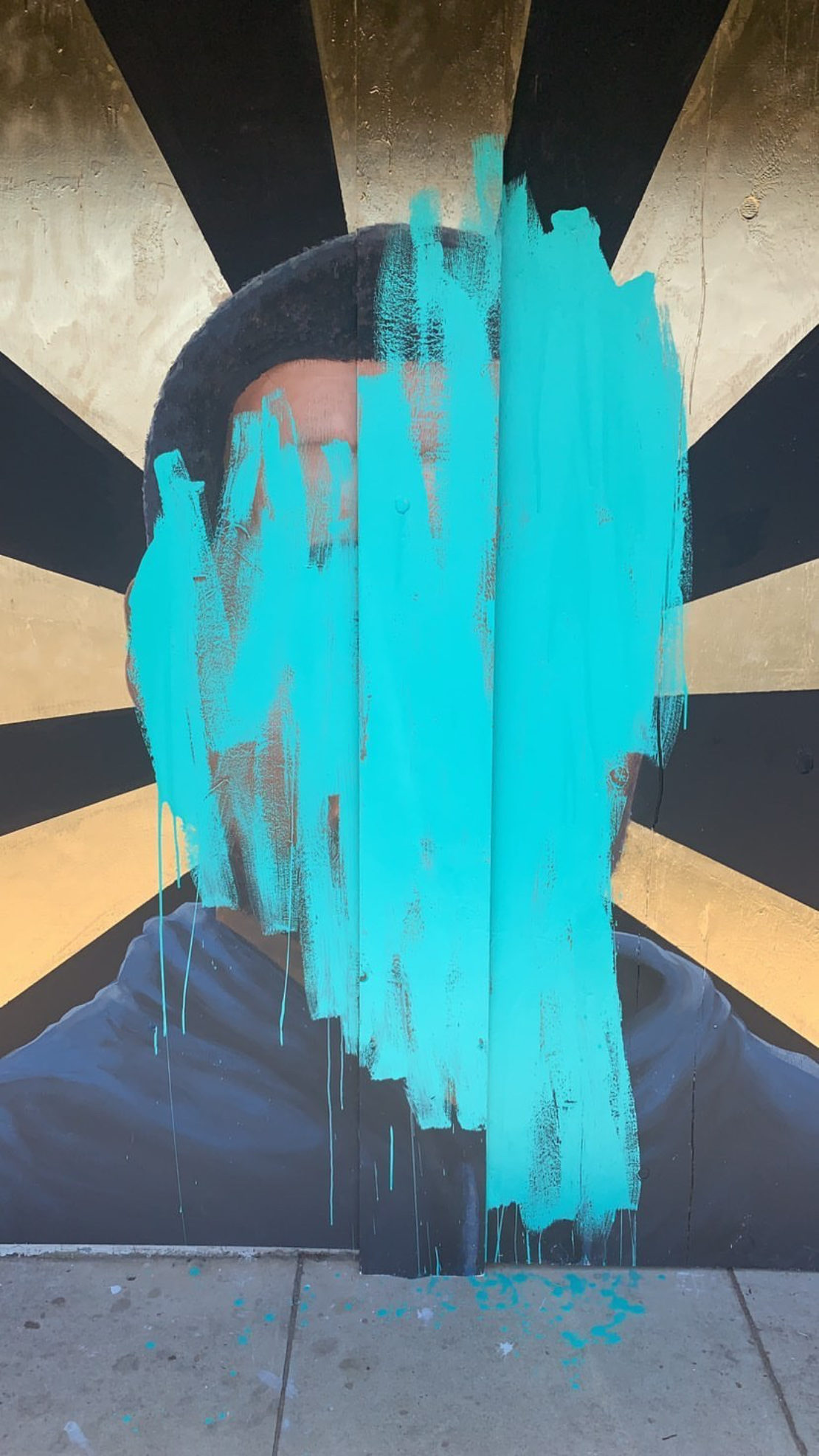 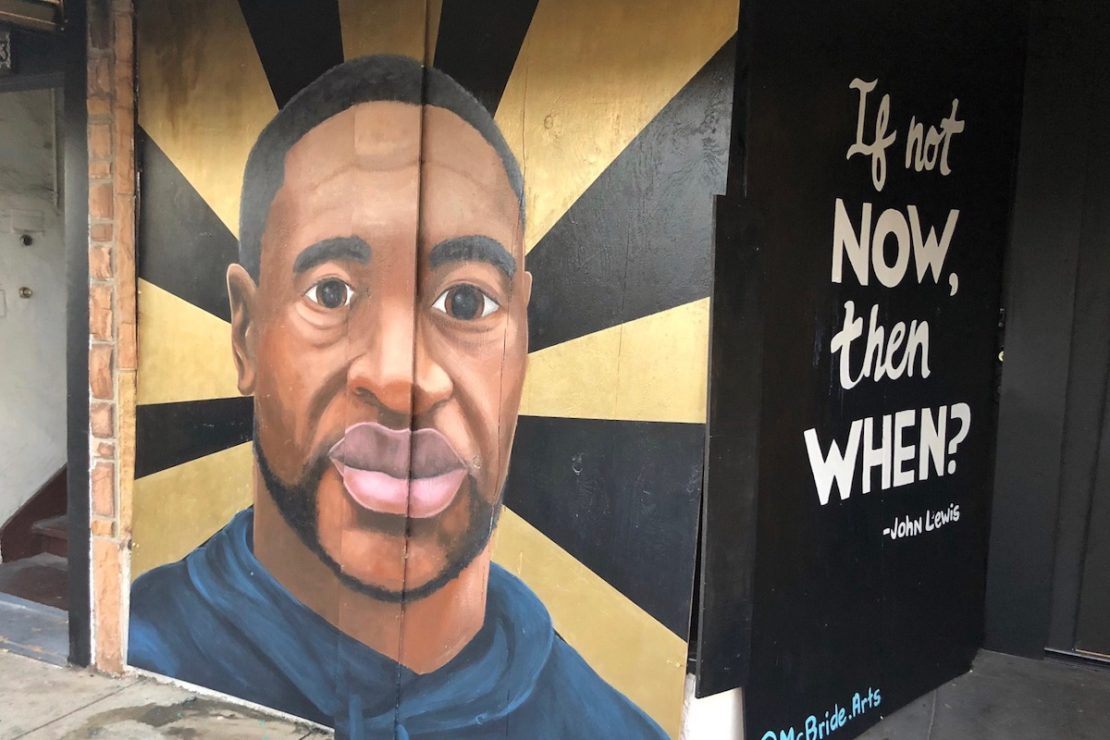 Sidwell said she is concerned the man may revisit the salon again and is contemplating requesting a restraining order should she need it.