Self defense or a slaying? Families of 2 men killed in shooting wait for answers • Long Beach Post News
- ADVERTISEMENT -

Two months after a shooting left two men dead in Central Long Beach, families of the deceased say they’re still waiting for answers about whether their loved-ones were aggressors or victims.

The June 22 shooting originally garnered intense attention when police said the shooter reportedly opened fire as his house was broken into, but few details filtered out after that. Now a more complicated—but still incomplete—picture has emerged from interviews with family members and the shooter’s account in court documents reviewed by the Long Beach Post.

Police say they’re still investigating without giving any definitive answer on whether the shooter is a suspect or a victim who fired in self defense. Meanwhile, family members of the two deceased men say they refuse to believe their loved-ones deserved to be shot.

Shortly after the killings, police said the shooter fired during a struggle with two men who arrived unannounced at his home and forced their way inside where they attacked—but it’s unclear why.

Police at a homicide scene near 10th and Orange. Photo by Sebastian Echeverry.

In a search warrant recently obtained by the Long Beach Post, the shooter gave a more detailed account: He said the assailants were assaulting him, his brother and his friend when he was knocked to the ground and his friend helped get one of the men away from him. He told police he saw one of the alleged attackers with his hand in the front pocket of his hooded sweater threatening that he would open fire if people kept moving. He reportedly saw an imprint of a firearm in the man’s sweater.

The shooter told police he pulled a gun out of his back pocket and the attacker in the sweater began running away. The shooter reportedly fired twice at him. The shooter said he then saw the other attacker struggling with his friend, and so he shot him as well.

Messages left to reach the suspected shooter went unanswered. The Post is choosing not to identify him because he hasn’t been arrested or charged with a crime.

Neither the family of the victims nor the shooter said why Pacheco and Cadena went over to the apartment that night, but police said one of the residents and Pacheco were associates, but did not clarify the association.

Police said the people involved in the shooting “have been cooperating with the investigation, which remains ongoing.” Coroners officials told the Post that they’re still working to complete autopsy reports.

Family members of Pacheco and Cadena said they want a more detailed account of what happened. 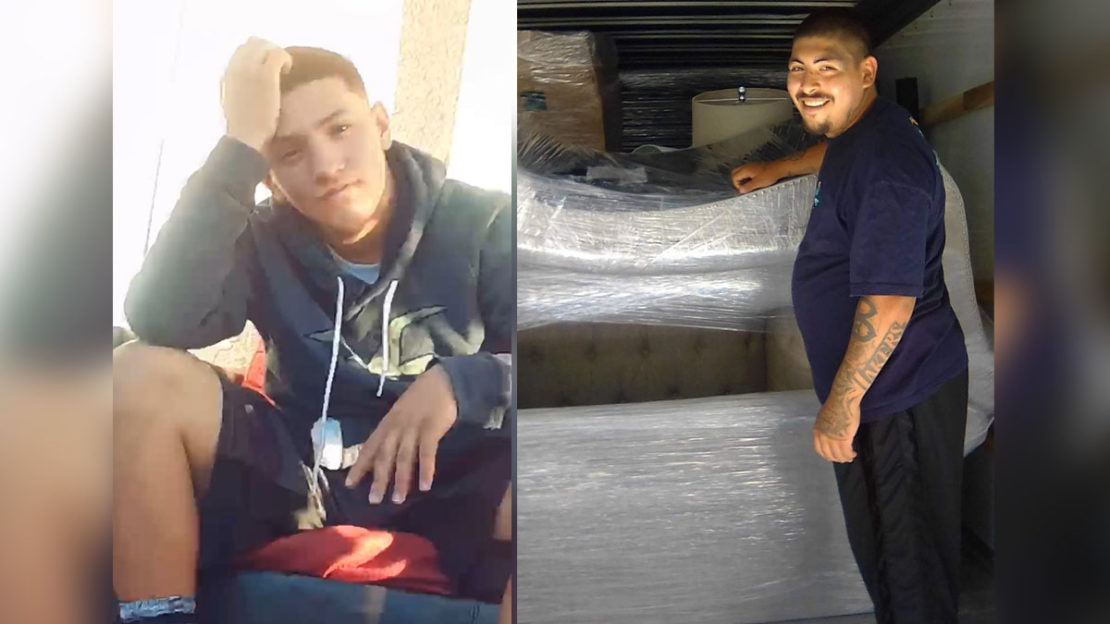 “I don’t believe it was a break-in,” Cadena’s sister Evelyn Cadena said. “I think if you’re going to commit a crime you’re going to be prepared for it. My brother went over there in sandals and socks, my brother didn’t go armed.”

Families of the two men said they both had many challenges growing up. Evelyn said that her brother had gone through the foster care system when he was younger and that he had run-ins with police—records from last year show that both men had been arrested at some point by police on suspicion of attempted robbery and carjacking—but Pacheco’s mother Valerie Garcia said her son was trying to find a better life for himself and a young son.

Cadena was 18 years old. His death has left a void so deep in the family that Evelyn said she still can’t wrap her head around it.

“I didn’t want to believe it. We’re still in shock,” she said. “I didn’t know my brother was going to be taken so early from us.”