Long Beach police pursued a shooting suspect through several neighborhoods before the man abandoned his car and officers were able to take him into custody Monday afternoon, according to authorities.

The chase began around 2 p.m. when officers spotted the suspect driving near Alamitos Avenue and 17th Street, according to LBPD spokesman Brandon Fahey.

The driver was “considered to be armed and dangerous and wanted in connection to a hit shooting in the City of Los Angeles,” Fahey said in an email. 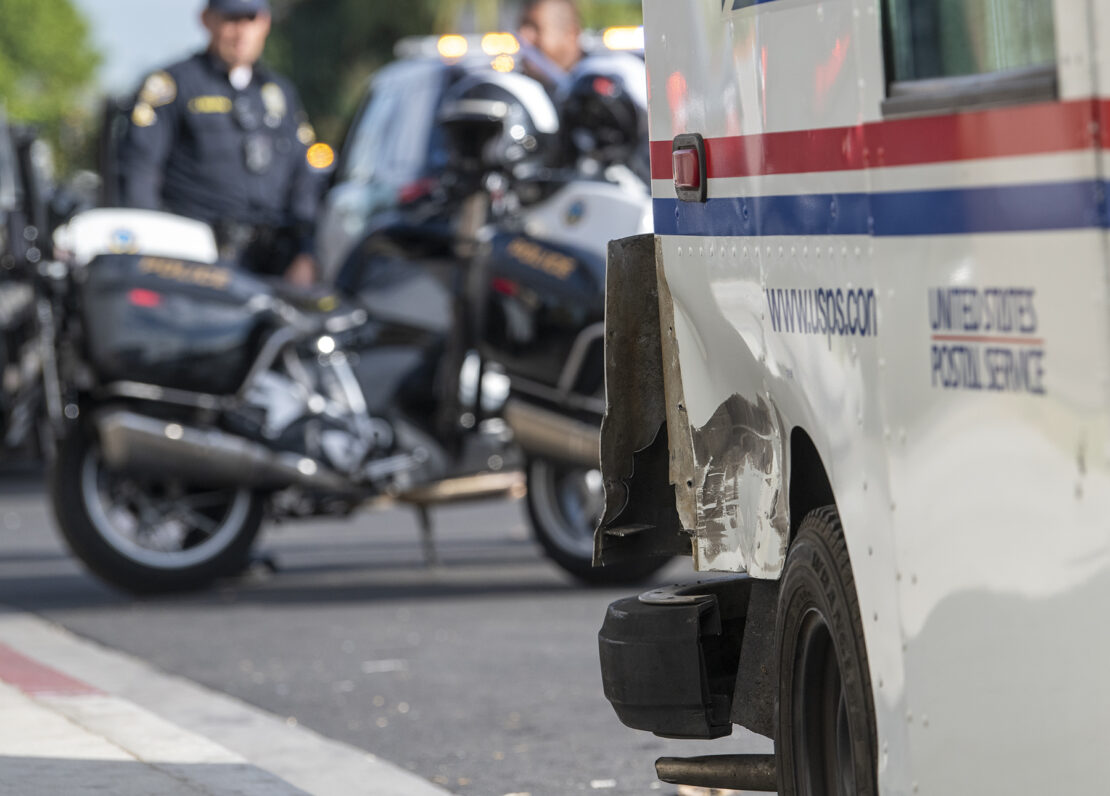 A U.S. Postal Service truck was hit by a Long Beach police vehicle as the police chased a suspect in Long Beach on Friday, Nov. 19, 2021. Photo by Thomas R. Cordova.

When officers tried to pull the man over, he drove off, and police chased him around the Hellman and Lincoln neighborhoods before the man got out of his car near 10th Street and Almond Court, Fahey said.

It appeared the man initially ran into a nearby apartment building, prompting officers to set up a perimeter and detain several people on a curb outside the building. Fahey said the driver was safely taken into custody, and another man was also detained, but his involvement in the incident “is currently being determined.”

As the pursuit was ending, a police officer also collided with a U.S. Postal Service vehicle. Fahey said the crash happened near Norman Court and 10th Street. Nobody was seriously injured.

Police said Monday evening that they were in the process of booking the suspect into jail on suspicion of evading arrest and a felony arrest warrant.