A portion of southbound Ximeno Avenue near Seventh Street could be closed for weeks while Los Angeles County performs major sewage line repairs after discovering a sinkhole near one of its pump stations.

Workers from the Los Angeles County Sanitation Districts responded on May 6 to reports of a small sinkhole next to a fence lining its pumping plant, which runs along an alleyway on Ximeno Avenue all the way to Seventh Street.

Sinkholes may appear over time above sewage systems when sewer pipes corrode due to what’s inside of them, Los Angeles County Sanitation spokesperson Bryan Langpap said. The deterioration of the top of the sewer pipe will cause local groundwater and soil to seep in, creating cracks on the ground that eventually become a sinkhole, Langpap said.

“That’s what happened here,” Langpap said. And typically when one section of the sewer is bad, then nearby areas may also have issues, he added. 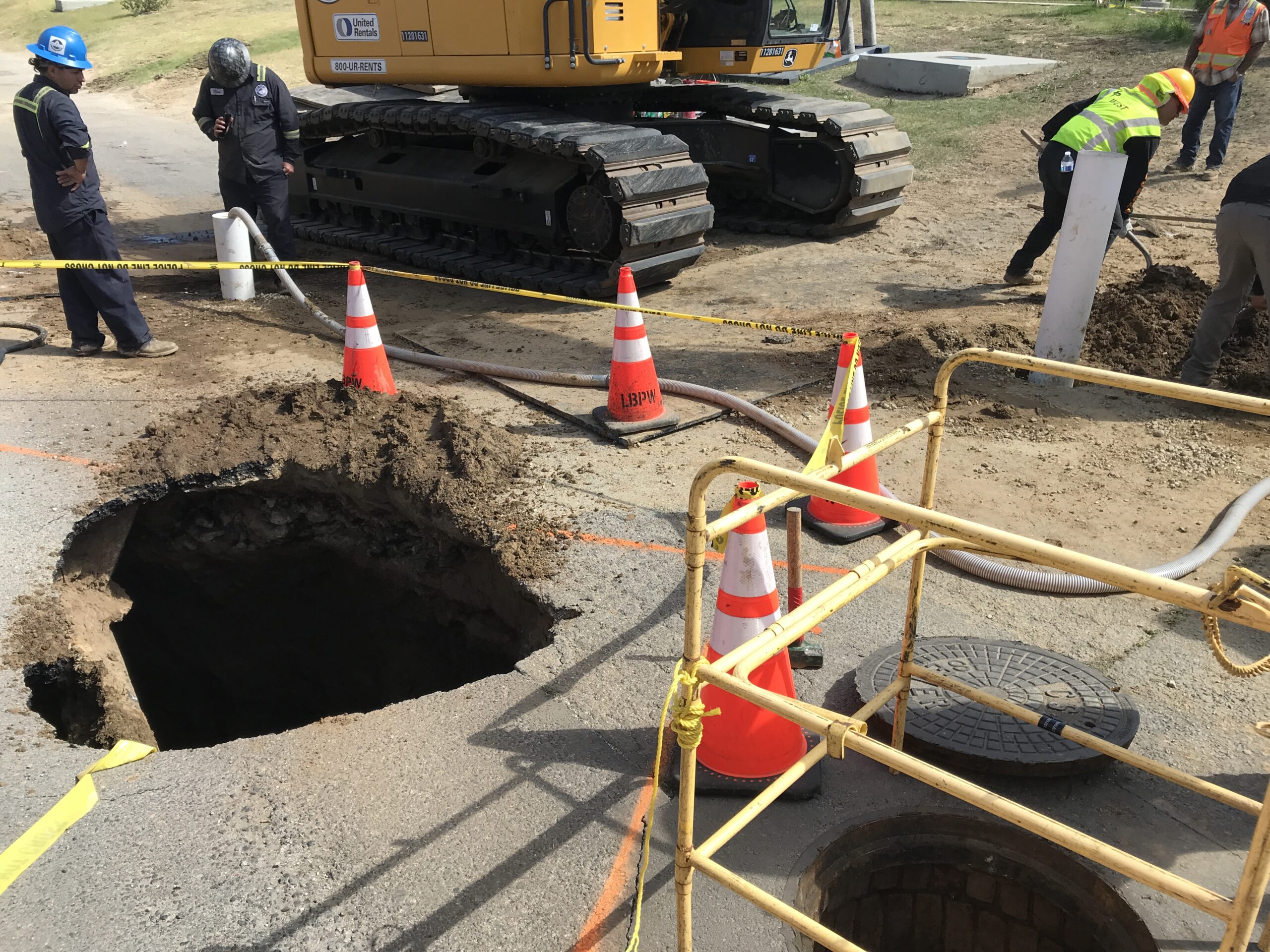 The sinkhole that appeared along the fence lining of a pump station just south of Wilson High School. The sinkhole did not pose a risk to the public, sanitation districts spokesperson Bryan Langpap said. Photo courtesy of the Los Angeles County Sanitation Districts.

Upon further inspection of the area, workers also discovered that about 330 feet of the sewer system, which runs south on Ximeno Avenue between Sixth and Seventh streets, was in poor condition and in need of repair, Langpap said.

“When something looks like its aging or at the end of its life, we put out a project to go and replace it,” Langpap said.

Since then, sanitation crews have been working to stabilize the ground near the sinkhole, using pumps and pipes to drain and repair the affected area. Once that’s complete, they’ll refill the hole and move on to fix the sewer pipe that runs along Ximeno Avenue, which could take a couple of weeks, Langpap said. 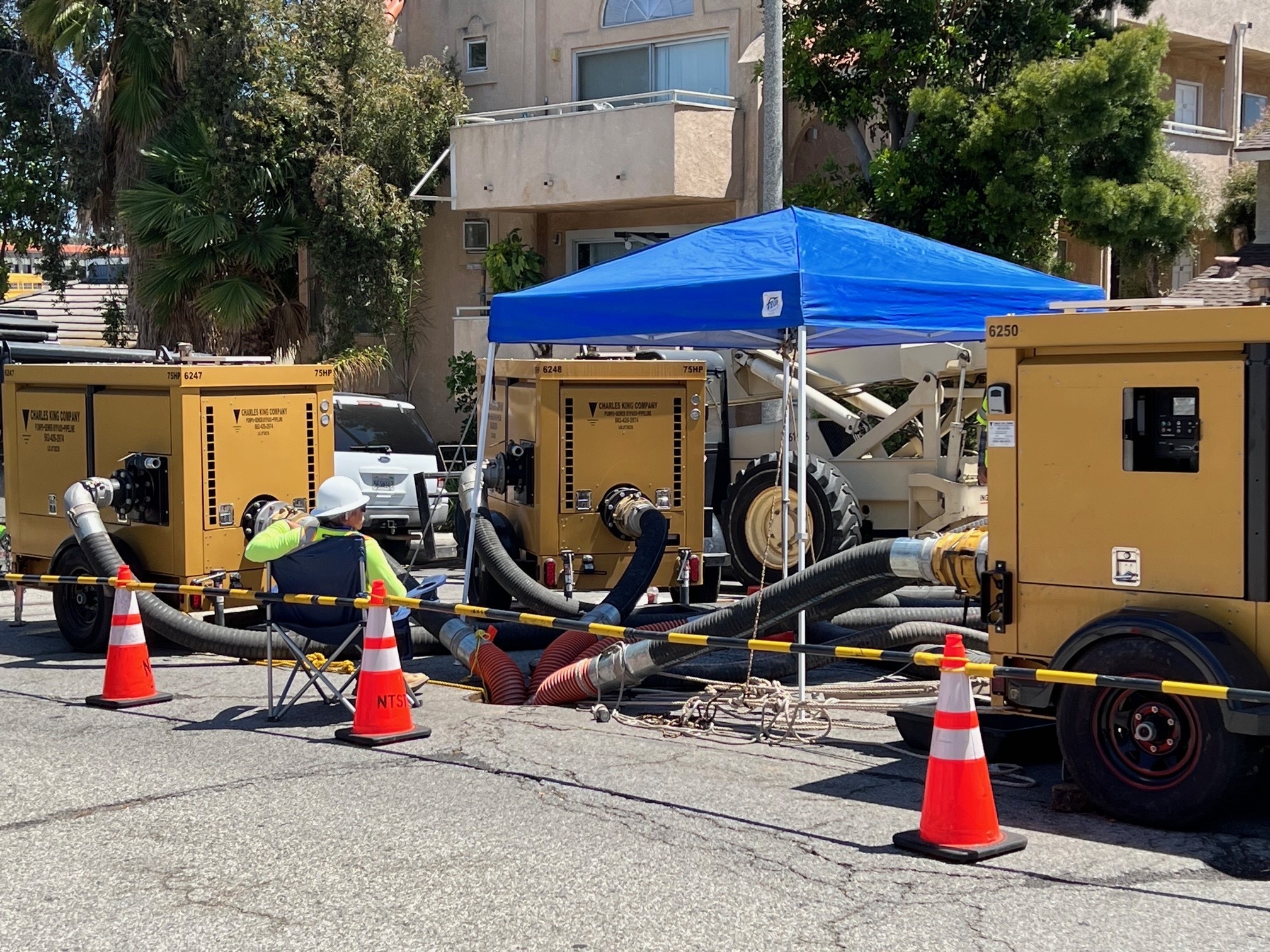 Los Angeles County sanitation workers use pumps to drain a portion of the sewer on Ximeno Avenue so that they may repair a nearby sinkhole. Photo courtesy of Jeff Rabin.

If all goes according to plan, the sinkhole will be fixed in the next couple of days, authorities said. But the timeframe for the Ximeno Avenue project is currently uncertain and will depend on how quickly materials can be delivered to the worksite.

“Hopefully in the next week or two, we will have a plan to see if we can finish this up in a way that will have minimal disruption on the area,” Langpap said.

What caused a record sewage spill in Long Beach, and will it happen again?