Hawthorne-based SpaceX, a space exploration and transport company founded by Elon Musk, will move into a 6.5-acre facility at the Port of Long Beach, the mayor said Monday.

Company officials could not immediately be reached.

SpaceX approached port staff several months ago, and the deal came together rather quickly, Director Mario Cordero said in an interview.

“We’re honored, as our signage says, to be the ‘port of choice’ for SpaceX,” Cordero said. “We look forward to a collaborative relationship with them.”

The company will occupy a facility at Pier T beginning May 1, which will house the company’s West Coast launch vehicle recovery operations.

The Port of Long Beach said in a statement that the company would take over a waterfront facility vacated one year ago by Sea Launch, a commercial satellite launching company that had been at the port for 20 years.

Prior to Sea Launch, the site was used by the U.S. Navy.

Ever since the departure of Sea Launch, numerous companies have been interested in the Pier T facility, Cordero said. The area includes a nearly 61,700-square-foot warehouse and office building, in addition to more than 62,000 square feet of paved land.

SpaceX will use the facility’s existing wharf to dock its vessels and offload equipment, the port said. 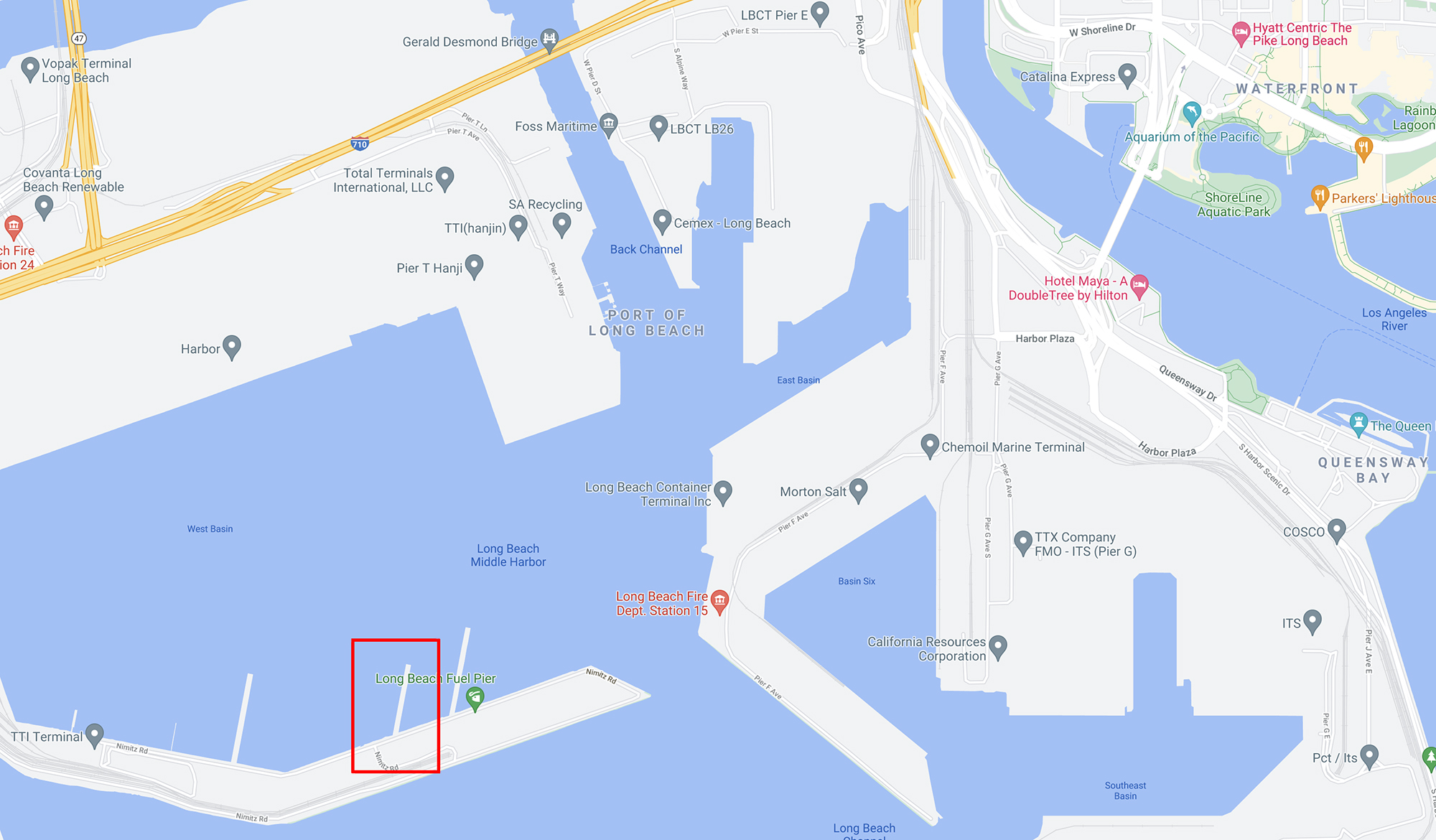 According to an agreement approved by the Long Beach Harbor Commission Monday, the company will pay $107,000 per month for use of the facility, which is market rate, Cordero said. The term of the lease is two years and SpaceX may terminate its lease at any time with a 90-day notice.

SpaceX is responsible for maintenance of the facility and grounds, while the port will maintain the wharf structure of the pier. Any improvements to the site, including new construction, also would be covered by SpaceX. While no development plans have been announced at this time, Cordero said this is a great opportunity for the port.

“It’s fair to say there could be a more expansive SpaceX presence at a later date,” Cordero said. “It’s a great opportunity for the Port of Long Beach to explore a more long-term role of SpaceX here.”

Founded in 2002, SpaceX was recently awarded a $2.9 billion contract by NASA to build a spacecraft to land astronauts on the moon for the first time since the last Apollo mission in 1972.

Long Beach Economic Development Director John Keisler said the move highlights the aerospace industry’s deep roots in the city. SpaceX is the fifth space company to move into Long Beach since 2015 when Virgin Orbit moved into Douglas Park. Since then, SpinLaunch, Rocket Lab and Relativity Space relocated their headquarters to Long Beach.

“This is part of the ongoing transition that we have been leading since the C-17,” Keisler said. “The transition from military aerospace manufacturing to rocket and satellite launch, and space and technology.”

The addition of SpaceX to Long Beach means a big boost to the local economy, Keisler said. He noted the increased attraction for government and venture capital spending and the high-paying jobs the company will bring, which will equate to more people spending money in the city.

The economic boost will be crucial as the city recovers from the impacts of COVID-19, Keisler said. But more importantly, the company’s investment in the city is part of the groundwork being laid for future investment that will have positive long-term economic impacts.