It was the perfect day for baseball in Long Beach on Saturday, with a sunny sky shining down on more than 150 players in their fresh, new jerseys ready to take the field for the start of the new season.

Hundreds took to Stearns Champions Park starting around 8 a.m. for Long Beach Little League’s Opening Day festivities, with West Coast classics from Tupac to The Game spinning in the background to hype up the crowd. The smell of hamburgers and hot dogs wafted through the air while parents and children bustled around, hoping to get in a line before it got too long.

“It’s something to be proud of,” said League President Steve Klaus, who pointed at the brand new renovations, including a new scoreboard, as one of the many upgrades to be excited about this season. “This is one of the largest and most represented leagues in the country.” 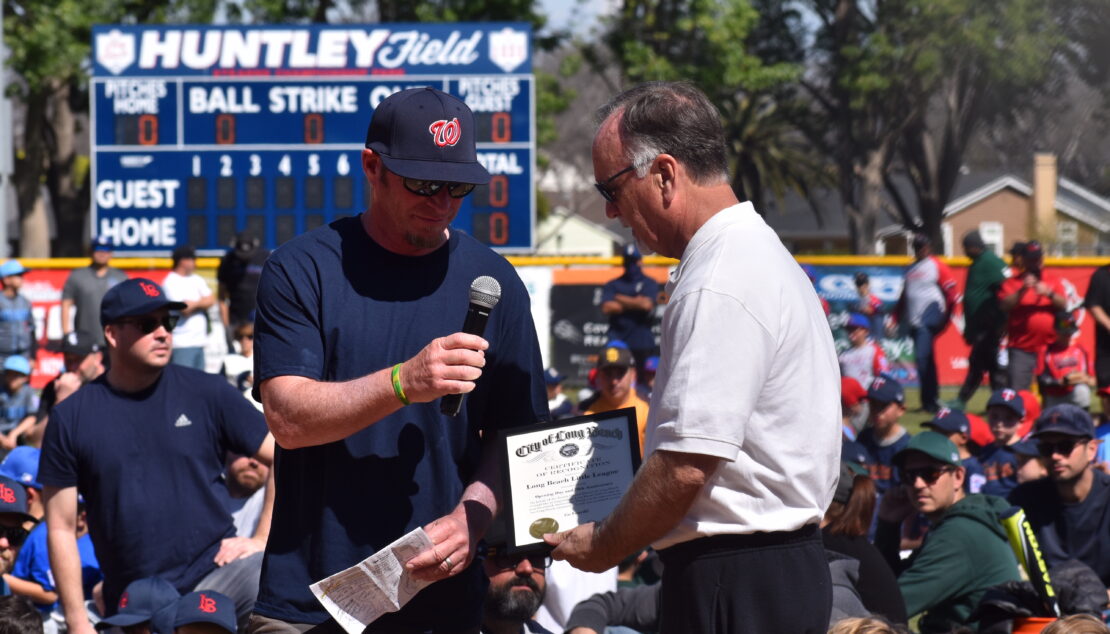 The event started with the third annual Hit-A-Thon, which pitted each player against each other to see who could hit the farthest home run and who could run around the bases the fastest.

Shortly after, each team in this year’s league was presented to a cheering crowd of families and fans.

Councilman Daryl Supernaw, who once played in the league, attended the event to commemorate its 70th anniversary with a plaque.

“I think little league is wonderful,” added Supernaw, who quoted Yankees legend Yogi Berra. “It keeps the parents off the streets.” 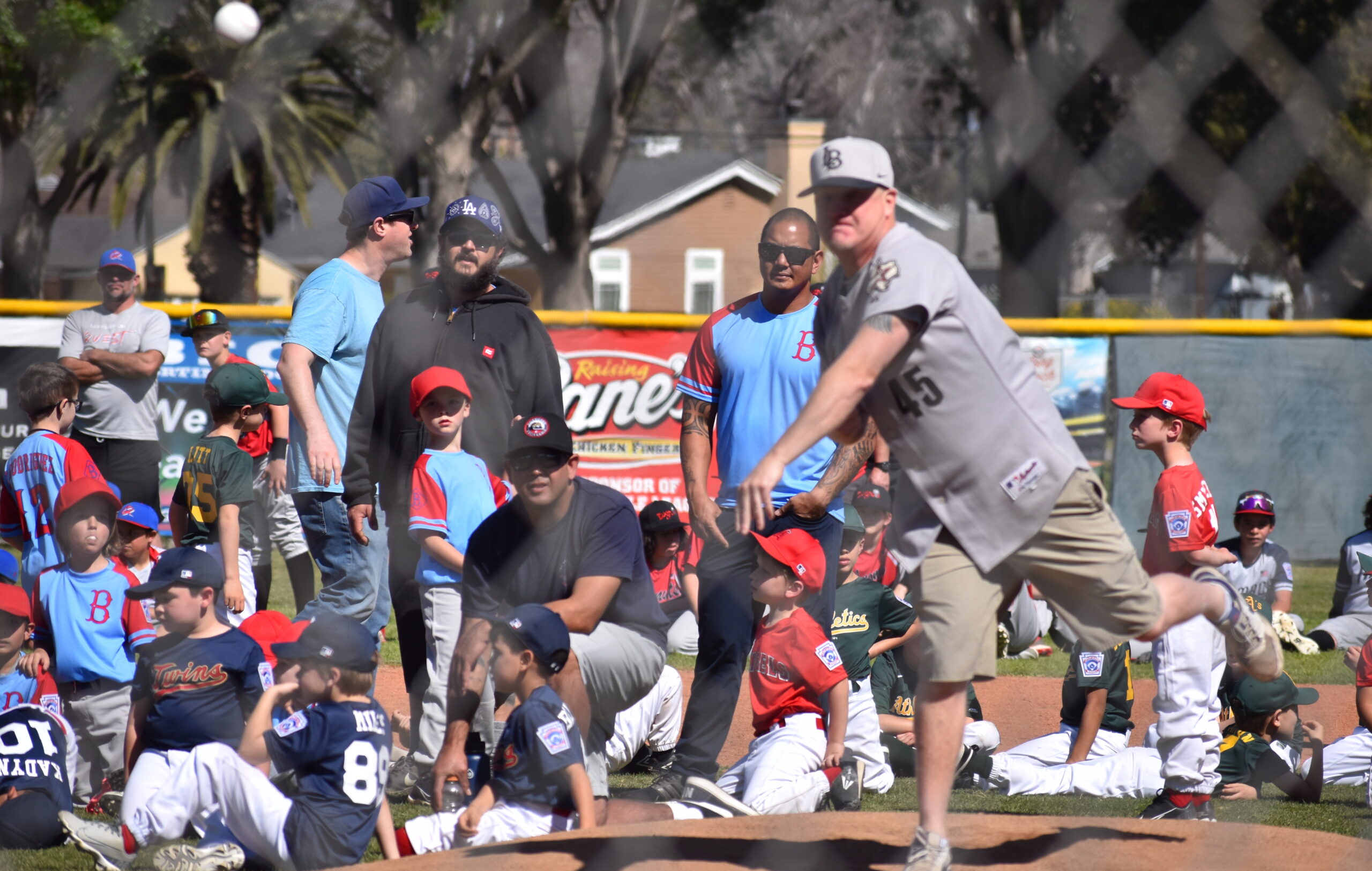 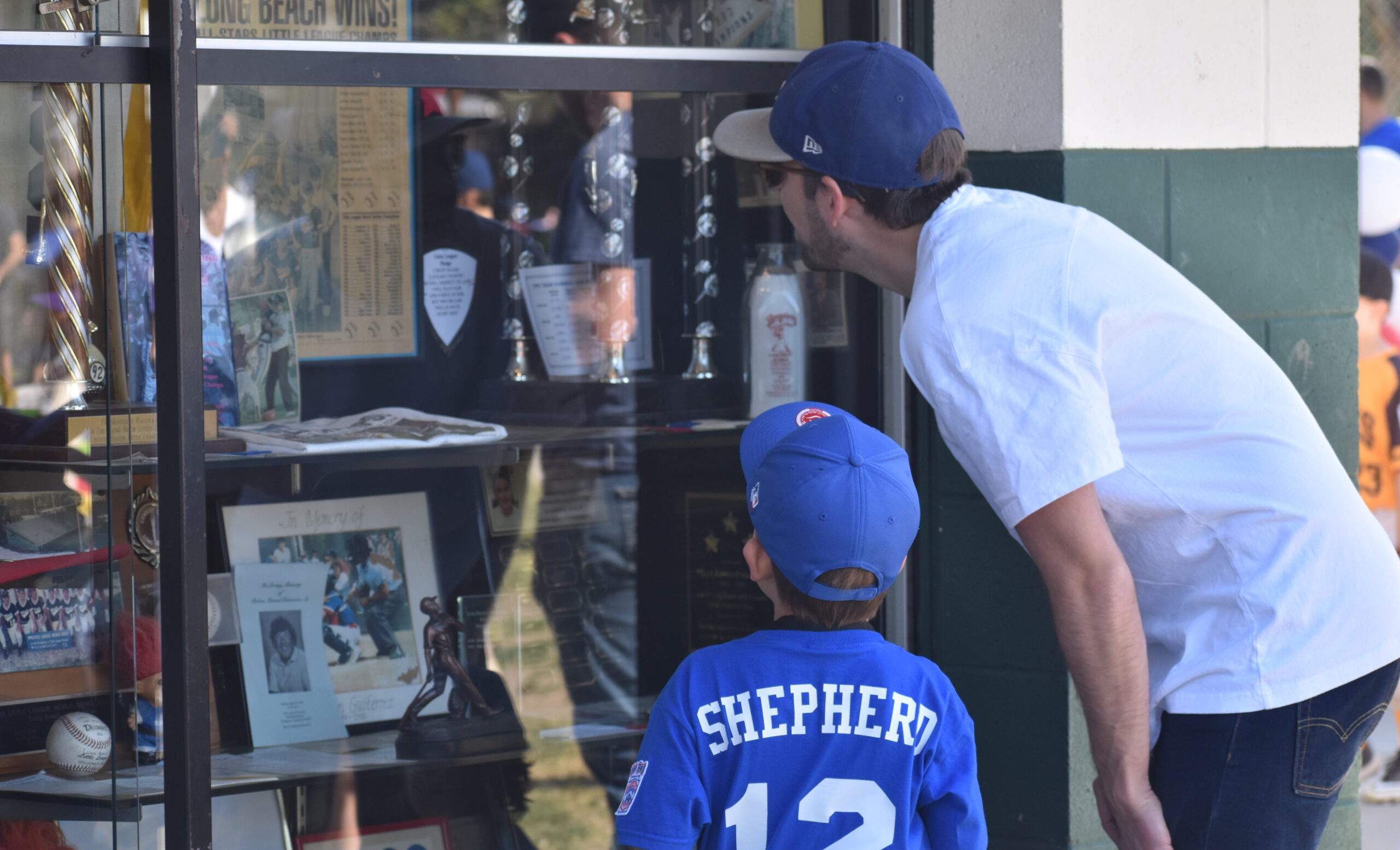 A family looks at Long Beach Little League memorabilia, Saturday, Feb. 26, that highlights champions and all-stars who made a name for themselves in the league. Photo by Fernando Haro. 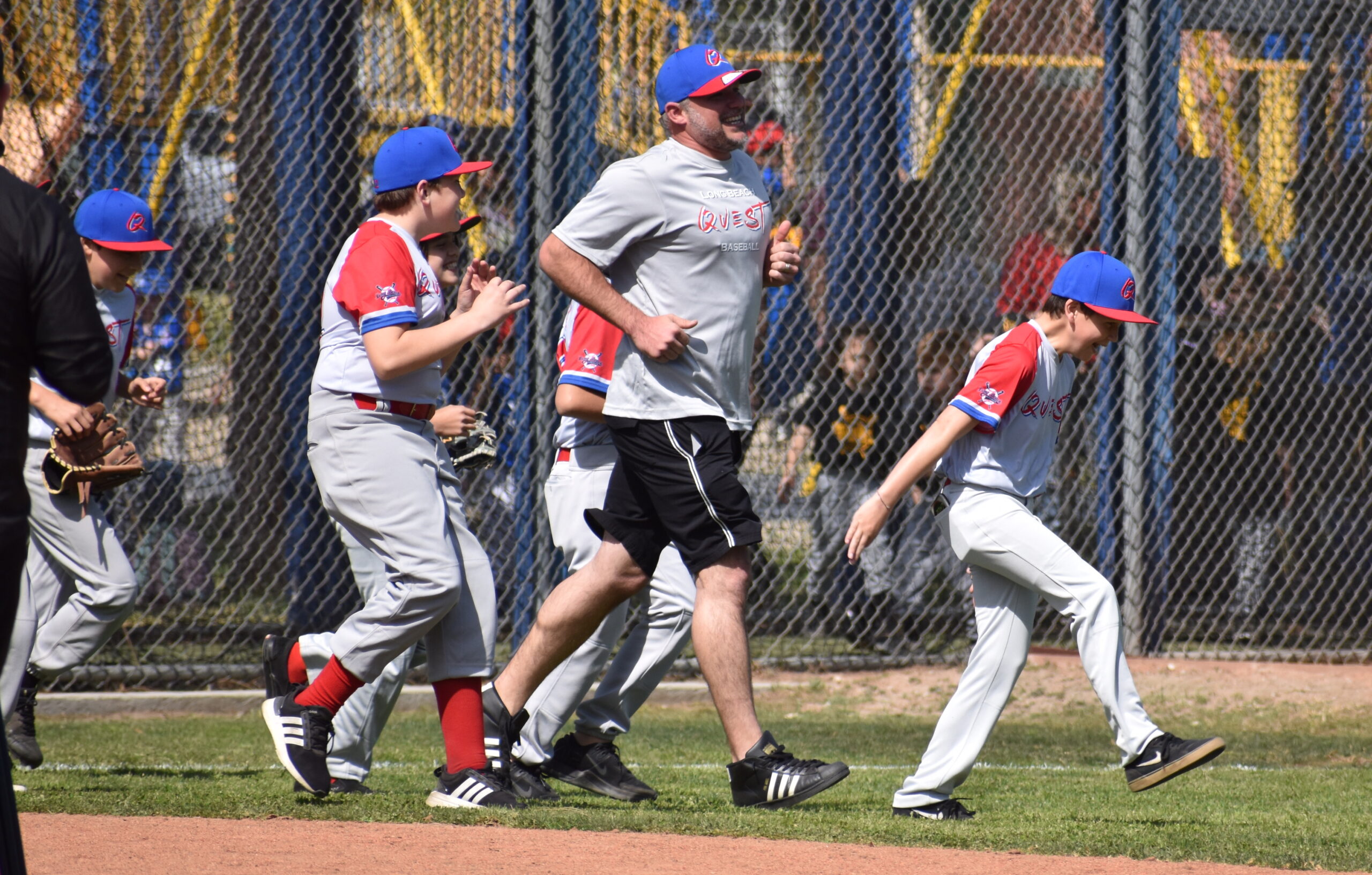 The Long Beach Quest, one of over a dozen teams in the league, make their way onto Huntley Field during the Opening Day ceremony Saturday, Feb. 26. Photo by Fernando Haro.