State and city officials were joined by a group of about a dozen activists and spectators Friday morning to advocate for the reproductive rights of all people and denounce the United States Supreme Court’s leaked draft opinion overturning Roe v. Wade.

Since the draft was leaked Monday, the community has shown up to express their disapproval of the potential ruling with gatherings and protests across the city.

“We know that the leaked draft has invoked feelings of dread and despair for so many across our state,” said State Sen. Lena Gonzalez (D-Long Beach). “Since Roe v. Wade was decided 50 years ago, we knew this day would come.” 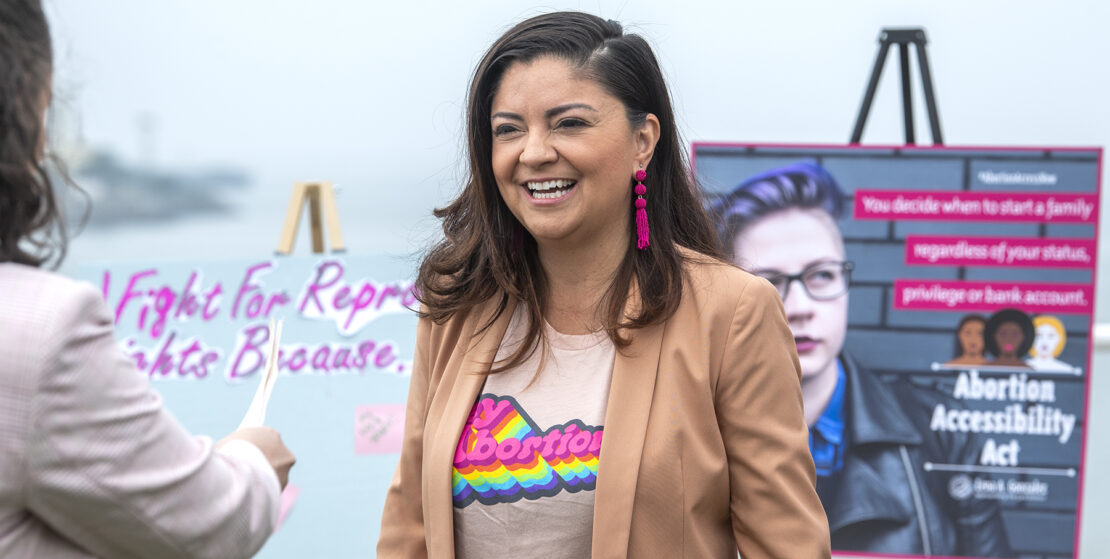 State Sen. Lena Gonzalez talks to abortion-rights leaders before a press conference on the potential overturning of Roe v. Wade in Long Beach Friday, May 6, 2022. Photo by Thomas R. Cordova.

“Each person deserves the right to decide, if, when, and how they grow their family regardless of income and without stigma or shame,” Gonzalez wrote in a press release.

At the press conference, representatives for various community organizations including California Latinas for Reproductive Justice, Black Women for Wellness and the LGBTQ Center Long Beach expressed their support for the state and city’s efforts.

While the leaked opinion is not yet finalized and does not overturn the right to abortion care yet, the organizations emphasized that it shows the disregard for the reproductive rights of all people, especially BIPOC and low-income individuals.

“These violent laws that attack the reproductive rights of queer and trans families, immigrants, young people and people with disabilities are all connected and they are assaults against our autonomy,” said Laura Jiménez, Executive Director for California Latinas for Reproductive Justice.

Overturning Roe v. Wade: the impact on our nation and in California