Assemblyman Patrick O’Donnell was among about a dozen state lawmakers who sparked backlash last November when they jetted to a conference at a luxury Hawaiian resort as the COVID-19 pandemic surged, state records show.

The four-day legislative conference at Fairmont Kea Lani is an annual event organized by the San Diego-based Independent Voter Project that gives lawmakers and lobbyists the chance to mingle in Maui.

The trip drew criticism last year as it took place days after Gov. Gavin Newsom issued a stay-at-home order as COVID cases surged in mid-November. While some lawmakers defended the trip, others who were suspected to be at the event, including O’Donnell, a Long Beach Democrat, did not return multiple calls for comment.

Financial disclosure forms filed this month show O’Donnell indeed traveled to Maui from Nov. 14 to Nov. 22, with the Independent Voter Project footing $3,492 of his conference expenses. 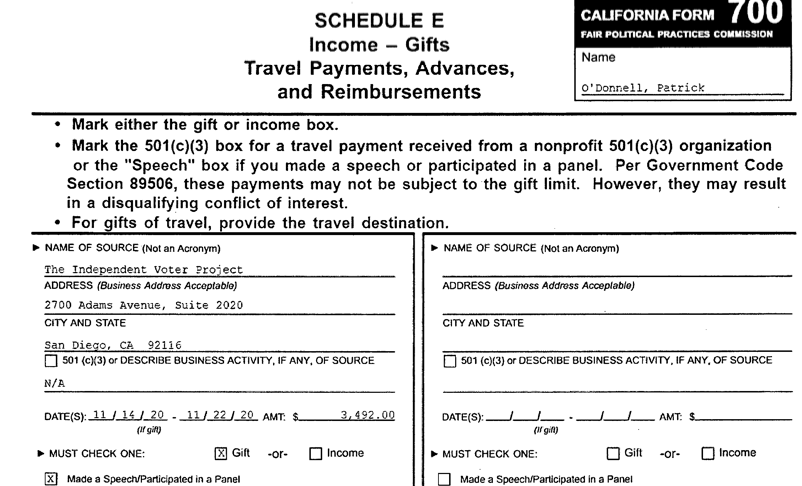 His officeholder account shows that he paid $876 for airfare on American Airlines for the event, and another $4,090 for his stay at The Fairmont Kea Lani.

O’Donnell is a former two-term Long Beach city councilman who represents California’s 70th Assembly District, which includes the Los Angeles Harbor area and parts of Long Beach. He could not be reached for comment Friday.

Multiple City Hall insiders have said O’Donnell could be mulling a run for mayor if current Mayor Robert Garcia, a rising star in the Democratic Party, leaves office before the end of his current term in 2022.

O’Donnell, who was reelected in November to another two-year term, has not outright distanced himself from a potential run, but has said his focus is on his current job.

He was named in a Politico article this week as one of several lawmakers who did not respond to repeated calls and requests for comment about the fall trip.