At an apartment complex in the lower Westside of Long Beach, the outdoor courtyard was bustling Sunday afternoon. The smells of fragrant asada and al pastor sizzling on a small flattop grill permeated the air as those in attendance bought burritos, tacos, tamales, bowls of mole and flautas in bulk.

Guests stood in line to buy food but also to pay their respects and support Ricardo Guerrero’s family, who organized this event to help raise funds for the 31-year-old father of three who was killed last month. 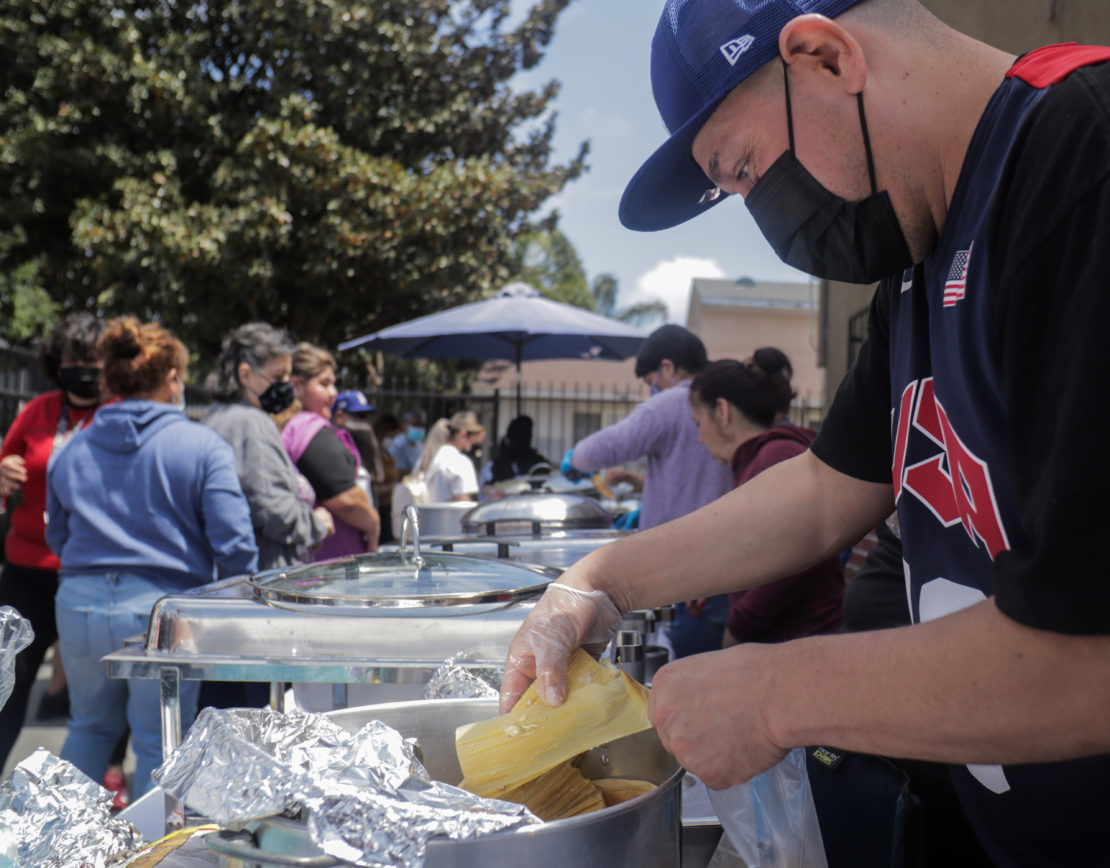 Ricardo was stabbed to death near a homeless encampment in the area of the 91 Freeway and Cherry Avenue on Thursday, April 15. According to Cesar, Ricardo had been living there at the time, and was struggling with drug abuse.

Detectives believe Ricardo was attacked during an argument that escalated into a stabbing. Medics transported Ricardo to a local hospital, but he soon died from his injuries. Police are still searching for the killer.

For his family, the loss of Ricardo was described as especially challenging and heartbreaking as he is the second of six siblings to have died.

The family is working to raise $25,000 for the funeral costs—$18,000 of that on the plot alone—so that they can bury Ricardo at the Holy Cross cemetery in Culver City, where his father and brother are also buried.

The family created a GoFundMe account shortly after the news of Ricardo’s death. To date, $8,870 has been donated to the account. The family hopes that the food pop-up and donations will help cover the rest of the costs.

By 1 p.m., Gardenia said she counted more than 50 people who came to pick up food and donate and anticipated more would arrive throughout the day.

Any extra donations received, Gardenia said, would go toward supporting Ricardo’s three children who are 13, 8 and 2 years old. 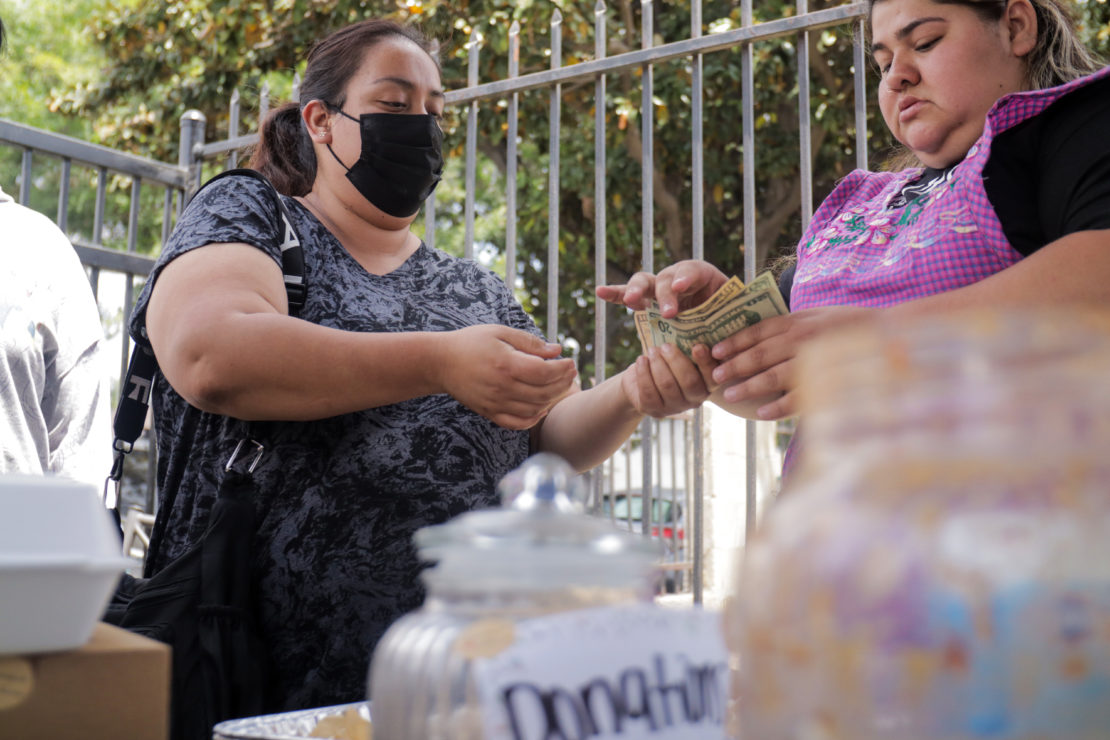 An attendee of the fundraiser hands Bianca Guerrero, Ricardo’s sister-in-law, money that will be used to cover funeral costs Sunday, May 2, 2021. Photo by Cheantay Jensen.

“We’re just trying to make sure that the kids he left behind are going to be in good hands,” she said.

Ricardo was a boisterous and hard-working man according to the people who knew him.

Ricardo was a big Dodgers and Lakers fan, and grew up playing in a local baseball league with his brothers. He and his family were born and raised on the Eastside of Long Beach, near the Long Beach City College Pacific Coast Campus.

Prior to Ricardo’s battle with drug addiction, Cesar said Ricardo had just gotten his own apartment and was working two jobs, one at a local gas station with his brother and the second at a Little Caesars where he had just been promoted to shift lead.

“He was a really nice, loving person and a hard worker,” Gardenia added.