We’re at the point of the year where we have to jump up and down on 50-some weeks of news to get it to all fit in the trash bin.

Elsewhere in the Post these days you’ll find wrap-ups and round-ups of the year’s events in Long Beach, but a few things have happened, as they do each year, that have escaped categorization. They’re not among the biggest stories of 2022, or the most-read or the subjects of best photos or videos. They’re just weird.

Here’s a few of our favorites:

The mystery of the dead T-shirt-wearing snake

Stumbling upon a dead snake isn’t a big deal in a lot of parts of the country. In Florida, for instance, you can’t swing a cat without hitting a dead snake.

In Long Beach, coming across a dead snake is a considerably rarer experience, and you can walk around this city for years without finding one wearing a black T-shirt or, really, any sort of apparel. You stumble across a dead snake in this town, and the chances are good that it’s naked as the day it slithered out of it.

But in mid-September Alex Carmon and his fiancé were taking a leisurely stroll near Pier Point Park on Golden Shore when they came upon a large dead snake that appeared to be wearing a black T-shirt. Carmon told Post reporter Fernando Haro, “I don’t know a single thing that occurred. We just walked by it and saw it.” 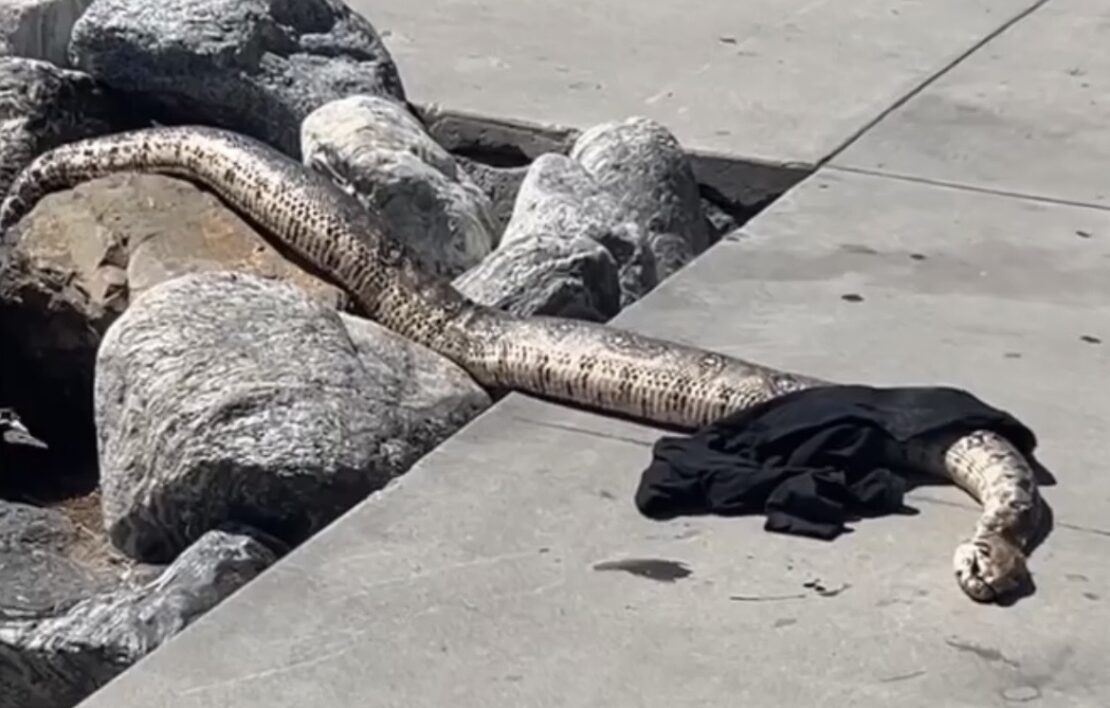 The dead snake in a black T-shirt made its way to Long Beach in September. Photo courtesy of Alex Carmon.

Marine Safety Chief Gonzolo Medina told Haro that it’s not unusual for strange objects ending up in the city’s ocean since it’s connected to the LA River, which dumps out 48 miles worth other cities’ debris, trash, and sometimes, wildlife into the water.

At any rate, less than an hour after it was spotted, the snake had disappeared. Perhaps it had been playing possum or maybe it was picked up by someone who wanted to play a horrible practical joke on a herpetophobic and soon-to-be-ex-friend. Like we said, it’s a mystery, and the T-shirt just takes it to another whole level.

No Long Beacher alive can recall a worse June 13 storm than the one that dumped a record amount of rain on the city on that day in 2022.

On a day that historically has been sunny—sometimes sweltering, sometimes merely mild—a freak storm sent people scrambling for safety as the relentless downpour brought a record .01 inches of rain on the unsuspecting city. 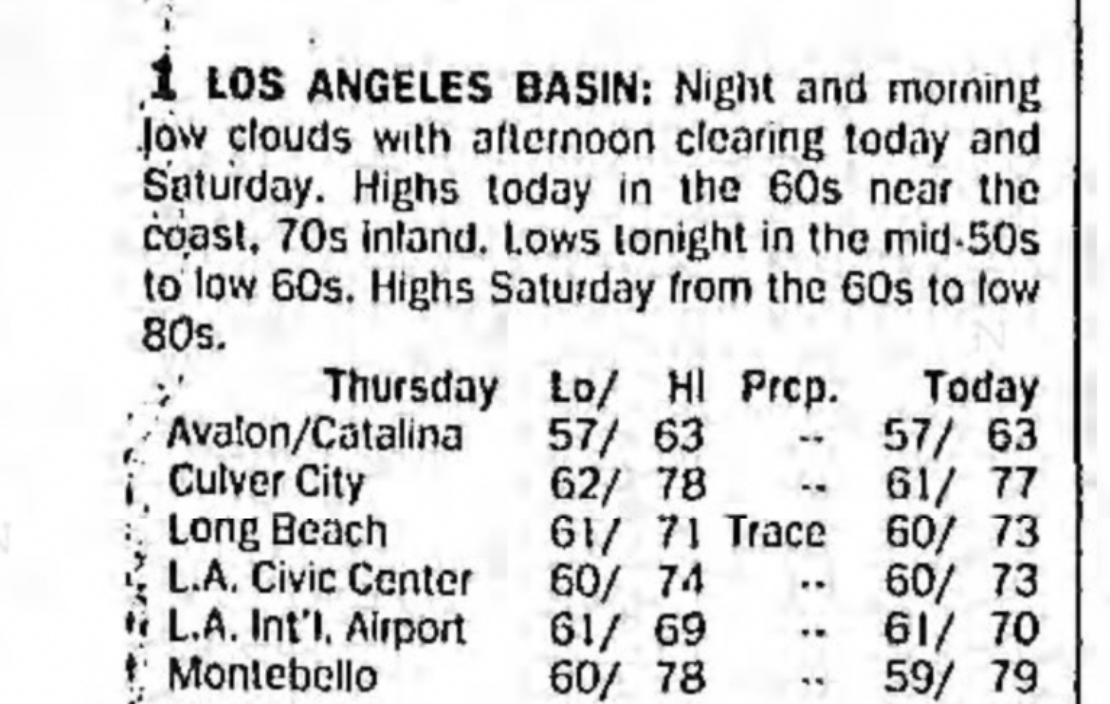 The weather report on the old June 13 precipitation record of “trace” in Long Beach, set in 1991.

Miraculously, no damage or injury was caused by the storm, which shattered the previous record for June 13 rain, set in 1991, when a mere “trace” of precipitation was measured.

Despite the historic significance of the storm event, several readers mocked us for making a big deal out of nothing. One hundredth of an inch isn’t nothing.The memories of that day still gives us nightmares.

Great; now everybody knows there’s a tunnel under Ocean Boulevard

It was a big year for our little Jergins tunnel. The tunnel running from beneath the now-razed Jergins Trust Building on the south side of Ocean to the north side, making it safe for pedestrians to traverse the crowded and speedy boulevard opened in 1928 and closed in 1967.

While it was popular and well known when it was open, it has become a bit of nostalgia if recalled at all over the last 55 years. 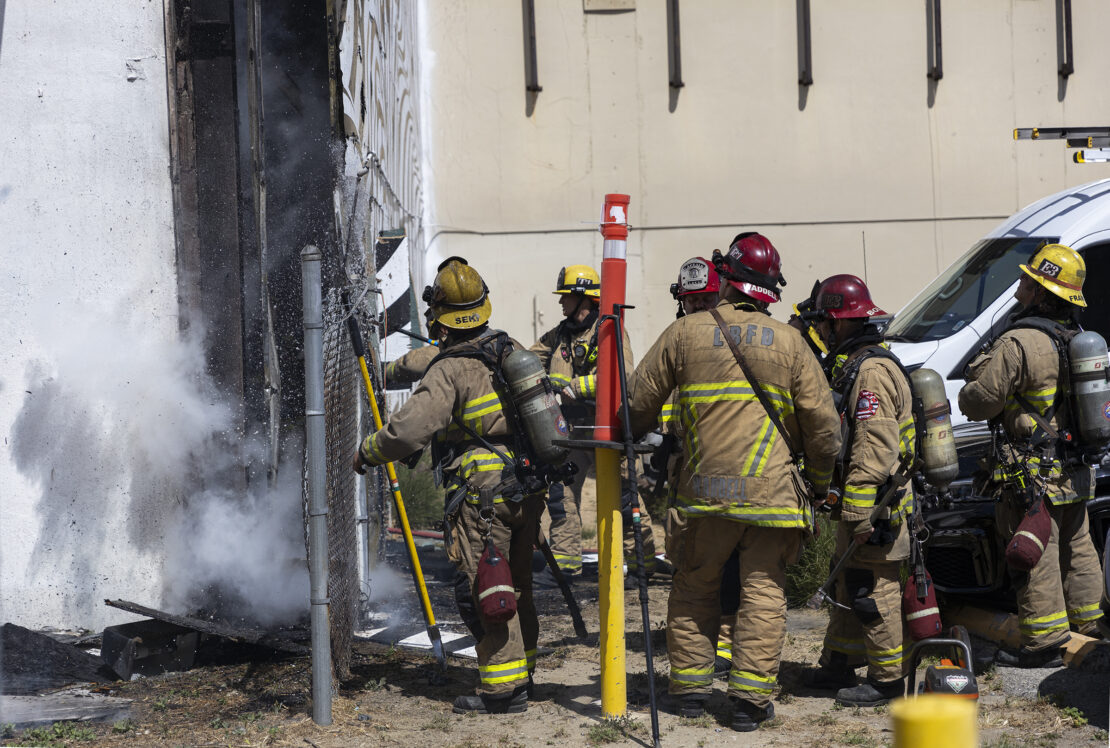 Then, on Dec. 7, the crazily popular dream-pop vocalist Lana Del Rey dropped the single “Did you know that there’s a tunnel under Ocean Blvd.,” from her upcoming album of the same name.

The tunnel also made other racket in the news in 2022 besides in the music biz. In a couple of warm-acts, if you will, it caught fire a couple of times. Once on March 3 and again on May 9. Now, between the fires and the song, hardly anybody doesn’t know about our little secret tunnel.

For eight years the fine citizens of Long Beach have been saddled with a mayor with an inordinate affinity for comic books—and not the good kind with Archie and Jughead or Scrooge McDuck. No, Mayor Robert Garcia is a mammoth Superman and Batman kind of guy, your meat and potatoes of superheros. He ran (and won) for a seat in the House of Representatives seemingly for no reason other than to gain access to the Library of Congress’s impressive comic book collection.

For his legacy, he’s left us a massive, 11-foot-tall  penny, ostensibly in commemoration of the renovation of Lincoln Park. Garcia predicted that the $168,000 coin (pennies aren’t cheap these days) would make the spot the selfie capital of the United States. 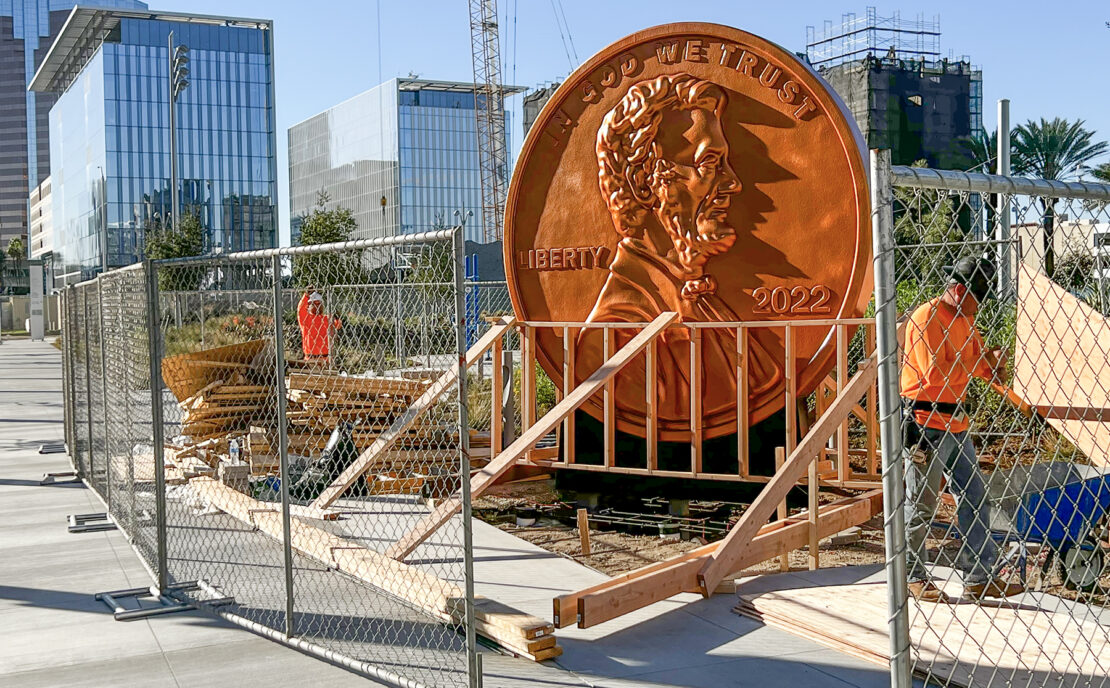 A giant 11-foot penny is mounted in Lincoln Park next to city hall In Long Beach Monday, Feb. 7, 2022. Photo by Thomas R. Cordova.

Now, he’s off to Washington leaving us with the giant penny, which played a big part of his hero’s Batcave decor. It’s  like a goldfish we need to take care of for a few years till he gets back.

To make matters worse, not two months after Lincoln Park’s reopening, the city’s Equity and Human Relations Commission began considering taking Lincoln’s name off the park because of his treatment of native Americans.

If that happens, we’re either going to be left with a non sequitur one-cent piece or a recreational space named  Penny Park.