An effort is underway to repair and renovate the only skatepark in West Long Beach, and it just received support from one of the biggest names in skateboarding history.

Silverado Skatepark was a vision created back in 2010 by the Action Sports Kids (ASK) Foundation, a local organization founded by former Long Beach Councilman Mike Donelon. The 5,000-square-foot park was built on an old tennis court and was designed and built using recycled elements from existing skateparks in the city.

But over time, those elements have been worn down to the point where they are almost unusable, Donelon said in an interview with The Post. 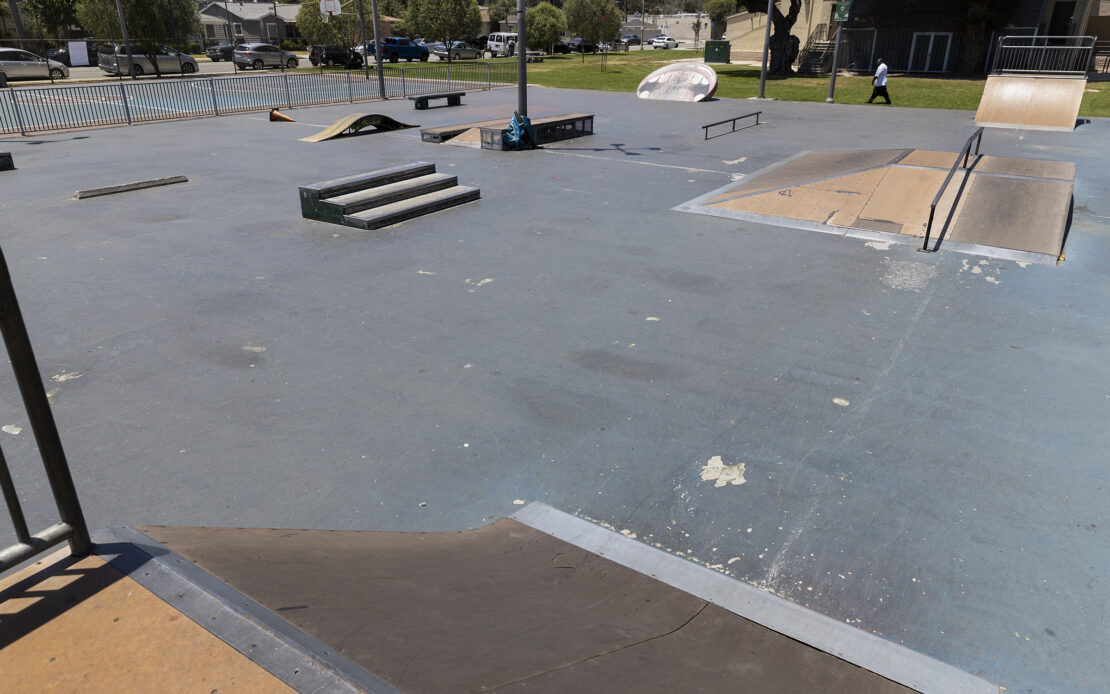 Since the late ’90s, Donelon has been a strong advocate for uplifting the voice of the young people who use the spaces the most, taking their input and opinion on what the parks should look like. When the vision planning process began for Silverado Skatepark last year, ASK gathered over 150 comments from kids through social media and design meetings at the park to come up with a final design.

Earlier this month, legendary skateboarder Tony Hawk’s nonprofit, The Skatepark Project, donated $15,000 in grant funding toward the revitalization. Hawk and his nonprofit have been supporters of Donelon and the ASK Foundation for more than 18 years and have helped build other skateparks in the city. In 2012, The Skateboard Project raised $52,000 toward creating the Ernest McBride Skatepark in central Long Beach.

“It’s wonderful to see the passion and drive from this community that is eager to create a safe and inclusive space that will benefit skaters, youth and community members for generations to come,” said Benjamin Bashein, executive director of The Skatepark Project. 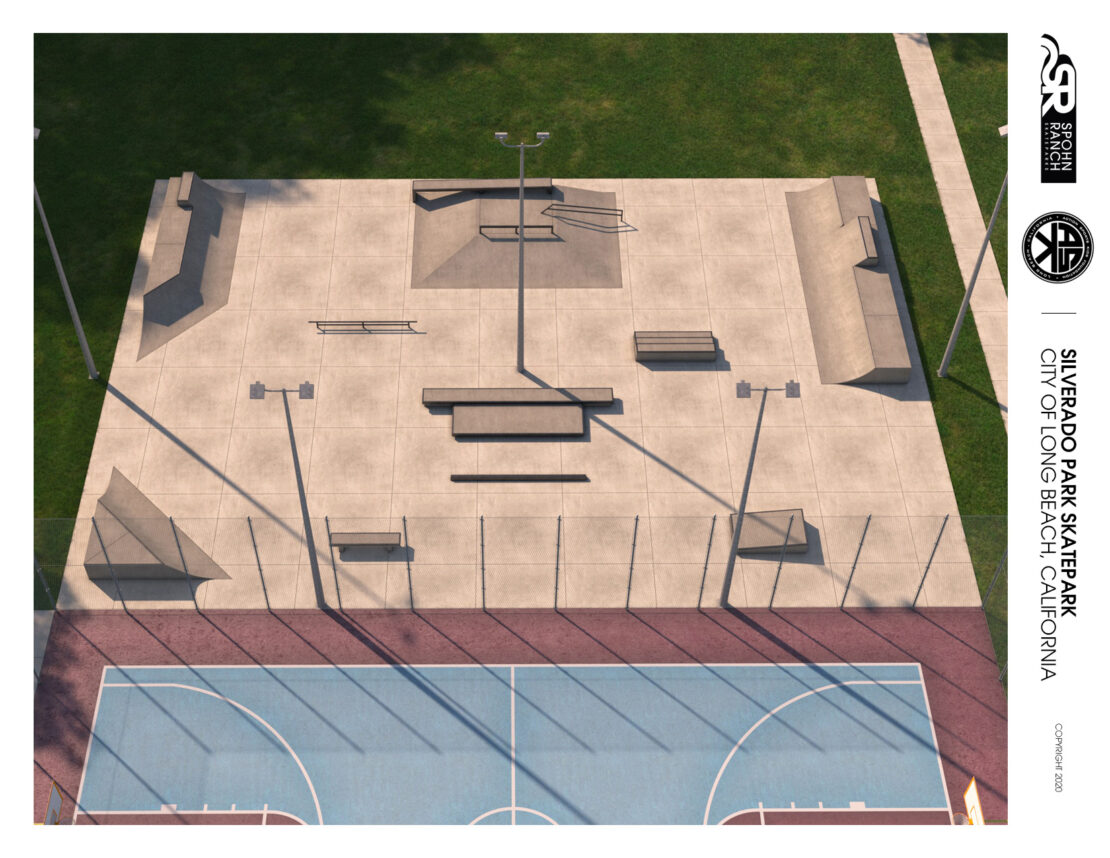 A rendering of the envisioned Silverado Skatepark designed by Spohn Ranch Skateparks with the input of over 150 Long Beach youth. Courtesy of Mike Donelon and the ASK Foundation.

The new design is complete with sturdy concrete elements—including ramps, rails, gaps and ledges—that will hold up for much longer than the ones that were relocated to Silverado from the Michael K. Green and Bixby skateparks after each park was renovated in 2010 and 2014, respectively.

The revitalization would replace broken ramps, chipped wood and worn-down equipment that has made it difficult and unsafe for skaters to use the park to its full potential.

“Silverado is a good skatepark but the obstacles themselves aren’t all intact. When you’re trying to do a skate trick there’s things you can get caught on and that can really mess up your whole day,” said Jeremiah Troncosa, 16, who has used the park frequently in the past. 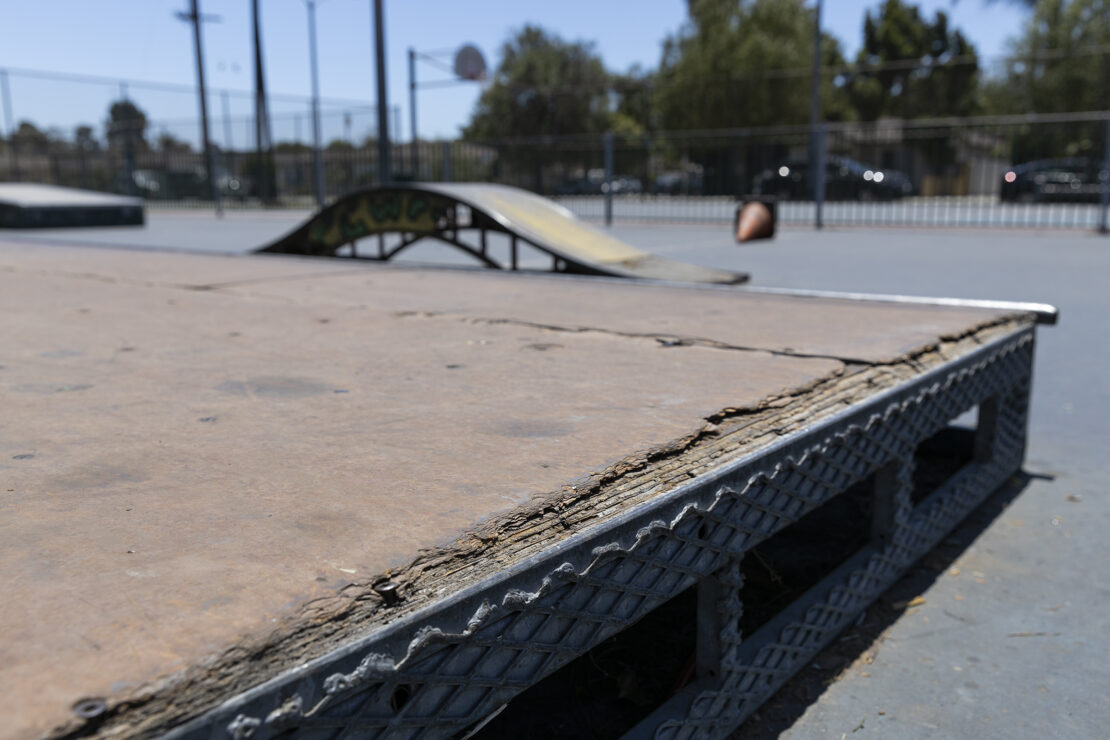 The entire project will cost $137,600, according to an estimate that ASK received for its final design of the park. The city’s Parks, Recreation and Marine Department approved the park vision plan last year but did not have money to contribute to the project, making the ASK Foundation responsible for finding funding and grant opportunities.

In addition to The Skatepark Project’s grant, ASK also received an additional $5,000 from the Port of Long Beach last week, leaving ASK with an estimated $117,600 gap in funding. Donelon says he hopes to raise the funds and have the new skatepark built and open by the end of the year.

Silverado Skatepark was the result of a vision originally created by Donelon when he was a council member over 25 years ago.

“I know for a fact that skateboarding makes a difference in the lives of some of our city’s most at-risk youth,” he said. “We’re creating mentors and role models in some of the most dangerous neighborhoods for kids to grow up in.”