Two city-owned trees tumbled on the same street in West Long Beach this week, with the latter tree damaging at least one car, residents said.

At 34th Street and Fashion Avenue, the first tree, a Siberian Elm, fell on Monday, blocking one way of the street, according to authorities. A large branch from a second tree, a Chinese Elm, fell early Thursday morning on top of a resident’s car.

Javier Acevedo said in a social media message to the Post that the tree “suddenly gave out.” He said the “city is taking care of it to get my vehicle fixed,” which only damaged it with minor scratches. 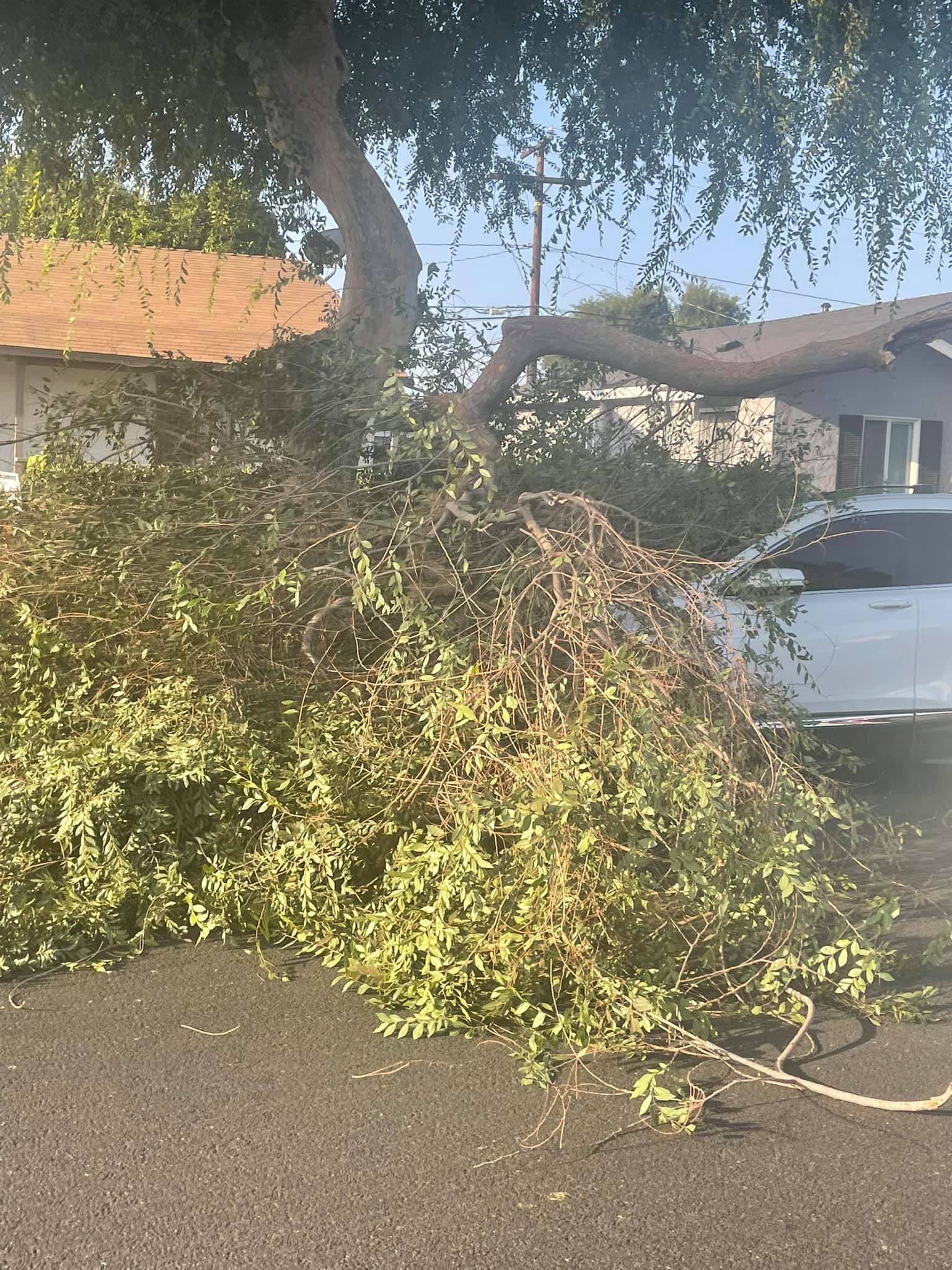 A large tree branch fell on top of a car on Thursday, Aug. 12, 2021. Photo courtesy of Monica Quinata.

Both trees were near each other on 34th Street. At this time, authorities have not reported any injuries.

Public Works Department spokeswoman Joy Contreras said that crews responded immediately and that “both trees have been removed and the issues have been resolved.”

She said trees may fall due to lack of or too much water, disease or trauma such as a vehicle crashing into it.

The city public works department cares for about 94,000 public trees, and trims roughly 20,000 trees each year, according to its website. Generally, it will only “remove or allow removal of a street tree if it is dead, dying, diseased, uprooted, damaged and in danger of falling or where tree root-damaged sidewalks and curbing cannot otherwise be safely corrected,” according to the department’s maintenance policy.

Within the city’s Parks, Recreation and Marine Department, nearly half of its 29,000 park trees are dead, diseased or dying.

Nearly half of Long Beach park trees are dead or dying, report says