A prosecutor told jurors Wednesday that a Sylmar man killed a 24-year-old Long Beach woman who was an innocent bystander when a stray bullet struck her in a Downtown parking lot in late-2018, while a defense attorney argued that his client wasn’t culpable for murder because he did not intend to shoot her.

“I’m confident he will be found guilty after everything is presented,” Deputy District Attorney Karen Brako told jurors about the charges pending against 46-year-old Thomas McCreary.

McCreary is facing one count of murder in the shooting death of Anna Perez on Dec. 1, 2018, with special allegations that during the crime he used a firearm and caused death and/or great bodily injury, and one count of owning a firearm after previously being convicted of a felony.

McCreary has pleaded not guilty to the charges, with his defense attorney arguing that the case is far more complex than what it appears to be on surface level.

“There’s a third-person witness that’s not called here—Mr. Alcohol—which played a decision in everything,” McCreary’s attorney Theodore Batsakis told jurors during his opening statements. “It’s not murder … you have to think, what’s their motive?”

Police never found the gun used in the killing, but Brako told jurors that all she had to do was identify the people involved, prove that the cause of death was by a bullet wound, and that it matches the direction of where McCreary was standing during the shooting.

At one point, Brako briefly flashed photos of Perez’s lifeless body sprawled against a parking block near her friend’s car.

As photos of their friend appeared on screen, one of Perez’s friends broke out in tears.

A few hours before the fatal shooting, McCreary was out celebrating his girlfriend’s and nephew’s birthdays in Downtown Long Beach, authorities said. The group arrived to the area at around 11:22 p.m. on Nov. 30, and parked in a lot between Pine and Pacific on Third Street before heading down to At the Top Club above Shannon’s on Broadway, prosecutors say.

That night, Perez had no intention of going out after telling her friends she felt unwell, according to tearful testimonies. But at around 11 p.m., her friends came over and convinced her to go out. They got into a black Mercedes vehicle that belonged to her friend’s sister-in-law and headed to Downtown Long Beach where they parked in the same lot on Third Street before heading to Taco Beach for drinks.

A third group made up of four people—Jacob Cisneros, Jacqueline Herrera, Stephanie Herrera and Briana Alexander—also parked a blue Prius around midnight in the same lot before heading to Hamburger Mary’s to have a few drinks, prosecutors say.

The third group returned to their car at about 1:43 a.m.

Perez and her friends returned to their car about five minutes later. They were trying to decide where to go next, but when they realized their driver had too much to drink, they decided to hang out in the lot for a bit while they sobered up, according to witness testimonies.

“What hate does she have where she goes to the Prius, takes out a freaking skateboard and attacks the Impala, banging it and doesn’t stop,” Batsakis told jurors, alluding that his client acted reasonably upon someone attacking his car.

McCreary, who stood up in driver’s doorway area of his car, began shooting in the direction of Alexander and Cisneros, firing multiple shots, authorities allege. The gunfire didn’t hit anyone except Perez, who was about 50 feet away and wasn’t involved in the argument, prosecutors say.

Shortly after, authorities pronounced Perez dead at the scene.

Family and friends remember Perez as a beautiful young woman who was flamboyant, full of life and always looking to make people smile.

“I think it made her feel good that she could bring them such joy and happiness,” one friend said after her death. 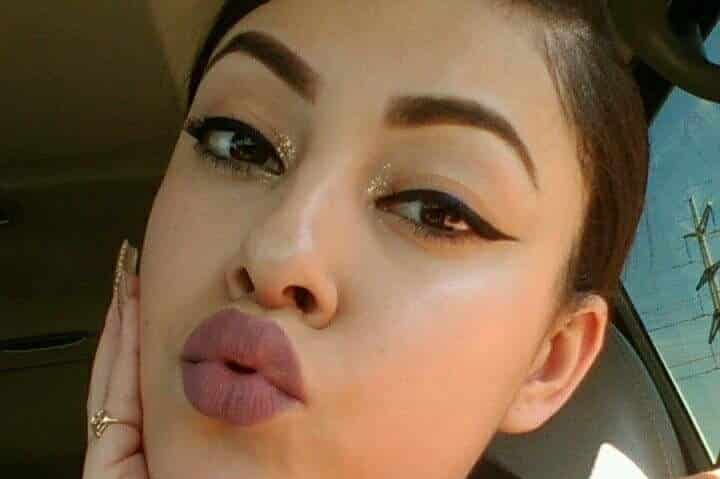 In the days following Perez’s murder, Long Beach police arrested McCreary on suspicion of murder. Prosecutors say that jailhouse phone calls between McCreary and his children’s mother, Shanae Garcia, revealed that he asked her to pick up his clothes from the night of the shooting from a dry cleaner and to dispose of them, prosecutors say. In another call with his girlfriend, McCreary asks about a gun he gave her to hide from authorities while they served a search warrant, prosecutors say.

Since then, Garcia, Samantha Kidd, McCreary’s girlfriend, and Anthony Bryson Garrett, McCreary’s nephew, and two others have been convicted of accessory after the fact after authorities said they helped McCreary try to avoid arrest and prosecution in the days following the shooting. McCreary has remained in custody since his arrest on Dec. 7, 2018.

Kidd, who hid the firearm in a heater vent, eventually confessed to police about her involvement, but by then the weapon was gone, prosecutors say. McCreary also told his nephew Garrett to change the rims and tires from the Impala and get rid of the evidence, authorities say.

McCreary faces up to 100 years to life in state prison if he’s convicted of the murder charge.

“This is a sad case,” Batsakis said. “You’re going to see tears from everyone.”

‘Beautiful, young, always smiling;’ woman killed by stray gunfire in Downtown was out with friends