A jury on Tuesday convicted former Minneapolis police officer Derek Chauvin of murdering George Floyd, the Black man who was pinned to the pavement with a knee on his neck in a case that set off a furious reexamination of racism and policing across the U.S., including in Long Beach.

The jury, made up of six White people and six Black or multiracial people, convicted Chauvin on all three charges: second-degree unintentional murder, third-degree murder and second-degree manslaughter.

Immediately after the verdict, Chauvin’s bail was revoked and he was led away in handcuffs. He’s scheduled to be sentenced in two months. The most serious charge he was convicted of carries up to 40 years in prison. 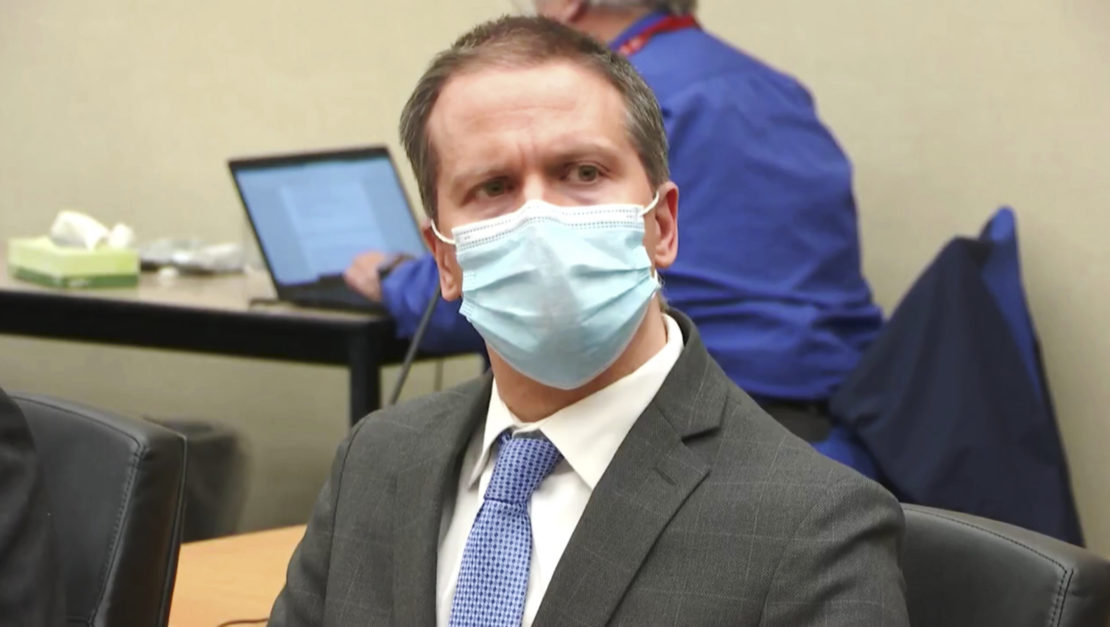 In this image from video, defendant, former Minneapolis police Officer Derek Chauvin, listens to verdicts at his trial for the 2020 death of George Floyd, Tuesday, April 20, 2021, at the Hennepin County Courthouse in Minneapolis, Minn. (Court TV via AP, Pool)

Outside Long Beach City Hall Tuesday afternoon, about two dozen demonstrators gathered to discuss how they should feel about the verdict and what it means in the context of the nationwide reckoning that Floyd’s death set off.

“I wasn’t relieved,” Dawn Modkins, an activist with the Black Agency and Black Lives Matter, said. “I feel like there was this expectation that we should feel relief, like we should be glad that we moved forward an inch today. It’s not a victory that the world had to turn up for a killer cop to be held accountable.”

Modkins pointed out that another police shooting took place in Columbus, Ohio, as the country awaited the Chauvin verdict. An officer shot and killed Ma’Khia Bryant, a 16-year-old who called the police to report a fight outside her house, according to her family, 10 WBNS reports.

Between Bryant’s killing and the recent deaths of Daunte Wright, Adam Toledo and others at the hands of police, BLM activist Sheila Bates said she is not soothed by the verdict.

She called the guilty verdict in Chauvin’s case “the bare minimum.” 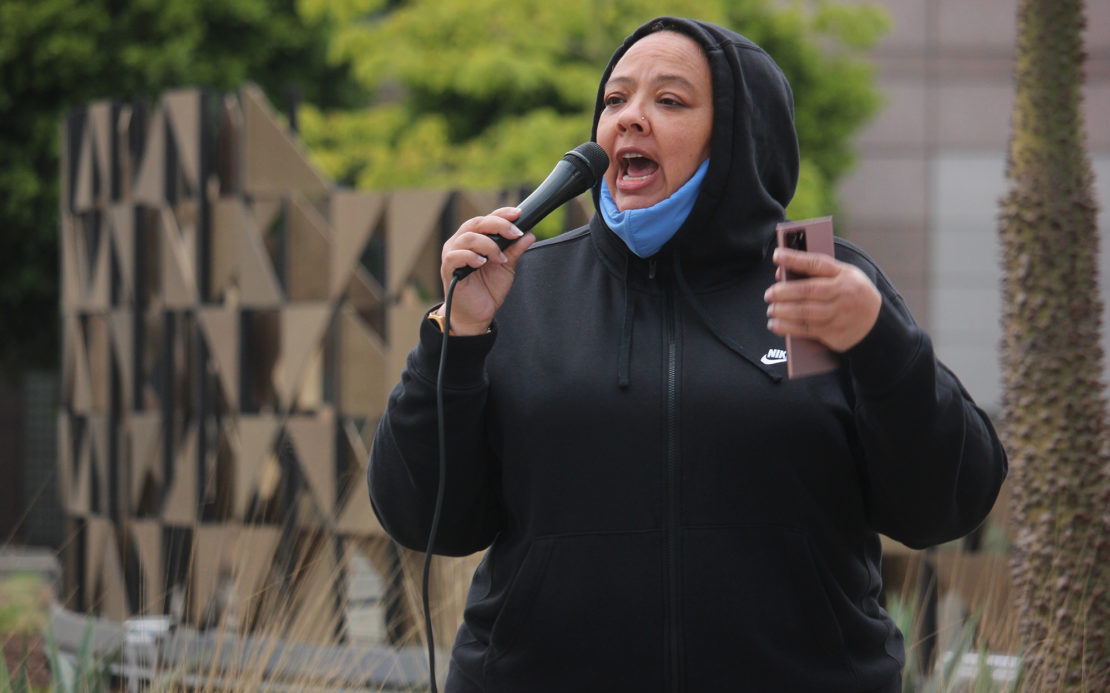 Floyd died last May after Chauvin, a 45-year-old now-fired White officer, pinned his knee on or close to the 46-year-old Black man’s neck for about 9 1/2 minutes as Floyd gasped that he couldn’t breathe and onlookers yelled at Chauvin to get off.

“The hard truth is that, if George Floyd looked like me, he’d still be alive today,” California Gov. Gavin Newsom said in a statement. “No conviction can repair the harm done to George Floyd and his family, but today’s verdict provides some accountability as we work to root out the racial injustice that haunts our society.”

The verdict, which arrived after about 10 hours of deliberations over two days, was late in the afternoon in a city on edge against the possibility of more unrest like what erupted last spring.

The Minneapolis courthouse was ringed with concrete barriers and razor wire, and thousands of National Guard troops and law enforcement officers were brought in ahead of the verdict. Some businesses boarded up with plywood.

In Long Beach, police had spent the days leading up to the verdict telling local businesses and community groups that they were ready for any protests about the verdict. In May, thousands of people had marched through Downtown Long Beach, spurred by the video of Floyd’s death.

Bates lambasted the Long Beach Police Department for putting out the message that they were prepared for unrest. She said it showed the department believed the verdict would be in Chauvin’s favor.

Even after the guilty verdict, police said they would have extra officers on patrol as part of a “stage 2 tactical alert.”

In a statement, LBPD Chief Robert Luna called Floyd’s murder shocking and said, “while we are still understanding the trauma this incident caused, we trust the legal system and believe justice was served.”

Long Beach Mayor Robert Garcia said he hoped the verdict would be a turning point for the country.

“Justice has been served today and our love goes out to George Floyd’s family,” Garcia wrote in a tweet. “The jury absolutely did the right thing. We know there is so much more to do to break down racial injustice and achieve equity for all.”

Audrena Redmond, a founder of BLM Long Beach, said she and others were prepared to take to the streets if the verdict came back not guilty.

She and all the other speakers outside City Hall noted that the community must brace for Chauvin’s sentencing, which is expected in eight weeks.