Residents of a Lakewood Village home awoke to a garage fire early this morning that spread to the main house where they were sleeping.

“Someone knocked on our window and told us to get out, that our house was on fire,” one tenant who declined to give their name said. “I kept hearing this popping.”

The fire was reported in the 4100 block of Greenbrier Road, just north of Heartwell Park.

When units arrived, they reportedly saw heavy fire and smoke coming from the garage and the attached house. Crews had received word that civilians were trapped inside the flames, however, Fisk said the people inside the home were able to escape and were huddled in the backyard. 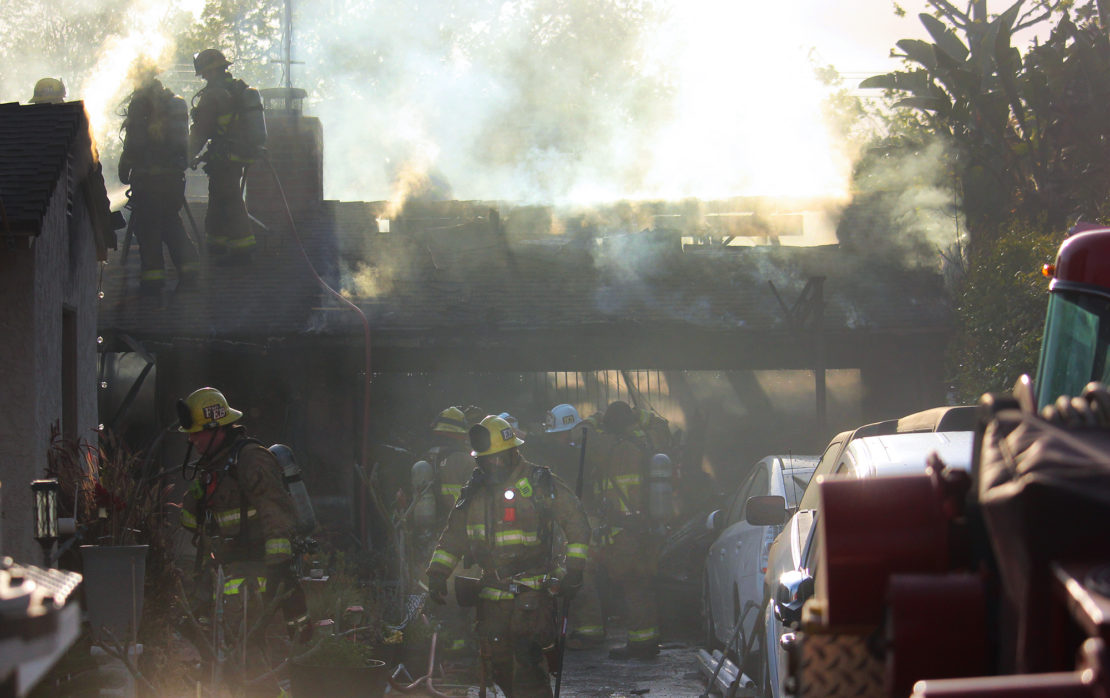 Fire crews put out the flames in a matter of minutes, Fisk said.

“We just lost everything we own,” one tenant said.

Three adults and one child were inside the home when the fire started. Though no serious injuries were reported, an elderly man was treated for smoke inhalation, Fisk said.

Fire investigators were called to the scene to determine the cause of the fire.

Devin Corcoran, a Long Beach native, has owned the house where the fire broke out for 20 years. He said this is his second rental property in the same Lakewood Village neighborhood to burn down in two years.

Corcoran has nearly completed rebuilding the other home and vowed he would rebuild this one.