The Food 4 Less at the intersection of East South Street and Cherry Avenue in North Long Beach had a 70% off sale Saturday as it was slated to close for good by 3 p.m.

National grocery giant Kroger Co. announced in February that it was closing two of its Long Beach grocery stores in response to a “hero pay” mandate from the city that required chains with 300 or more workers nationally and more than 15 employees per store to pay employees an extra $4 per hour during the pandemic.

Elisabeth Payton and Zipporah Wagabaza on Saturday made the walk over from nearby Lakewood to pick up some groceries from the Food 4 Less.

As they walked through the parking lot, they were surprised to see a news van parked outside the store. It wasn’t until they saw the sign at the top of the building that read, “The store is permanently closing Sat. April 17th 2021,” that they realized what was happening. 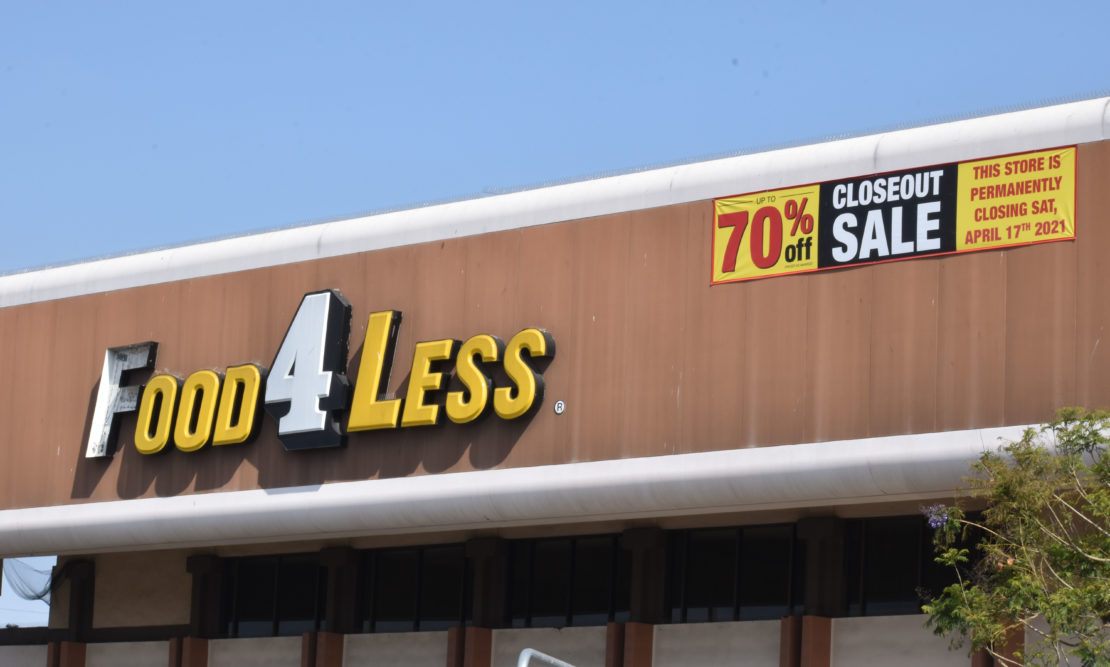 The the Food 4 Less at the intersection of East South Street and Cherry Avenue in North Long Beach has a 70% discount sale on items and shelves are not being restocked in anticipation of its closing on Saturday, April 17, 2021. Photo by Sebastian Echeverry.

The council passed its the pay increase for grocery workers “due to the significant risk of exposure to the COVID-19 virus,” according to ordinance.

In a statement, the grocery store chain called the city council’s decision “misguided.” Kroger said the “irreparable harm” that will come as a result of the city’s decision is “deeply unfortunate.”

The decision to close the store drew multiple protests and media coverage, but for local shoppers like Payton and Wagabaza, the closure means they’ll have to go elsewhere to buy the products they’d come to expect at the store.

“We have to pay more,” Wagabaza said, noting that a WinCo Foods store was another option but the items there were more expensive. “It might be cents, but it adds up. If you have a family of three or four it all adds up.”

Rosa Ayala walked with her elderly aunt to pick up a few groceries. She said she had learned about the closures on TV news, but was not sure which Food 4 Less was closing. Like Payton and Wagabaza, Ayala was saddened to see it was the one she frequented with her aunt.

Inside, few items remained. Parts of food displays and shelves were already moved out of the store, which on Saturday looked more like the inside of a storage warehouse. 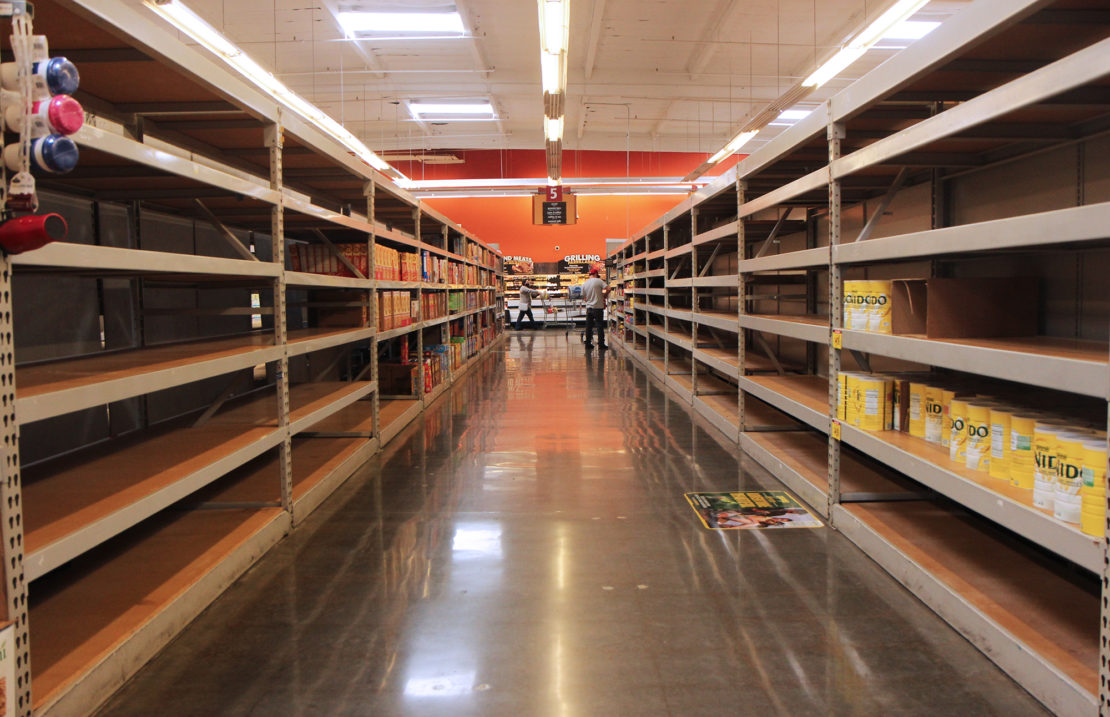 In this file photo, shelves sit empty, not being restocked as items sellout, at the Food 4 Less on South Street in North Long Beach, Thursday, April 8, 2021. The grocery store is slated to close April 17. Photo by Brandon Richardson.

A spokesman for Kroger Ralphs Division previously told the Post the closures will impact nearly 200 employees between both locations and may involve layoffs.

The company has four other Ralphs stores and two Food 4 Less stores that will continue to operate in the city.

Shoppers still loyal to Food 4 Less’s options can still visit stores located at 6700 Cherry Ave., a little over a mile away, and 1600 E. Willow St., 4 miles away.