As many California counties begin to reopen in the wake of the coronavirus pandemic, Long Beach as a dense, urban city will move at slower pace while watching indicators including the number of deaths, hospital capacity and infection rates, said Kelly Colopy, director of Health & Human Services.

“It’s easy to compare us to other places with lower numbers, but we need to be paying attention to Long Beach and what is going on with our city,” Colopy said in an interview Tuesday.

After two months under the state’s stay-at-home orders, California Gov. Gavin Newsom this week announced a major easing of restrictions that would allow most counties to begin reopening their economies more quickly. But health officials say harder-hit Los Angeles County and Long Beach, which has its own health department, will both need more time.

A key indicator is the rate of positive tests per number of people tested. Under the state’s requirements, a county’s positive test rate must be under 8% before it can reopen early. 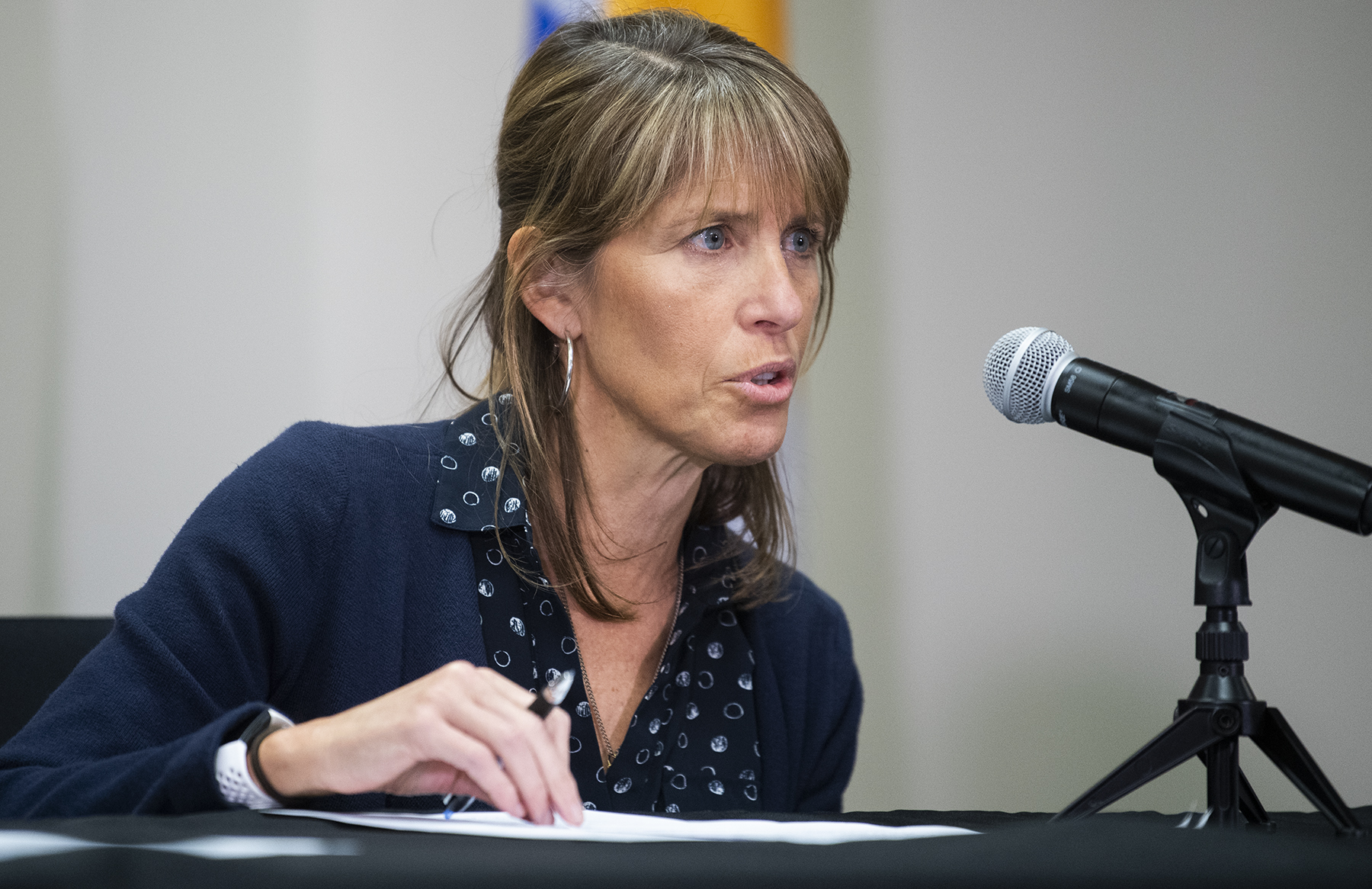 Colopy said Long Beach, unlike Los Angeles, has not yet opened its testing sites to anyone who is asymptomatic, which might be a reason for the higher number. For now, only essential workers who are asymptomatic can be tested. Everyone else must show some symptoms, meaning Long Beach is likely testing more sick individuals.

As testing becomes more widely available, states across the country are facing a new problem: Fewer people are showing up to get tested.

Long Beach is fairing better with its numbers. Colopy said the city has the capacity to test about 1,000 a day and is averaging around 830. On Friday, 785 people were tested.

The city could eventually open its testing to anyone who is asymptomatic, but for now, it will keep the capacity around 1,000 to avoid overwhelming labs, Colopy said, noting that there have been problems with backlogs.

“We want to make sure our labs can keep up,” she said.

While Long Beach is higher than the county in its positive test rate, it is doing significantly better in another key indicator: The number of cases per 100,000 residents.

As a city with nearly half a million people, Long Beach is averaging around 275 positive cases per 100,000 residents, which is lower than the county’s average of 378 and the city of Los Angeles’ average of 459. The statewide average is 200.

Under state requirements, however, counties will not be able to reopen early unless they have logged fewer than 25 new positive cases per 100,000 residents over the past 14 days.

Colopy said the state benchmarks for early reopening are challenging for cities like Long Beach.

“It’s difficult because we’re the second largest city in LA County and we’re very urban, we’re very dense and we’ve very diverse,” she said. “And we’re just not ready to move faster than the governor’s orders.”

A focus on hospitals

As of Tuesday, 58 people were hospitalized for coronavirus, down from a high of 66 people on Sunday. While numbers have increased slightly in the past week, Colopy noted that they haven’t seen a surge.

“We’re not seeing a large increase, so that’s a good sign,” she said.

The city is also faring well for hospital capacity. The state requires counties to have the ability to handle a minimum surge of 35% above its average in hospitalizations.

Long Beach overall has a 1,500-bed capacity, Colopy said, but that also includes people hospitalized for reasons other than coronavirus. Long Beach could handle another 60 or so hospitalizations due to coronavirus without having to use surge capacity, she said.

The city is also below 50% capacity in its use of ventilators, the critical devices that help patients breath.

Colopy noted that people hospitalized for coronavirus are spending an average of nine days in care, and about half of those who have been hospitalized are from the city’s long-term care facilities, which have been epicenters for the pandemic.

She said the hospitalization numbers probably won’t change that drastically as the most vulnerable residents continue to be affected. She said older adults and those with underlying health conditions must self-isolate for protection.

“As long as COVID-19 doesn’t have any medications, we’re going to see older people and those with underlying health conditions who are going to be hospitalized,” she said.

Colopy said Long Beach is continuing to monitor its long-term care facilities. The city’s nursing homes have been the hardest-hit, accounting for 48 of the city’s 62 deaths as of Tuesday.

With the easing of some restrictions last week and more people now venturing out, Colopy said the end of this week and next week will be key for monitoring any spikes in hospitalizations and infection rates. She said those infected typically begin to show symptoms around five days after exposure.

“We’ll be doing our tracking,” she said. “We understand the need to reopen our economy, but we want to make sure we don’t move too quickly.”