David McGill says youth basketball changed the course of his life. Now he wants to give others that chance.

As a kid growing up in Long Beach’s Washington neighborhood, gang culture was unavoidable, according to McGill. He recalls a friend being attacked on the street just because someone mistook him as a rival gang member.

McGill, who also didn’t have secure housing as a kid, said he teetered on the edge of being sucked into gangs and other trouble, but in his sophomore year, one-hour bus rides to a Lakewood basketball program set him on a different course. With basketball as an outlet and mentorship from a caring coach, McGill said he started getting straight A’s.

Now, 23-year-old McGill is excited to be a role model for other kids in his situation.

“I always think about what if the Washington neighborhood had something like that, what if I didn’t have to take that long bus ride, what if all my neighborhood friends could have been a part of it too,” he wrote.

That’s why he along with a group of former athletes plan to use the basketball courts on 14th Street between Locust and Pine avenues this summer in a new project to enrich the lives of youth in the area.

The project, Books & Buckets, will offer a free basketball academy to 25 youth between the ages of 11 and 18, along with providing reading-comprehension help and mentorship. The academy will run on Saturdays from 9 a.m. to 12 p.m. for eight weeks from June 5 to July 31 with an orientation scheduled for May 29. Youth must register for the program. McGill said he also plans to offer the academy again next year. 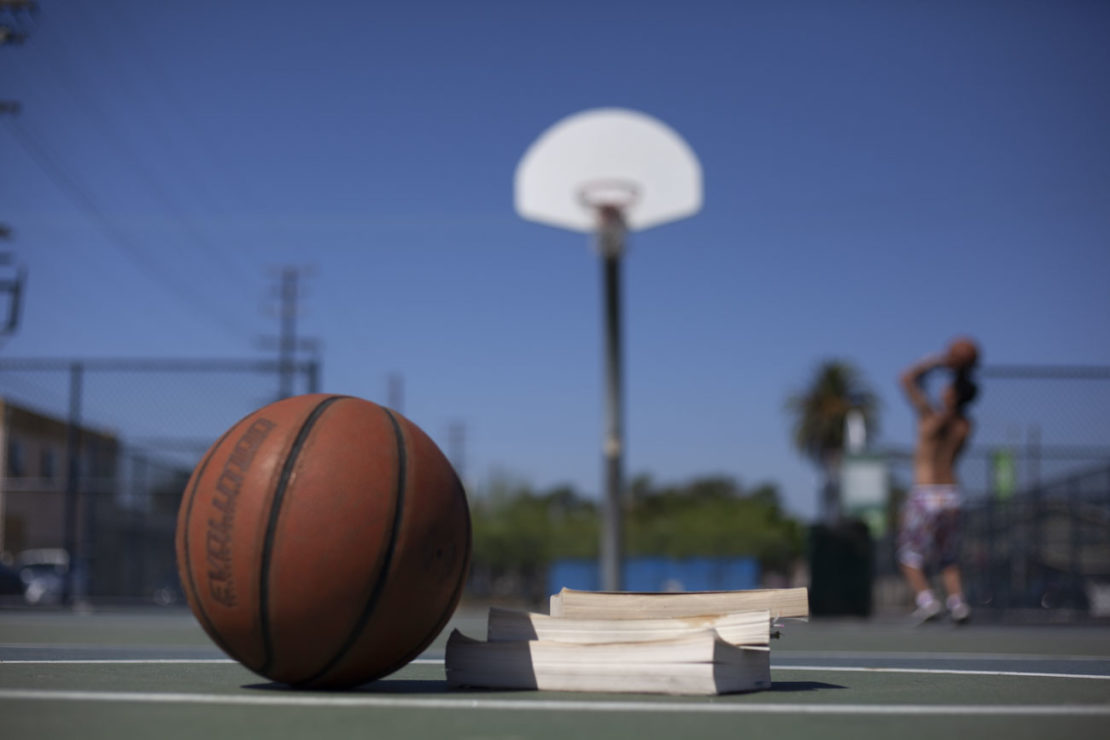 A basketball and some books at the 14th Street courts in the Washington neighborhood near Downtown Long Beach. Photo courtesy of Books & Buckets.

Gabriel Sandoval, who played basketball with McGill at Cabrillo High School, will serve as the head coach for the project and teach youth the fundamentals of the sport or adjust the drills if they are more advanced. The youth will be assigned to read two books during the academy, which will have discussions before each practice on Saturdays.

The books on the schedule this year are “Shoot Your Shot: A Sport-Inspired Guide To Living Your Best Life” by former basketball player Vernon Brundage Jr. and “Stay Woke: A Meditation Guide for the Rest of Us” by Justin Michael Williams.

McGill said he wants Books & Buckets to “not allow local gangs to recruit our youth into something that’s going to put them down a path that’s going to ruin their life.”

Had McGill’s own basketball program and coach not been there for him as a kid, he says he might not have pursued a bachelor’s degree or become so involved in his community now.

“Things were put on a better playing field for my entire future,” he said.