Whaley Park is one of the most famous patches of public grass in Long Beach. It’s where the Long Beach State Dirtbags got their nickname, where countless children have stayed active with the YMCA program and where some of the most enjoyable Sunday pickup basketball games are played.

The park at the corner of Bellflower Boulevard and Atherton Street is also where Long Beach PONY has built one of the best youth baseball programs in California over the last decade.

Whaley Park had been dormant for a year until Long Beach PONY brought it back to life in March when its season was able to return under strict COVID-19 protocols from the city of Long Beach’s Department of Health and Human Services.

Long Beach PONY was finally back to what it does best this week hosting a postseason tournament with multiple teams from around the local area. The 13U All-Star Super Region tournament is one of the first Long Beach youth events to host teams from other cities since before the pandemic.

“It was a lot of work to get it started,” Long Beach PONY president Ken Jakemer said. “Once we got the okay to get on the field to start our program it flew smoothly. The parents here were so energetic to get (the kids) back on the field that they were willing to do anything.”

“It’s a beautiful day in July and we’re playing a tournament game here in Long Beach. There’s nothing better than that,” PONY assistant coach Jeff Champlin said. “Compared to where we were 12 months ago, it’s night and day. You just walk around here and there’s smiles everywhere.”

Champlin and his son Jack, who is on the 13U All-Star team, came to Whaley after helping Uptown Long Beach win a historic SoCal State Tournament two years ago.

“It’s really fun to be back playing baseball,” Jack said. “There is nothing else I would rather be doing. We need to be thankful for all the volunteers, coaches and parents because without their hard work none of this would’ve happened.”

Jakemer said parent volunteers like Rachel Lake and Serena Foster were key in making the tournament run smoothly, but that the field wouldn’t have been ready without the hard work from groundskeeper Thomas Grant.

“This is what we live for,” Grant said. “I’m giving back to baseball what baseball gave to me.”

Grant, 62, was born and raised in Long Beach, went to Wilson High and is a local celebrity at the park with his sidekick dog Buddy, a 4-year-old rescue doodle. He’s been volunteering at Whaley since 2008.

“We’re blessed here in Long Beach to have a field they let us use consistently,” Jakemer said. “(The city health department) worked with us and we made it happen. We had zero issues during the 30-game season from early March through June and right now. That’s a success and we feel pretty good about that. The league stepped up and did their job.”

“It’s great to be back to normal,” said PONY parent David Coope. His son Mack is on the 13U All-Star team. “Everything was socially distant in the beginning and the kids had to wear masks on the field but they didn’t care. They just wanted to play ball. It was a really good outlet for them. It really saved a lot of these kids’ lives to where they felt somewhat normal, to do something they loved and hang out with their friends.”

That community interaction even included the teams from out of town.

“We were playing Wiffle Ball in between games with kids from Sierra Madre and Heartwell even though we knew we would be battling against each other in the tournament,” Jack Champlin said.

“For all of the families involved, all of the volunteers and everyone involved, to see us get to here that we made it, didn’t have to cancel games, or have any problems is kind of a big relief,” Cooper added.

Little League is back too

Long Beach Little League had six of its nine All-Star and Select teams win District 38 championships. The three oldest teams advance to the Section 5 tournaments and are trying to reach the Southern California Regional tournaments.

The LBLL 12U Majors All-Stars went undefeated in its bracket and beat Bellflower in the championship. They will start the Section 5 tournament in Tustin on Saturday. 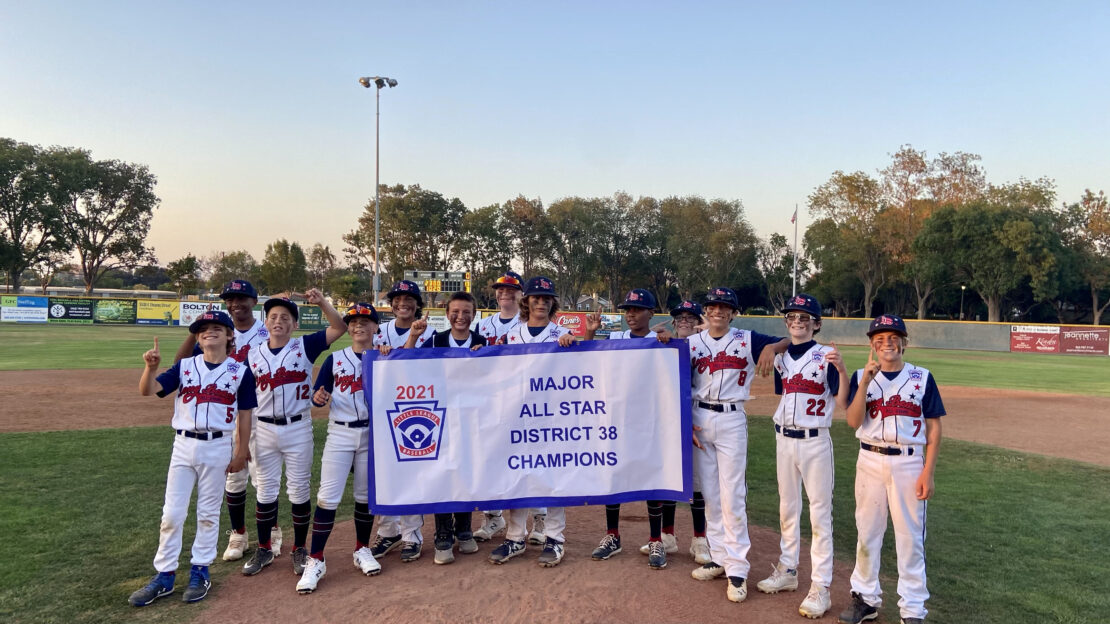 The LBLL 11U All-Stars bounced back from losing their first game of the tournament to win three consecutive games and beat Lakewood Village in the championship. They host Tustin Western at Sterns Championship Park here in Long Beach on Wednesday for the Section 5 tournament. 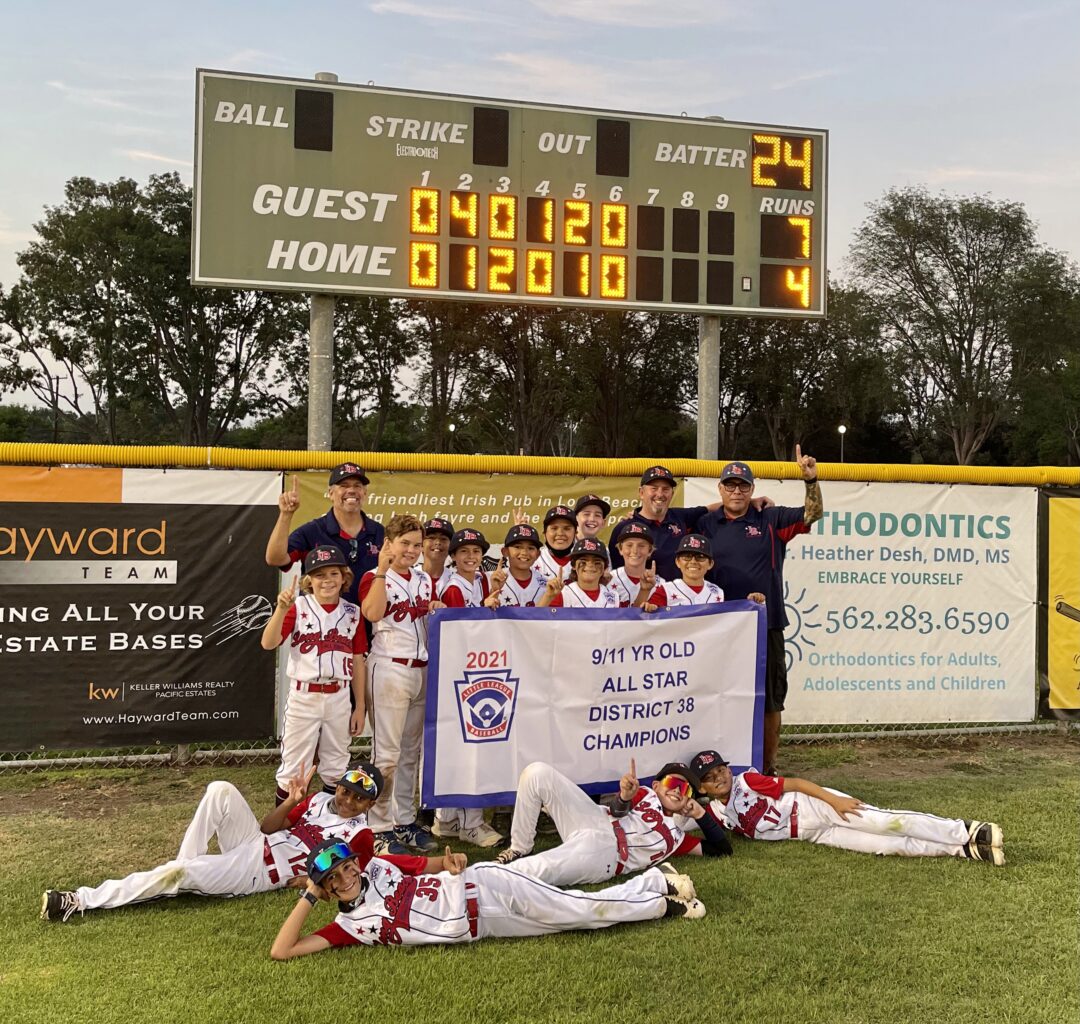 The 10U All-Stars also went undefeated in its bracket and beat Lakewood Village in the championship game. They’ll travel to Yorba Linda for the next round on Thursday. 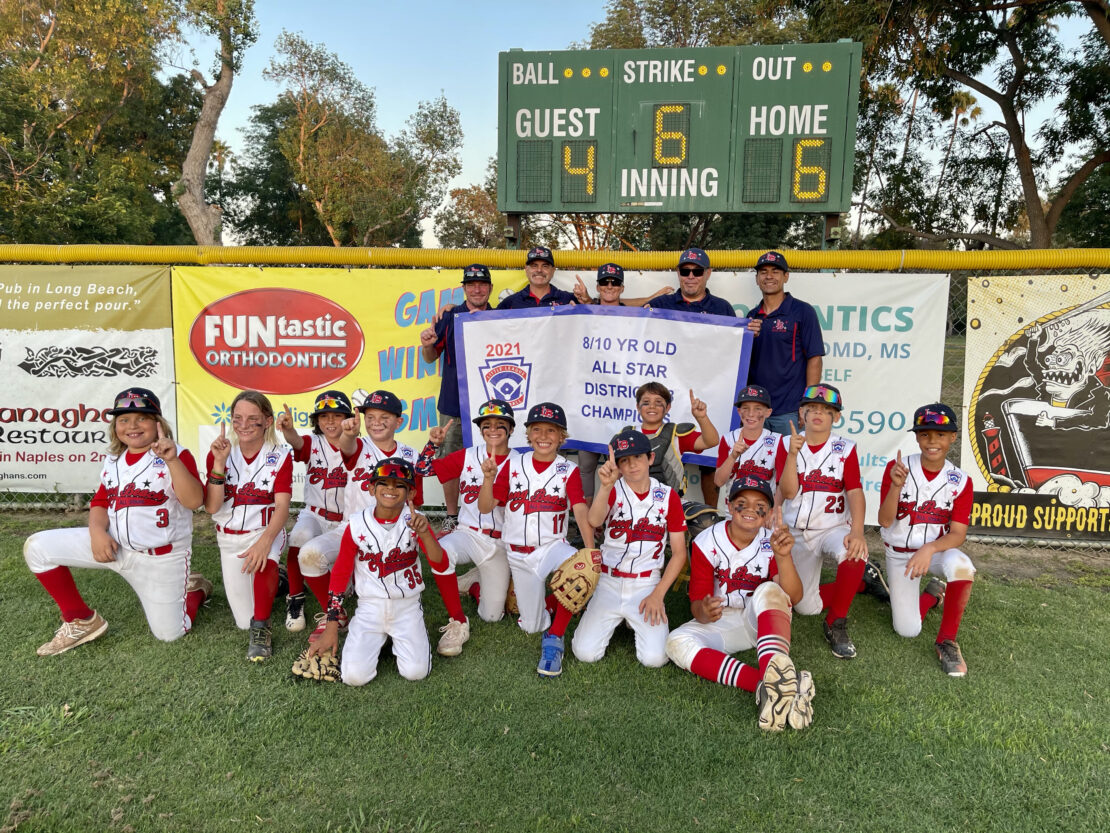 The LBLL Select 7U, 8U and 9U teams all beat Lakewood Village to win their respective championships as well to cap their seasons. 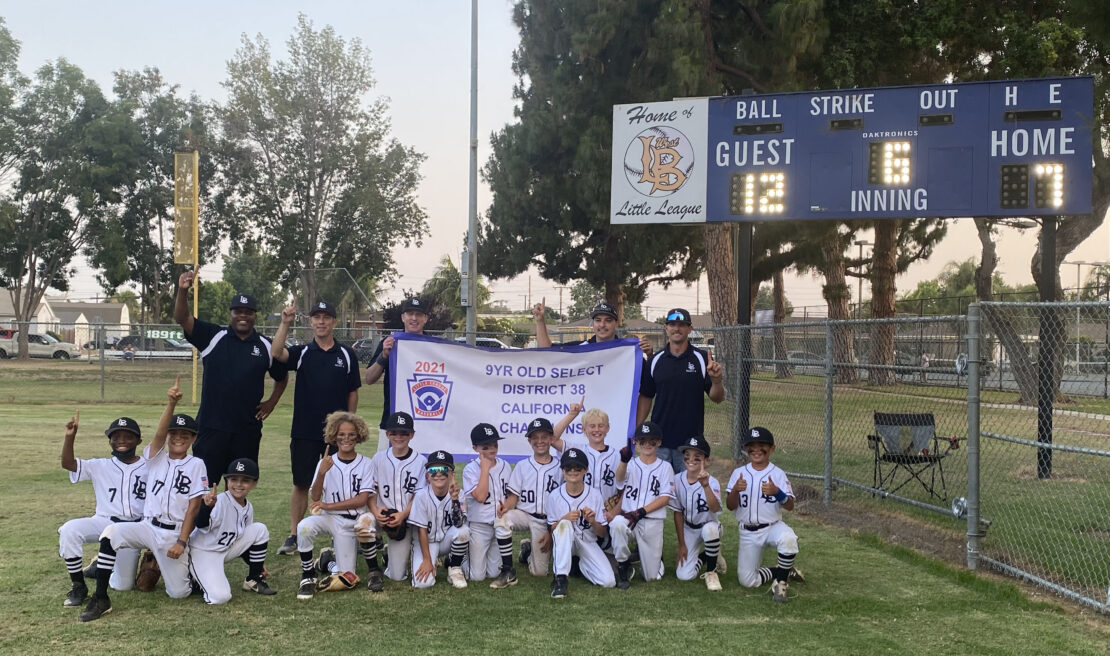 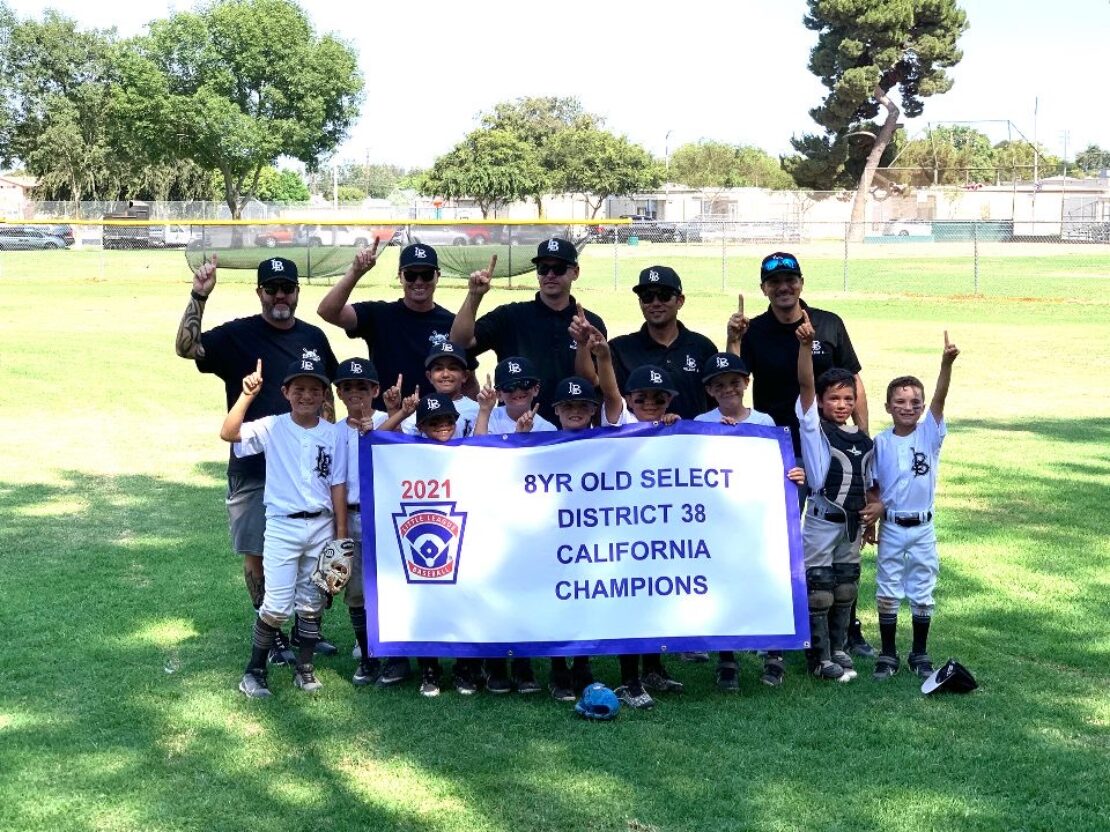 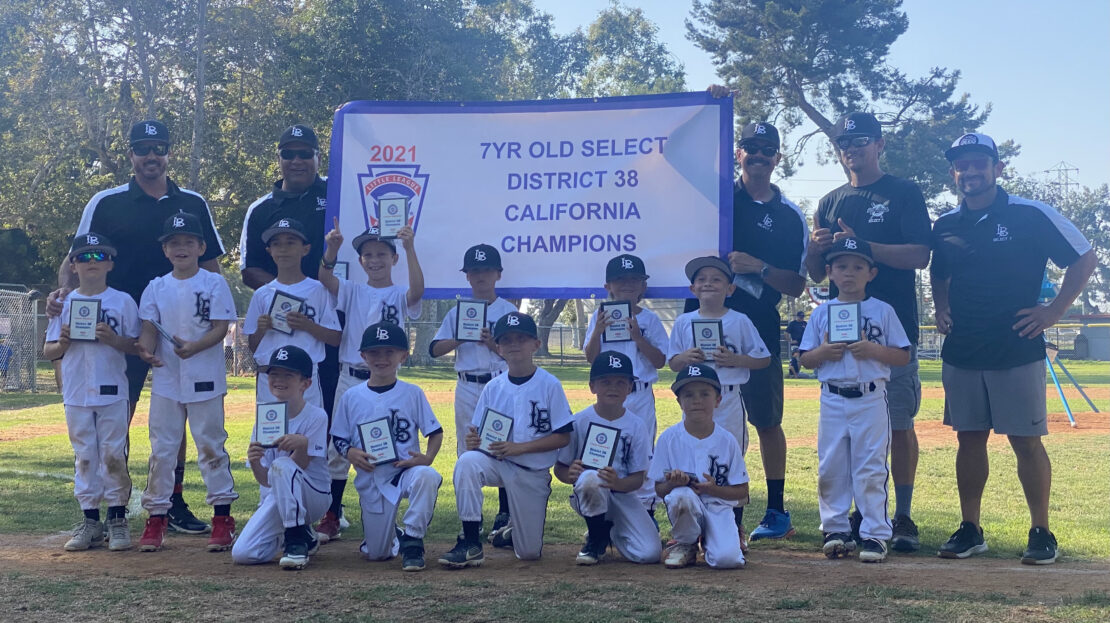