The Long Beach State men’s basketball team has a long and impressive history. The Beach are one of the only programs in the country to have three coaches in the Naismith Memorial Basketball Hall of Fame (Jerry Tarkanian, Tex Winter, and Lute Olson). The team also has a loud and proud local fanbase, and the Black and Gold flags are out all over town this week as Long Beach travels to Henderson, Nevada for the Big West Tournament with a trip to March Madness and the NCAA Tournament on the line.

Long Beach State won the regular-season conference championship last weekend and enters this week’s tournament as the top-seeded team. If they can win today at 12 p.m. against Cal State Bakersfield, they’ll play in the semifinals tomorrow. Win tomorrow and they’d be in the Big West Tournament championship Saturday night on ESPN, trying to make history—because despite all that proud history, the Beach has only made it to the NCAA Tournament nine times, and only twice in this century.

“We’ve had a great regular season and now it’s time to make it a special season,” head coach Dan Monson said after Saturday’s overtime win to clinch the regular-season title. 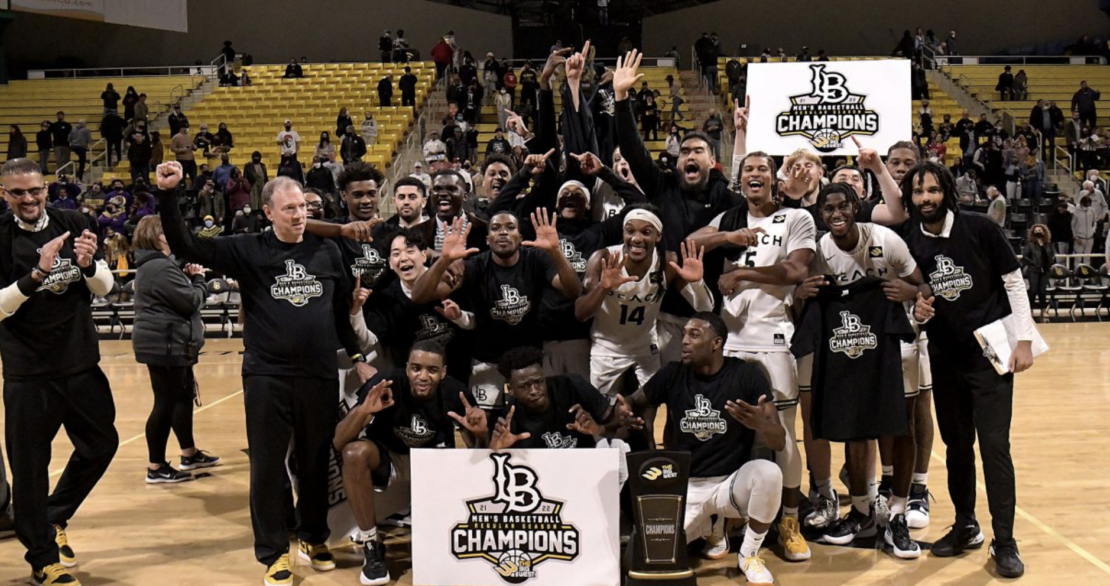 This year’s journey has felt special after the Beach opened the season 5-9 then rebounded to win 14 of their last 16 games heading into the postseason with Big West Player of the Year Colin Slater leading the way.

It’s been a long decade for the Beach since their last NCAA Tournament appearance in 2012, with some finishes in the bottom half of the conference. Head coach Dan Monson is the program’s all-time winningest coach and was leading the Beach for that 2012 appearance. This year’s Big West Coach of the Year, Monson could make history with three wins this week, becoming just the third coach in program history to lead the program to multiple NCAA Tournaments (Hall of Famers Tex Winter and Lute Olson didn’t).

Today’s Long Beach State game will be streamed live on ESPN+ or fans can follow along with us on Twitter @562sports for live courtside updates from Nevada by beat writer JJ Fiddler.