The 2003 release from Atria Books is an in-depth look at the first-ever national championship high school football game, played in 2001 in Long Beach between Long Beach Poly High School and De La Salle at Veterans Memorial Stadium before a record crowd of more than 17,000.

Now, in anticipation of its 20th anniversary, “One Great Game” is getting an anniversary re-release on Audible, with a new audiobook edition narrated by Derek Dysart. 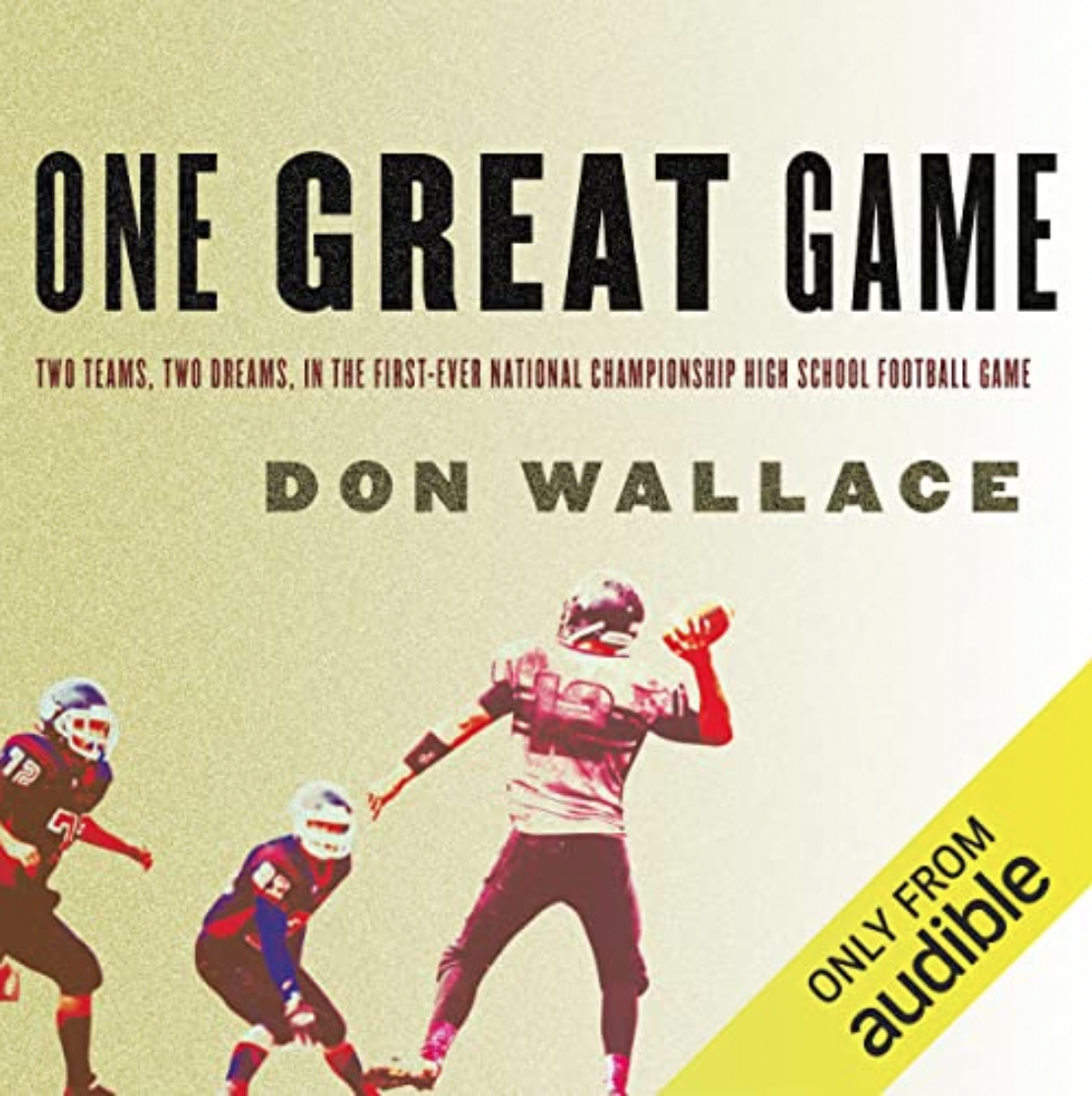 “It’s great to see it have some new life and a new audience,” said Wallace, during a recent phone interview, from his home in Honolulu.

The game itself was historic—the first time in history the No. 1 ranked team in the country had played the No. 2 ranked team. Twenty years later, it’s easy to see how that game, also the first nationally televised high school game, was the start of a massive shift in high school sports. Now, national championship games happen every year, games are nationally televised every week, transfers are commonplace, and prep sports have been professionalized in a formal way through rule changes that allow athletes to be compensated for the use of their names and images through things like endorsement deals.

All of that was on the horizon when Poly met De La Salle, with more than 400 national and international media members present.

“It was a total hinge moment,” said Wallace, who pitched the book as an excuse to spend some more time in his hometown of Long Beach. “Now it’s like the Neil Young song, ‘When so many love you, is it the same?’ We’ve allowed high school sports to become professionalized. And I honestly don’t see a way it could have been prevented, because sports parents are insane. A lot of us wish the game was a little calmer, a little more pure and that kids weren’t carrying all the ambitions of grown men on their shoulders.”

All of those changes were still to come in the future when Wallace was reporting his book. “One Great Game” is an incredible ground-level view of the burgeoning spectacle of that game, but also of what makes Long Beach unique. Wallace, a Long Beach native and a Poly alum, wonderfully describes the history of Poly without a lot of the over-dramatized narratives that national media coverage of the city often employs.

Rather than relying on tropes and stereotypes about inner-city gang violence, Wallace paints a picture of a community that loves its children, even if it expects them to grow up quickly. He was well-positioned to pen the history of Poly and its neighborhood. Not only did Wallace attend the school, but his mother Elizabeth was a school board member for Long Beach Unified during the race riots at Poly in the early 1970s and a key mover on the Poly Community Interracial Committee that helped rescue the school and forge it into the urban powerhouse it’s been for the last four decades. Wallace himself was the first student member on the PCIC.

“She was there and I was there when there was a big fight against white flight, when so much effort went into making sure that Poly would survive,” said Wallace. “It was fascinating to me to come back and report on the school and see what it had ascended to and how Long Beach Unified had built themselves into a true beacon of public education.”

Wallace also describes in detail the different culture in affluent suburban Concord, where powerhouse De La Salle had a 10-year winning streak leading into their game with Poly. Wallace used an artist’s touch in depicting the differences between suburban and urban communities, and private and public schools—highlighting the contrast without over-simplifying De La Salle either.

Of course, the book doesn’t have a happy ending. Poly lost to De La Salle, and most of the 17,000 fans in overflow seating at Vets went home sad. Those feelings are still hard for many, and Wallace still has some salt in his own wounds about what could have been. Had the Jackrabbits won the game, Sports Illustrated was going to have the Jackrabbits on their cover the next week.

“Yeah there was a contract for that, they had a magazine cover scouted and mocked up,” said Wallace. “That would have been nice.”

Despite the loss for the Jackrabbits, the game’s significance is arguably greater now than it was then. It’s ironic reading about how groundbreaking it was for Poly to have an Oakley sponsorship in 2001, given that all major high school programs today have apparel sponsorships (Poly is a Jordan Brand school at Nike, for example). And for high school sports fans, ‘One Great Game’ remains a beautifully written—and now, narrated—look at a seminal moment in American sports.