I’m not a parent who worries.

My kids, who are 8 and 6, have been raised in a “let them make their own mistakes” household. We let them bonk their heads when they were learning to walk, and we don’t supervise them all that closely at the park. That’s been our philosophy as parents because we know bad things can and will happen to them in their lives, and we want them to be prepared to deal with those things when they come.

We also know the threat of extreme dangers like earthquakes, car accidents or lightning strikes are outside the door every day. As a journalist in my hometown for the last 15 years, I’ve had to write obituaries for more than a dozen teenagers, sitting with parents and asking them to talk about the unimaginable, so I could try and put that raw and impossible pain into words for them. I don’t hide from those possibilities—what I do is I try to accept the risks that come with being alive on this planet and not worry about them.

In an intellectual sense, I don’t worry about my kids every day when I drop them off at school. My brain just doesn’t work that way. But my stomach does.

My stomach felt like it had a hard rock in it this morning when I dropped my kids off at their Long Beach elementary school, the same pit in the stomach of every parent after Tuesday’s shooting at a Texas elementary school. 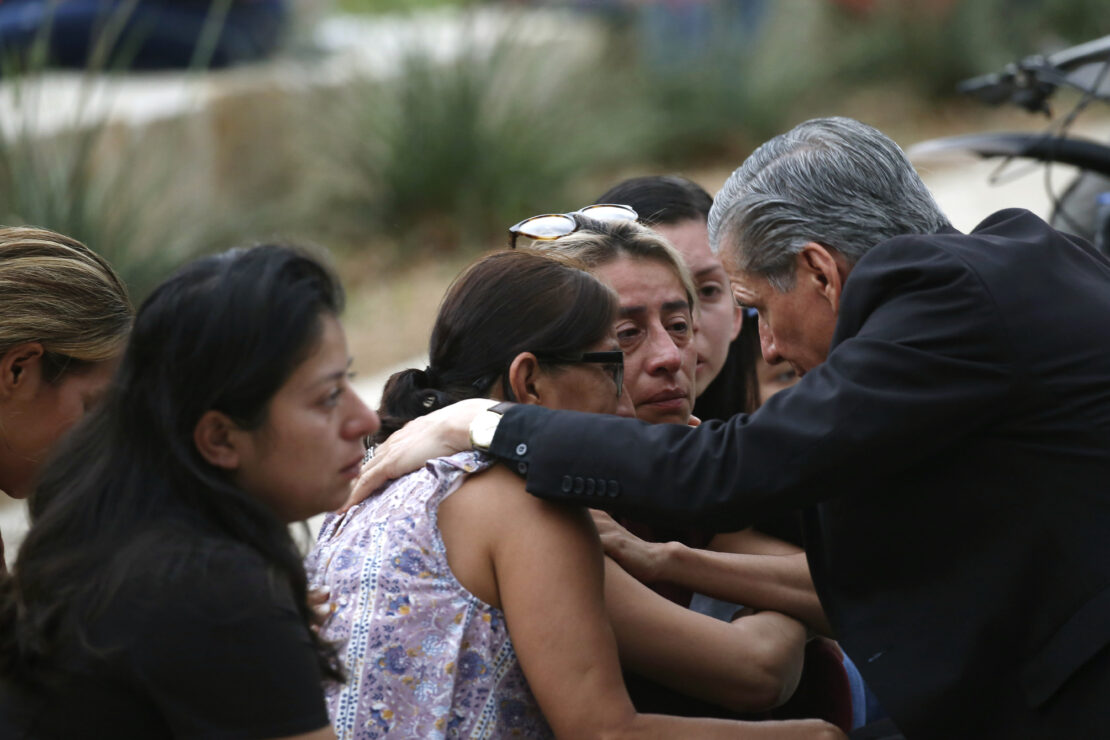 Lately, I’ve compared the threat of school shootings to the threat of earthquakes. I’m aware of it, I prepare for it, and I don’t worry about it any further unless a headline brings it to the front of my mind. Of course, those headlines have always been just around the corner, as they have for anyone my age.

I was a freshman in high school when Columbine happened, an event that was horrifying to us as kids and even more horrifying to me now as a parent, knowing that it was the start of something awful, not the end. At the time, my teachers at Long Beach Poly told us to make sure to report anyone we heard making threats or talking about shooting anyone. We were terrified at the idea that we were the last line of defense against something like that happening to us.

The shootings never stopped, of course. Thirteen years later, when Sandy Hook happened, my wife was pregnant with our son; our daughter was in her first year of school during the Parkland shooting.

We’re also acutely aware that school shooters are not the only way that children die by guns. When my wife and I were in high school, a friend of mine shot himself in a suicide. In 2009, we were in a crosswalk after covering a football game at Wilson when Bruins cheerleader Melody Ross was killed by a stray bullet. Last year, I covered the shooting death of Mona Rodriguez, and subsequent firing of the school safety officer accused of pulling the trigger. The one constant in these deaths is guns, and guns are everywhere in this country.

So even though I’m not a parent who worries, I can’t help but think about it. I’m aware. When we bought our house and enrolled our kids at the closest elementary school, I was aware that the school was in earshot. I was happy to note that I could reach it in 120 seconds at a dead sprint if I ever needed to.

The pit in the stomach of every parent in Long Beach has shaped our city in subtle, important ways. Fences went up around high schools after Columbine, and elementary and middle schools were closed off with perimeter fencing in 2018 after parents demanded it in the wake of Sandy Hook. There’s a cost to that fear. When I was a kid we all played basketball at the nearby elementary school or football on the grass. Our school district is the city’s largest landowner and for a lot of us growing up, it was a secondary park system, too, one that kids now don’t get to experience on weekends or summer evenings.

It’s easy to forget the fear that built those fences. They’re part of our landscape now, just like school shootings. It’s easy to tune out most of the time, and it’s easy to hate every minute of the rinse and repeat cycle that plays out after a shooting. Some friends will post on social media about gun control. Some will post about school security and mental health. Some politician will go viral yelling about it. We’ll pretend there’s a single solution when we need every solution, and we’ll get none. There will be very little empathy, there will be even less change.

And we will still drop our kids off every morning, and we will try not to think about it. We will try not to worry, but we’ll worry every day. And someday another news alert will pop up on our phones and that pit in all our stomachs will be there again, right where it always is.