Column: Thoughts after yet another school shooting; is America broken? - Long Beach Post Voices
- ADVERTISEMENT -
Help us light up the city; Add your home to the 2022 Holiday Lights map. CLICK HERE

America is broken, and on days like Tuesday, it seems beyond repair.

We’ve tried thoughts, and who in America didn’t have bleak, sorrowful and helpless thoughts about the shooting deaths of 19 children at a Uvalde, Texas school?

We’ve tried prayer, sending them up to the heavens like angels in hopes that they’ll be heard by a merciful God who will at the very least accept the souls of the murdered children or offer some solace to the families who will forever be sadly bereft of a loved one.

Thoughts and prayers, with the bullet-stopping power of a gauzy dress, have done nothing. No mercy, no solace.

My wife and I watched the news as the horror of the day continued to unfold in the early evening, with the number of dead schoolchildren increasing slowly, feeling the guilt of relief that our two children are no longer in school, but with the remaining dread that they—or we—will never be out of danger as long as we continue to try living a normal life in shopping malls, grocery stores, churches, theaters, festivals or any number of places where deadly shootings have occurred recently in America with astonishing frequency. 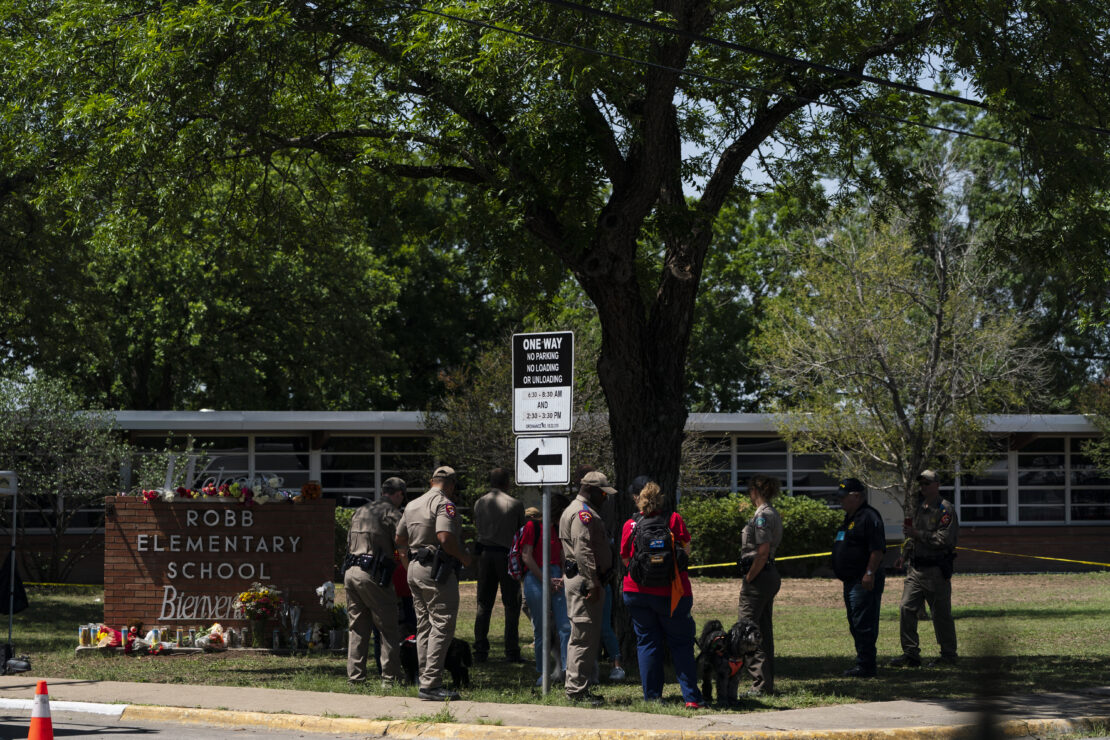 It occurred to me, as various people spoke about the need to do something, that that’s a big hill to climb and any real attempt to make serious attempts to stem gun violence in its myriad forms, from suicide to spousal murder, to school shootings, will be met not only with unwillingness, but likely with violence, as evidenced by Florida state Rep. Randy Fine, who tweeted after President Biden’s emotional remarks after the Uvalde killings, “I have news for the embarrassment that claims to be our President — try to take our guns and you’ll learn why the Second Amendment was written in the first place,” Fine wrote.

That’s indicative of the feelings of too many people in this country and it’s why I think America is broken. There’s something in the nation’s DNA that tips us in the wrong and violent direction. Perhaps it comes from our earliest days of the genocide of Native Americans, or the long eras of murderous racism toward Mexican and Asian people, and in later years, the Irish, the Germans, the Italians, and always Black people, from slavery to the present.

Or maybe it comes from sheer ignorance or the insane glorification of violence, the faux heroism of vigilantes and hate groups, the machismo of firearms, the increase in feelings of persecution and neglect. Maybe it’s heavy metal music, rap music or violent video games. Could be it’s cable news along with the continuing overamplification of divisiveness that comes chiefly from the increasing reverberations of social media.

But most likely it comes from the hysterical proliferation of firearms. With the Supreme Court all but throwing out the “well-regulated militia” reason for owning guns from the Second Amendment, virtually anyone can buy one. It’s easier than getting a permit for a yard sale. Sales of guns skyrocket at the slightest hint of even a minor restriction. Last year’s excuse was the unrest surrounding the George Floyd murder and COVID in general, with 23 million gun sales in 2020, a 65% increase over 2019. Today there are more than 400 million guns in the United States, where, by comparison, there are just 233 million registered vehicles. And of those 400 million, it is estimated that over 300 million guns are not registered and most were never required to be registered.

Unquestionably something needs to be done, and as Golden State Warriors coach Steve Kerr pointed out passionately and eloquently on Tuesday, whatever needs to be done needs to be done by our U.S. senators, and at least half of those recoil in dread at the prospect of doing anything at all.

And that fact, more than anything else, gives me a feeling of hopelessness. It’s a helpless, unhappy feeling; you always want to think that you can do something that will, even in a small way, help reverse the direction. Call my senator? I live in California, my senators already vote for gun reform and we have the strictest gun laws in the country.

Vote intelligently? I try. I voted for the right person as President, and President Biden also gave a passionate and eloquent talk to America Tuesday evening.

“Why are we willing to live with this carnage?” he said. “Why do we keep letting this happen?  Where in God’s name is our backbone to have the courage to deal with it and stand up to the lobbies?

Again, they’re just words, but they’re good questions. And I don’t have the answers.