I pledge allegiance to the flag of the United States of America, and to the republic for which it stands, one nation, under God, indivisible, with liberty and justice for all.

Read that again and let it sink in. Let America’s pledge to ourselves as a nation sink in deep. Let it get under your skin.

The violent insurrection at the Capitol illustrates one point clearly: America is not one, indivisible nation, but two, fragmented and warring enemies. We wear our colors proudly on our skin, black vs. white.

For many of us, the Capitol insurrectionists looked like our wives, our husbands, our friends and neighbors, our police officers and firefighters. They looked a lot like our elected officials. They were, almost without distinction, white Americans, and while some unforgettable images reflected a more eccentric element present, we quickly learned these terrorists were average, middle-class, working people, shook awoke from their American Dream.

The world watched as the truth of who America is played out in the stark and undeniable differences in police and political response to Black Lives Matter protests vs. the response to the insurrection at the Capitol. As the smoke from friendly fire cleared, we saw with clarity that, even when police officers’ lives really are threatened, white lives matter.

Let that sink in. 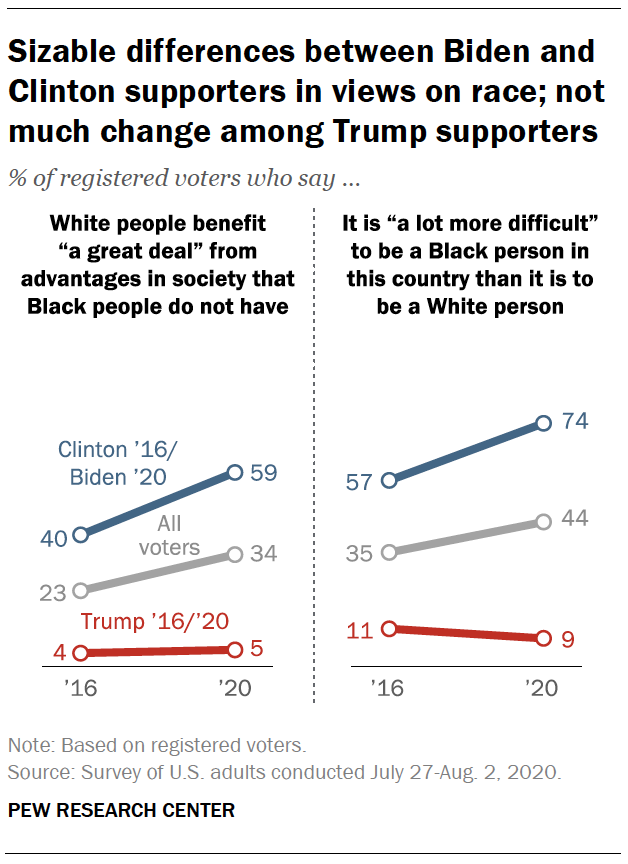 Donald Trump’s one term in office was precedential. I said what I said; Trump’s time in office was never quite presidential, but he set the precedent for being the anti-president: anti-black, anti-Semitic, anti-female, anti-immigrant, anti-gay, anti-everything American. Trump was even anti-white Republican if any of them dared challenge him.

Trump’s rise to popularity began when he questioned the American birthright of our first black president and culminated in his leading an insurrection against the same Electoral College that voted him in office in 2016.

Remember November 27, 2016, when he tweeted he’s lost the popular vote to Hillary Clinton because “millions of people voted illegally”?

We saw history repeating in 2021, as Trump, once again, attacked the integrity of Americans simply because he lost.

In her hit song, Truth Hurts, singer-songwriter Lizzo asked, “Why men great ‘til they gotta be great?”

We should ask the same of ourselves. Why is America great until we’re challenged to be great? How is it that we allowed Trump to buy us for a song, to lead us, like the Pied Tweeter of Politics, into the land of meritocracy, where, instead of liberty and justice for all, it’s idiocrasy and each American for themselves?

But what say we the people of Long Beach? What say we of the systemic disparities within our own beloved international city?

With Inauguration Day demonstrations expected at all 50 Capitol buildings across the nation in support of the twice-impeached president, will Long Beach find equitable ways to stand together for liberty and justice for all, or will we stand divided until we fall apart?

The author opposes capitalization of “black” and “white” in reference to race as false and misleading signification.