A Day of Blues aims to benefit musicians and the audience that misses them • the Hi-lo SHIPWRECKED, Part II: How Long Beach leaders charted a disastrous course for the Queen Mary READ NOW
- ADVERTISEMENT -

It would be trite to say the pandemic has local musicians singing the blues, so we’re not going to do that, still, the fact remains that few industries have been as hard hit by the pandemic as live music. And, we’ll let you in on a little secret: Though we hear from people all the time who terribly miss sitting in restaurants and strolling through museums, no activity is more passionately missed—not even close—than watching the performance of live music, whether it’s the symphony or karaoke.

A Day Of Blues, organized by Long Beach Blues Society and Long Beach Gives, aims to ease the burden on both sides of the stage by offering more than 10 hours of (almost) live music online, Thursday, Sept. 24, while simultaneously asking viewers for their help, i.e. money, for the musicians they miss so much.

“This seemed like a natural progression,” said Steve Proctor of the Blues Society, which for years staged the New Blues Festival in El Dorado Park. The festival was switched to Shoreline Park this year but, of course, has been postponed. “From performing outside, to being forced inside, you have this community in need, musicians who are really hurting. But, we’ve also seen how much people are willing to do to help, it’s really inspiring in such negative times, people have been really generous.” 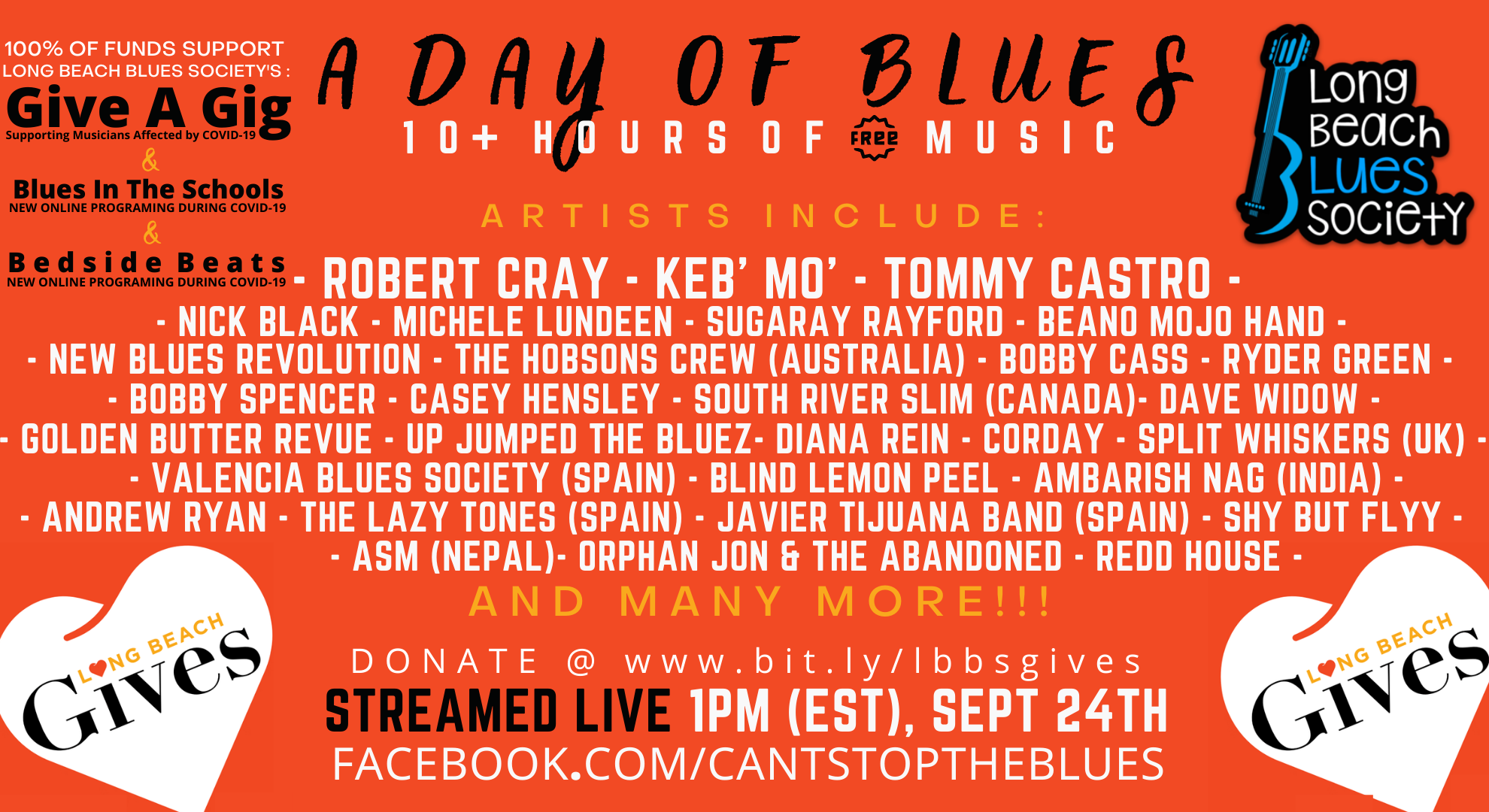 So, while you’re watching such heavyweights as Robert Cray and Compton’s Keb’ Mo’, along with such local stalwarts as Corday, Shy But Flyy and New Blues Revolution—among many others, see above—you’ll also be given the opportunity to provide some assistance that will not only benefit the individual musicians but such terrific educational programs that has top-flight, professional musicians teaching kids how to play musical instruments.

“The money not only goes to the musician but allows the musician to teach kids,” Proctor said. “I know there are a lot of music lessons online, but these are amazing, professional musicians that will not only teach how to play but be able to speak to the passion that drives the music.”