Bringing on Chef Brian Lavin to head the wood-fired-centric menu, Risse and his crew have departed from their German food focus—beyond Rasselbocks in Long Beach and LA, they operate Wirtshaus in West Hollywood—and opted to go Californian.

“We moved here four years ago and we love this neighborhood,” Risse said earlier this year. “There’s people walking, the schools are great, the community is great. But as far food goes, we know what we’re missing. We have great ramen [at HiroNori], great Mexican [at Lola’s], great pizza [at Dutch’s], but we really don’t have great, modern Californian cuisine.”

Think grilled prawns with romesco and a charred leek salsa verde. Or grilled whole dorade with Sicilian-style caponata. Or chicken liver mousse atop a crostini with pistachios, candied dates, and mustard syrup. 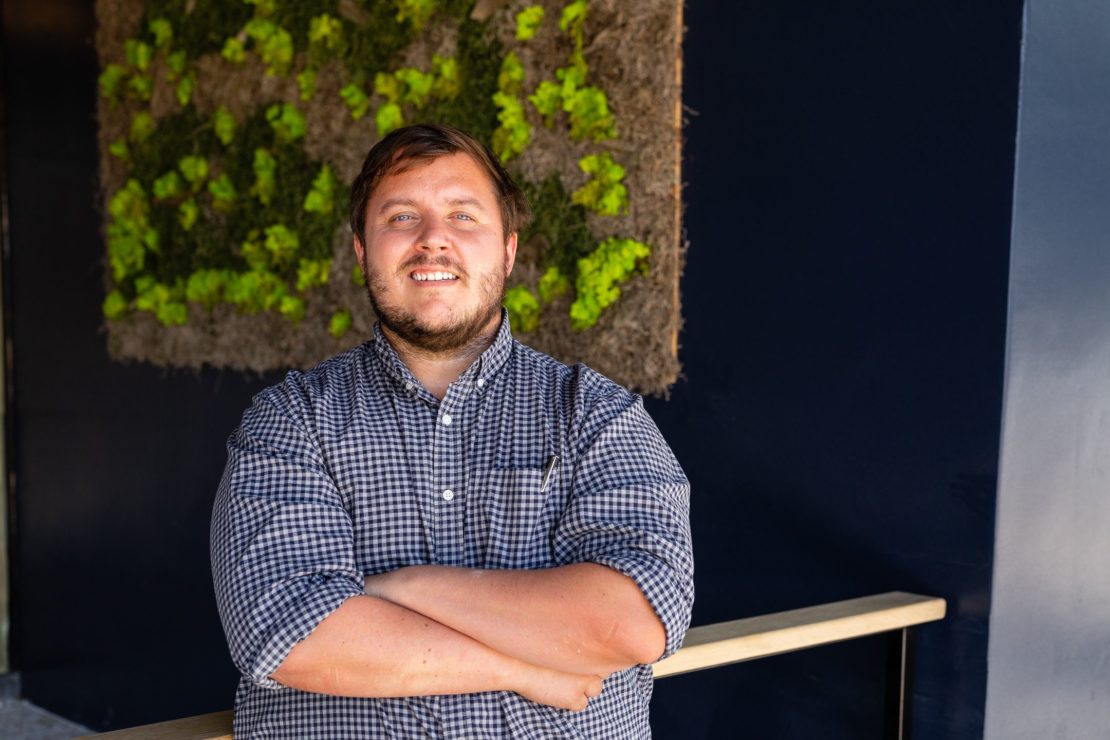 It is welcomed news: Bixby Knolls—like other parts of the city, especially Belmont Shore—has been facing an uphill battle when it comes to harnessing new restaurant concepts allowing staples to evolve with the times, something that has only been compounded with the pandemic.

Much loved Levantine food hub Baba Ghanouj—the creation of George Mitri, who introduced Long Beach to food from his home country of Lebanon—closed abruptly after serving the neighborhood for a decade. On the flip side, much newer spaces haven’t lasted: Pow Wow Pizza, Maurice Yim’s fusion pizza spot that attracted fans from L.A. to East Long Beach, announced their closure on a Sunday and shut its doors within a week.

And Tokyo Guild, the Japanese-centric space from Chef Takashi Sada, originally intended to be a ramen joint amid a saturation of ramen, didn’t even last a year before closing up shop—welcoming Risse to take over the space with Wood & Salt.

Editor’s note: This piece was updated to reflect the formal opening date of the restaurant.